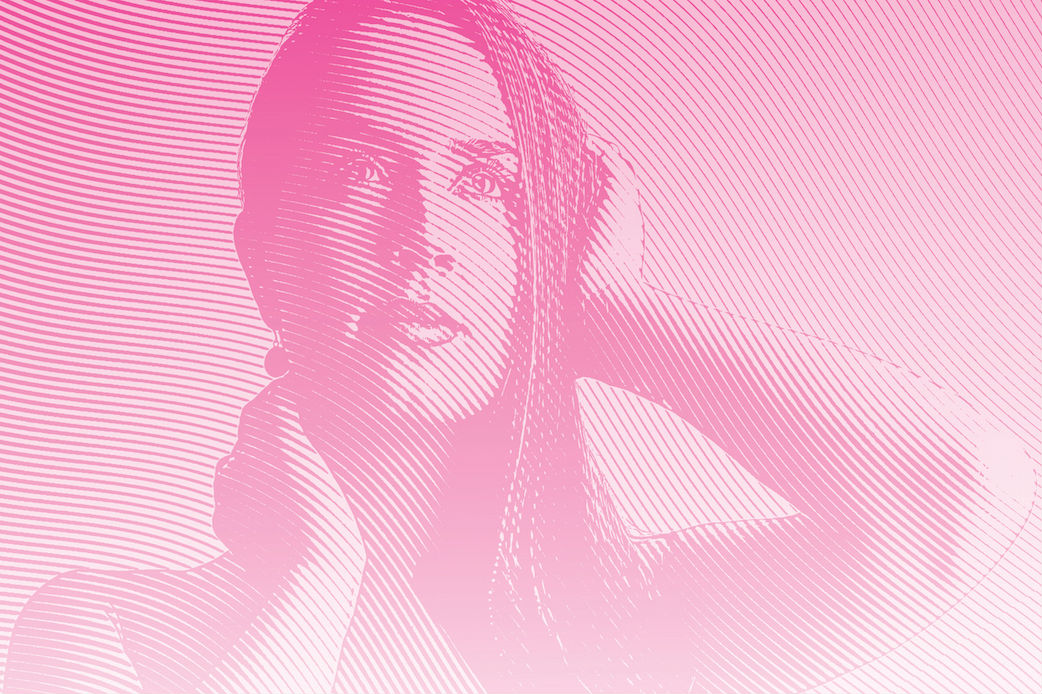 Once my doctor uttered the phrase “breast cancer,” I did not hear any more words — just buzzing, which was probably emanating from my super-fast heartbeat. She delivered the news over the phone, and while I prepared myself with a pen and paper, all I could write down was a single word: “cancer.”

Yes, I was upset. And then I became nauseous when I realized I would have to tell my 12-year-old. I worried, how do I tell my tween without causing emotional damage?

While my husband and I are both Jewish, at times it feels like we have a mixed marriage. He was brought up Orthodox, and although he’s not religious now, he maintains some superstitious leanings — specifically, do not speak about illness, especially the “c word,” as that will give you a kina hora, or attract the evil eye.

My family, however, were more like fairweather Jews. I did not grow up with the same superstitions, and so, when telling my son, I wanted to use the precise terminology: cancer. He was old enough to understand it, after all, and I did not want to keep secrets from him. And yet, I was concerned about his reaction. What if he started to bawl? Or get mad? Would he be able to handle it? Would I?

After much discussion and a consultation with my doctor, my husband and I agreed to tell our kid in a no pressure, low-key environment. We agreed it wasn’t necessary to tell him the specifics of my diagnosis and surgery. And, because tweens are notoriously self-centered, we would focus on how this would affect him. We are also quite aware that trust at this age is very important so we were going to be honest with him. I would do most of the talking.

Three days before my surgery felt like the right amount of time to tell him — we figured this would give him enough time to digest the news without it hanging over his head. We chose to tell him at dinner, as food pairs well with bad news. As I was cutting my chicken, I said with the same tone I would use when discussing the weather, “Hey, buddy, I want you to know that I am going to have surgery on Thursday, and I will be in the hospital for two nights.”

I explained that I expect to be fine, but I will be tired and will need to go to bed early. Because I would not be my usual self, he was going to have more responsibility at home — he’d have to make his bed (like, for real), clear his own dishes, and take over my pet-feeding shifts. Plus, we’d have to put our two mother-son rituals — usually, I take him to his after-school activities and I help him get ready for bed — on hold until I felt better.

I told him about the surgery first, and then the diagnosis — we wanted him to understand the logistics. And, as I recently learned, once you hear the word “cancer,” you do not hear anything else.

So it was tough knowing what the next words out of my mouth would be, because I knew they would upset his world. “I want you to know I am having this surgery because I have cancer,” I said.

His eyes popped wide open, and I took that opportunity to quickly explain that I know it is a scary word, but there are many types. I got lucky; this was caught very, very, very, early — the cancer was teeny tiny, and did not spread, so all I need is surgery. (And, I wanted to add, that’s why you should eat broccoli).

At last, I had run out of things to say. So I asked, Any questions?

“What kind of cancer?” Breast.

And, a comment: “Take three nights if you need it,” he said, and he hugged me.

Phew, I thought, Easy. Done. And, for the days leading up to the surgery, my guy seemed like his normal, 12-year-old self. He ate well, played with his friends, and completed his homework. My husband and I were giving each other high fives, proud that our planning and discussion proved fruitful. I did not worry about my child’s emotional state — I even bragged to a few friends how well my kid took the news.

On the day before my operation, we had breakfast, some laughs, and off my kid went to school. I went to the gym for my last pre-surgery workout, and, as I got on the bicycle, I received a long text from him — he was feeling ill, he said. His forehead was burning, a state that was confirmed by his friend (who apparently has a medical degree). Via text, we went back and forth: Should he go to the nurse? Come home?

Just how and why did he get sick all of sudden? I wondered. He was absolutely fine when he left the apartment.

But then, it dawned on me: He was probably so nervous about my surgery that it made him ill. And, perhaps, he was keeping his feelings inside because he did not want to upset me.

That’s when I realized that telling him is not a one-and-done event — it’s a process. While we may have done a good job in breaking the news to him, I’m learning the real work starts post-surgery. What is daunting and uncomfortable is that the conversations continue for a long time.

I had my surgery in January. It went well, no complications, and, thankfully, the cancer did not spread. I did not need chemotherapy, just hormone therapy, which might make me moody and sweaty with joint pain. For those first few days I was home, my son opted to stay close; he was extra careful with me and did not do his normal roughhousing.

Fortunately, by the time my four-week leave was up, we had returned to our usual routines. But since then, I continue to get questions that are difficult to answer or make me cringe. And they can come up anytime, so I have to be on my toes. Just recently he asked me, “How do you get cancer?”

That’s a tough one, of course, because nobody really knows. I also get questions that lead me to believe that he is getting misinformation: He told me that he heard from a classmate that you can get breast cancer from wearing a sports bra. “Is that true?” he asked me.

Sometimes, however, I feel even more troubled when he doesn’t ask questions. I worry he is afraid to ask me things, and that maybe he’s relying on Dr. Google. Sometimes I wonder if I should ask him if he wants to talk.

But, really, he only seems concerned when I go to the doctor for follow-up appointments. “I thought the cancer was gone?” he asks. When I reassure him that I need to go back to make sure the cancer does not return, he responds “makes sense.”

While I may do things in the future that will cause my kid some mental trauma — actually, I’m pretty confident that I will cause some trauma, as all parents do — I’m confident that how I broke the news about my illness, and its aftermath, won’t be one of them. And I’m grateful for that.