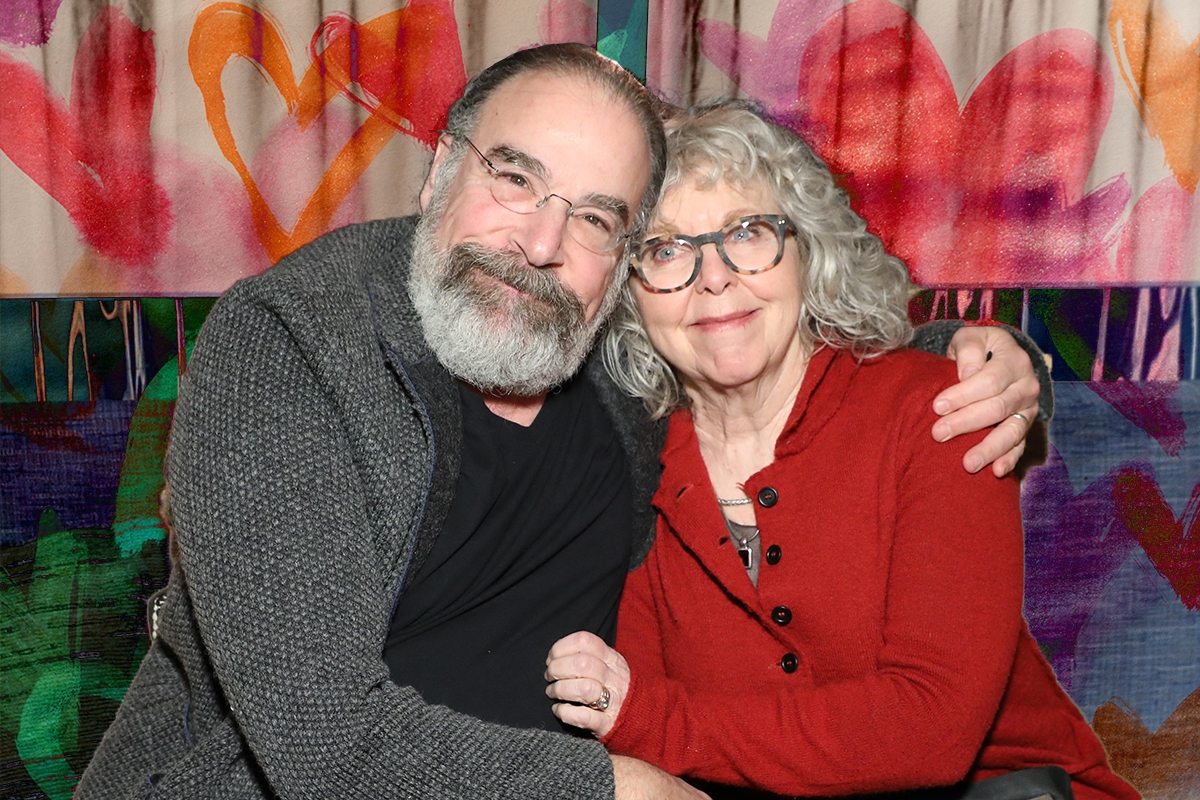 Well, looks like the TV gods are listening to my heart’s secret wishes because Mandy Patinkin and Kathryn Grody are getting a Showtime pilot based on their social media videos and I am, pardon my Yiddish, plotzing.

As I wrote for our sister site Hey Alma, the Jewish couple’s videos on Instagram and Twitter (and, later, TikTok) are a big reason why my sanity is still somewhat intact this late in the pandemic. Their banter and bickering, singing and doting, their matzah crunching and chicken soup slurping have helped give me joy, comfort and laughter throughout these, um, unprecedented times. And now, they’re coming to TV. Praise be to Hashem!

The pilot, which is co-created by Ewen Wright and Gideon Grody-Patinkin — AKA the couple’s son and intrepid social media producer — is called “Seasoned,” and will be a comedy (loosely? intimately?) based on the couple’s real-life relationship. It will go into production in July in New York City, according to Variety (if you happen upon any of the shoots, please FaceTime me. Thank you).

Showtime co-president of entertainment Gary Levine praised the couple who “fearlessly show us the joy and the chaos of marriage, aging and grappling with the indignities of everyday life.”

“We are thrilled to welcome them back to Showtime, along with their talented son Gideon and his partner Ewen, who are expanding their posts into a half-hour comedy pilot for us,” he said in a statement.

Most important was the couple’s own public response to the news, which was nothing short of perfectly on-brand. Filmed by Grody-Patinkin, the announcement video shows his parents eating lunch; Patinkin chides Grody for talking with her mouth full (we will always forgive her for that! Though, like Patinkin, we don’t want her to choke). “I didn’t know it was a comedy,” Patinkin, who is about to star in an upcoming Hulu series, told the camera. “I think Mom is very funny in life,” he told his son, but refused to admit that he was as amusing IRL.

Grody, who recently shared her favorite looks on TikTok, said she was mostly worried about wardrobe and people telling her what to wear. She also said she was worried that her acting on TV is flat, to which Patinkin responded with “honey, you have never been flat.” What. A. Compliment.

“I often play myself,” Patinkin mused to the camera, citing Saul Berenson of “Homeland,” to his son’s surprise. “He didn’t make fart jokes,” Gideon exclaimed. “He did make them, they cut them out,” Patinkin revealed.

The couple says they have recently “improved upon recovery from mutual annoyance.” I guess, as their videos show us, practice makes perfect.

We can’t wait to see these two mutually annoy and adore each other on our TV screens. This pilot needs to go to series — our lives depend on it!