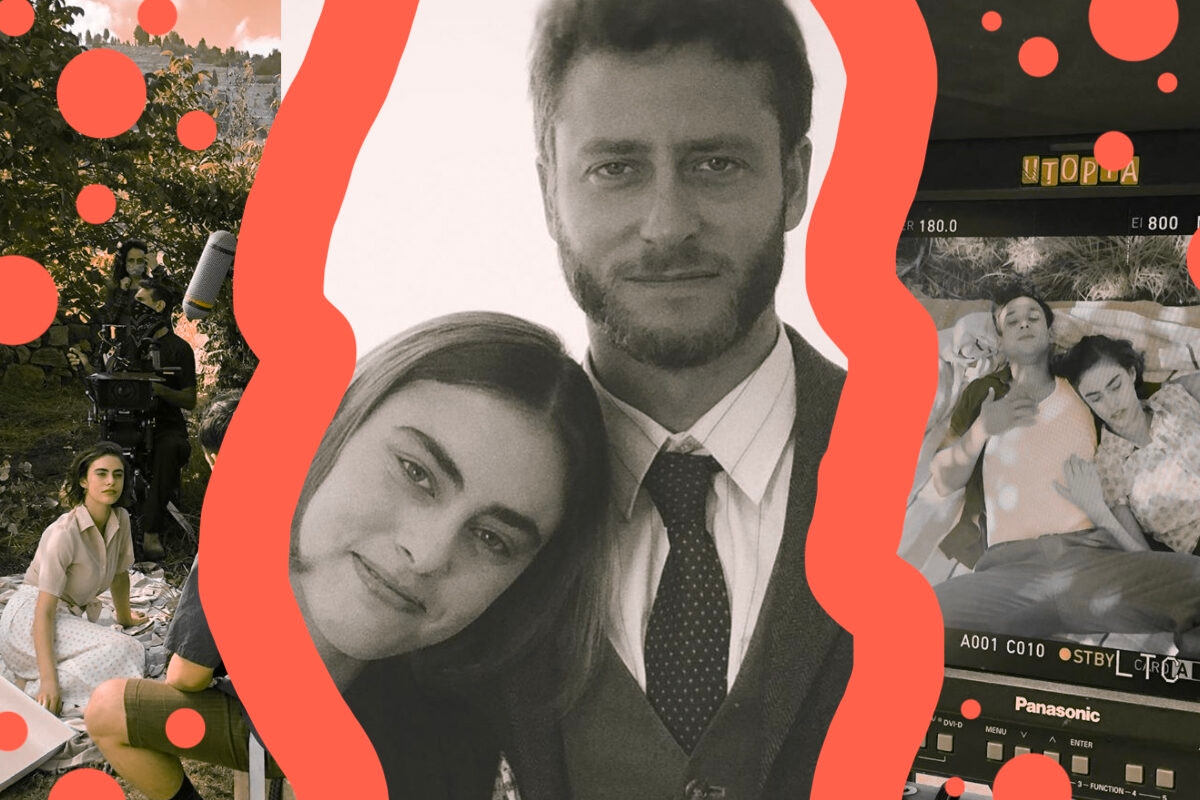 Yes! Yes Studios, the Israeli TV production and distribution company that brought us the instantly iconic series Shtisel and Fauda, is working on an epic new show and there are so many reasons why we’re excited.

For one, it’s going to be a wide-ranging period drama, the first of its kind and scope to be filmed and set in Israel. The Beauty Queen of Jerusalem — based on the bestselling Israeli novel of the same name by Sarit Yishai-Levy — tells the story of the Sephardic Armoza family, starting at the turn of the 20th century and ending in the 1970s. The show will be in four languages: Hebrew, English, Arabic and, yes, Ladino! (Yes, finally some Ladino representation on TV!)

But that’s not all. This epic new series is going to star our fave: Michael Aloni, AKA Kiveh from Shtisel. Are you swooning yet?!

So here are the deets, courtesy of Deadline: Yes Studios has committed to producing two seasons of this incredible drama, one of the most costly shows ever produced in Israel. It is set to premiere in early 2021 (not too long to wait for this one). The show is currently filming all across Israel (where TV production — including production on season 3 of Shtisel — is back in full force, with proper social distancing), including locations in Jerusalem, Acre, and Safed.

As for the cast of this show, it is killer and includes many of our favorite Israeli actors: Hila Saada, who stars as Vanessa in Beauty and the Baker — truly the most dynamite character in that show. There’s Yuval Scharf, who is fabulous in both season 1 and 3 of Srugim and in the British show McMafia (and in literally everything she does!). Itzik Cohen of Fauda also stars, along with veteran comedians Miki Kam and Dov Navon. Young actress Swell Ariel Or will star as the beauty queen of Jerusalem: Luna Armoza. Here she is with Aloni:

As for the story, it’s going to feature incredible Sephardic representation. After all, Yishai-Levi, the author of the novel upon which the series is based, is a 7th-generation Israeli whose family hailed from Toledo, Spain. While the story is hardly autobiographical, it is very much inspired by Yishai-Levi’s life. It was also meticulously researched by the Jerusalem-based writer, who is famous for being the first Israeli journalist to interview Yasser Arafat.

The story of the Armoza family, whose women have been cursed to live in loveless marriages, is the story of life in Jerusalem for Sephardi Jews, starting from the Ottoman Empire, through the British Occupation, and leading up to Israel’s independence. It explores the relationships between the Armozas and their neighbors, including tensions between Sephardic and Ashkenazi Jews. More than anything, it is a novel about the relationships between mothers and daughters — something we are very much here for.

Yishai-Levi’s debut novel topped the Israeli bestseller list for two years when it first came out in 2013. It was translated into many languages, including English — so you can read it yourself in anticipation of the show (or don’t if you want to keep the mystery alive).

It’s been a while since we were this excited for a new Israeli show, and we hope it becomes available to international viewers as soon as possible. In the meantime, we’re happy to report there are many great Israeli shows and adaptations you can binge (or re-binge?) while you wait.

Header image via Yes Studios and Swell Ariel Or on Instagram