'Shtisel' Season 3: Everything We Know So Far – Kveller
Skip to Content Skip to Footer

‘Shtisel’ Season 3: Everything We Know So Far 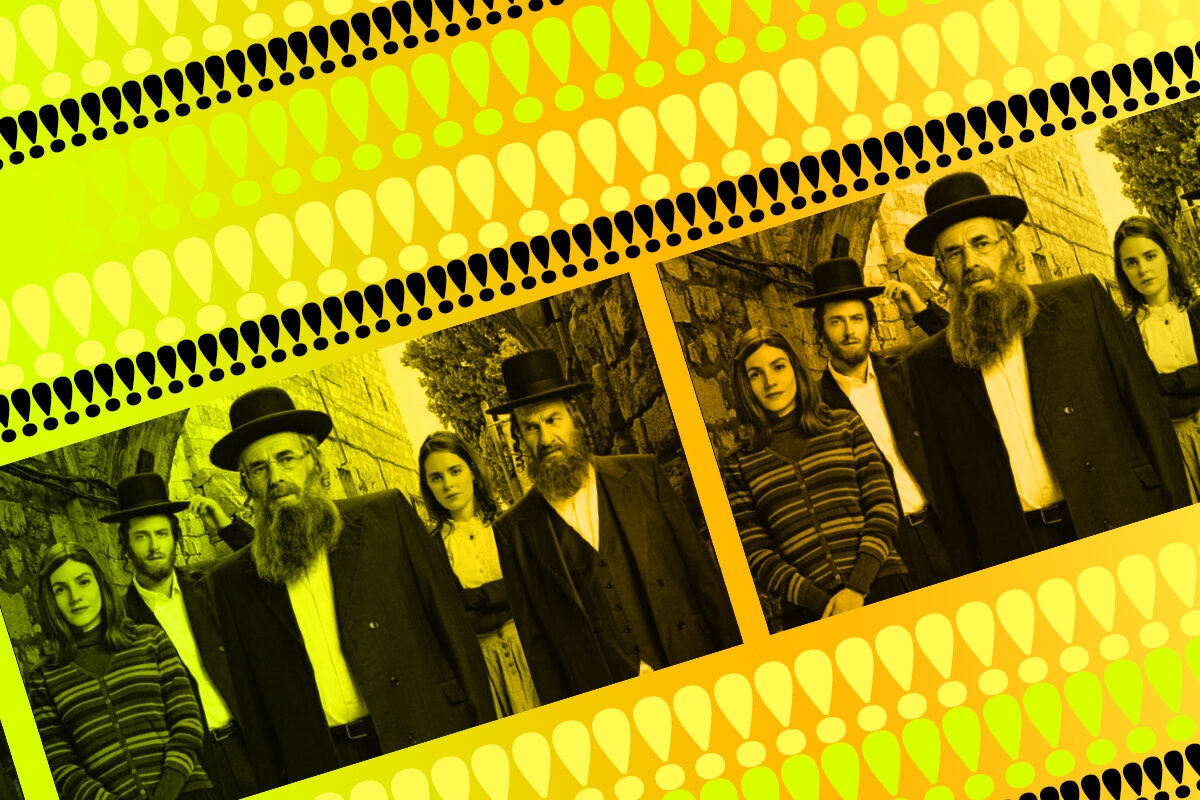 We all need some good news right now. And if you’re a fellow fan of Shtisel, the Israeli show about our favorite lovable and somewhat dysfunctional ultra-Orthodox family, I have truly excellent news: Production on the series’ highly anticipated third season has officially begun!

Back in March, I got to speak with actress Shira Haas about her other Netflix sensation, Unorthodox — and she told me that production for Shtisel‘s season 3 was slated to begin this spring.

But as Covid-19 erupted and TV and movie production ground to a halt across the globe, I decided to keep my hopes at bay. But, it turns out, Haas was right! We have just a few more days remaining in the spring of 2020, and work has, in fact, started on Shtisel season 3.

On her Twitter and Instagram story, the actress — who plays Ruchami, the young daughter of Lippe (Zohar Strauss) and Gittel (Gitti) Weiss (Neta Riskin)— posted a picture of herself with a script saying “Shtisel Season 3” along with the words “July 2020” on the bottom right corner. (We’re guessing that’s when they’ll start filming the season? Fingers crossed!)

“We can’t wait to start production on #Shtisel3 and see our amazing cast and crew again… it’s been a long time coming, but will be worth the wait!” Yes, the Israeli satellite and television production company which produces Shtisel, posted on Friday. The post tagged the show’s main actors, including Haas, Michael Aloni (who plays the talented and morose Akivah aka ‘Kiveh’), Zohar Strauss (Lippe), and Neta Riskin (Gitty), as well as executive producer Dikla Barkai and creators Ori Elon and Yehonatan Indursky.

Yoav Rotman, who plays Ruchami’s husband, Chanina, also posted a picture of the two of them at what appears to be a table reading for Shtisel on his Instagram stories, also writing “Shtisel 3 Here we go.” Haas reposted the picture on her IG story with the caption, “I hope you’ve missed Chanine and Ruchami.”

I have to say, we truly did miss them!

It’s been almost seven years since Shtisel first aired in Israel, introducing the local audience to the ultra-Orthodox family from the Geula neighborhood of Jerusalem, and four years since the second season finale aired. And while the enraptured Israeli audience hoped for a third season, the show appeared to be in limbo — no one said it was canceled, yet no plans for a third season were ever announced.

That is, until late 2018, when the show dropped on Netflix and took the world by digital storm. People everywhere were flocking to watch this enchanting family with its cast of diverse and fascinating religious characters. (In fact, a Facebook group called “Shtisel” – Let’s Talk About It” has over 20,000 members!)

Due to the unprecedented international buzz, in May of last year, co-creator Indursky announced at a London event that the show was renewed for a third season. Though it soon faced troubles from the Israeli Actors’ Association, Shaham — which pressured Yes to pay the cast and crew more, following the show’s sale to Netflix and its popularity — it seems like the kinks were finally worked out.

Shooting for season 3 was slated to begin in May. Then came the pandemic, which derailed everyone’s plans. The cast, like everyone else, were quarantining — including Dov Glickman, who plays Shulem Shtisel, the family’s self-centered but charming patriarch, who also quit smoking, both to get in shape for the series and to better take on the virus.

The cast even shot a Passover video from where they were socially distancing, featuring Glickman, Strauss, Aloni, Riskin, Hadas Yaron (cousin Libbi), Sasson Gabay (of The Band’s Visit fame, who plays uncle Nukhem Shtisel). “We are working on a new season for you, and we will see you soon,” Strauss said in the video.

Aw sweet . For all Red Sea Pedestrians the cast of #SHITSEL wishing a happy a Passover : pic.twitter.com/Se8kt39X4i

Shooting was then postponed to the summer. “We will then have to shoot over the summer in June or July, if possible, but that is a very hot period in Israel and for the actors wearing false beards, sheitels and heavy Hasidic clothing, it will be uncomfortable, which is a worry,” Barkai, the show’s executive producer, told Jewish News in April.

Luckily, they’ll be able to get tips from Haas and her Unorthodox cast mates, who shot their show about the Satmar ultra-Orthodox community in the heat of a Berlin August last year.

As for the release of season 3? Well, there’s obviously no date for that — yet. Perhaps late 2020 or early 2021? Either way, one thing is for sure: We’ll all be here, ready to binge it, once it comes.