My Ex and I Disagree About Coronavirus Safety. What Does This Mean for Our Kids? – Kveller
Skip to Content Skip to Footer

My Ex and I Disagree About Coronavirus Safety. What Does This Mean for Our Kids? 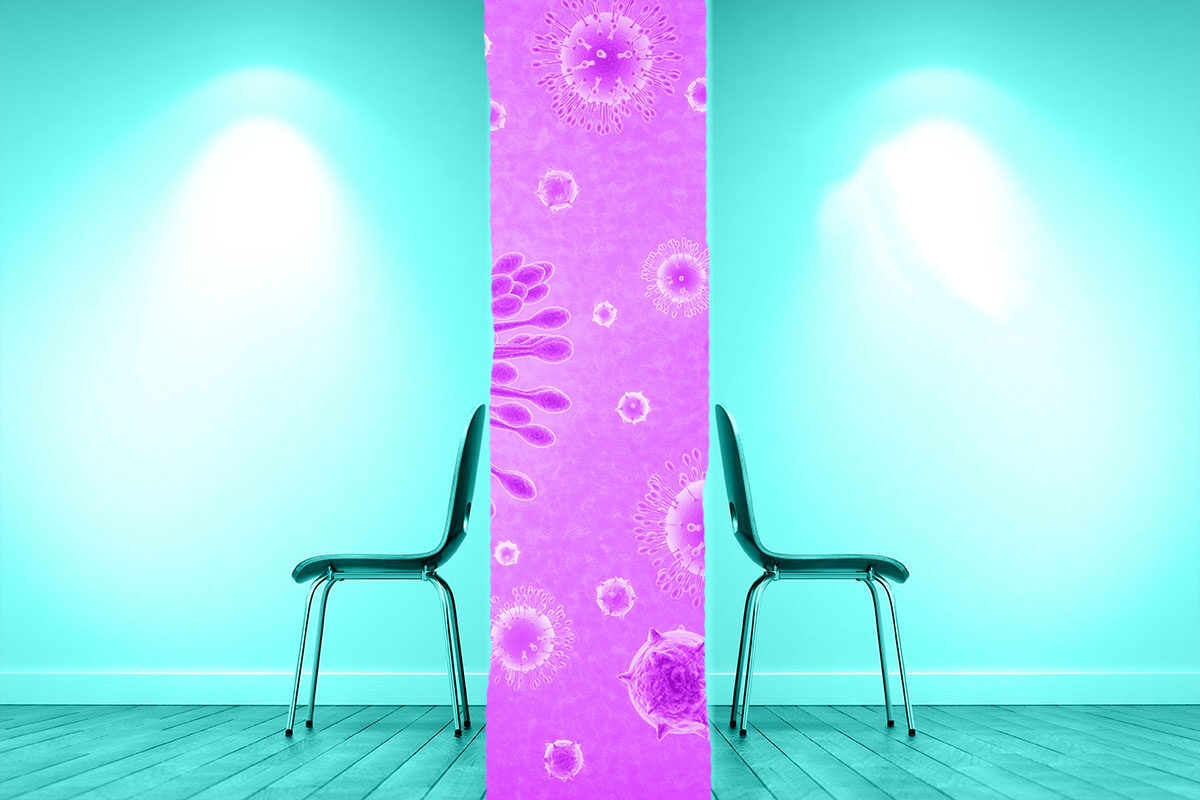 I’m not a wait-for-a-pandemic-to-come-knocking-at-my-door kinda gal, so I took COVID-19 very seriously as soon as it began spreading across the U.S. I started working from home about a month ago, before my office officially closed. I’m a single mom, and I kept my three children, ages 15, 13, and 9, home from school before their private schools shut down. I ran to Costco and stocked up on food and supplies. I bought weights online and stopped going to the gym even though it was still open. I got an Instacart account so I wouldn’t have to go out to go shopping. I bought board games, books, art supplies, jump ropes, and sidewalk chalk.

I live in Florida — a place in which some might argue has already seen a societal breakdown — so on top of worrying about the virus, I now need to worry about how the proverbial “Florida Man” will react to an economic breakdown. How am I supposed to protect myself and my kids if essential services are disrupted, and hungry, job-less people start rioting in the streets? On the advice of my ex-military personal trainer (who has been waiting almost too gleefully for this kind of scenario), I bought a solar-powered radio, a road map, canned food, dry goods, propane gas, a first-aid kit, extra toiletries, water purification tablets, seeds, batteries, gas canisters and bear spray (as an alternative to a gun).

I think you get the gist of it: I was PREPARED. The one thing I was not prepared for, though, was how my ex-husband would react to the pandemic. He and I are rather different, and he’s adopted a more laid-back, devil-may-care attitude in response. Over the past few weeks, he’s talked about prioritizing the economy over lives, how self-isolation will be psychologically damaging, how the media is fear mongering, how the personal risks aren’t that great, and how he was being cautious (he was washing his hands often), but wasn’t too concerned.

I stood in my overstocked, overstuffed house and panicked. The growing pit of fear in my stomach was now feeding on new concerns: how my ex’s actions would affect me and my children. Normally he and I have a very good working relationship, which, up until now, has never been tested by the strain of a global pandemic. We don’t see eye-to-eye on many things — which likely contributed to our divorce — but we have both worked hard to co-parent with respect and deference for the other’s opinions.

So, I gave serious thought to his perspective. While I strongly disagreed with him, he did have some valid points, and who’s to say my extreme, doomsday-esque approach was right? I thought about the inherent lessons we were both offering our children. My approach taught them about social responsibility, sacrificing for the greater good, and the value of life. His approach taught them about independent thinking, helping others in need (he was able to do more for others while not self isolating), and the value of living.

When the schools officially shut down, we agreed to keep to our 65/35 timeshare, but to be more flexible on how we split those days up. However, as it became clear that my ex was not taking this virus as seriously as I was, I tried to keep my kids with me for as long as possible, hoping that the Florida government would catch up and impose stricter restrictions. But Passover was fast approaching, and it was his turn to have them for the holiday. When we discussed this on the phone, I found out he was planning on having other families over for the seder, that the children in his neighborhood still played outside together, that people he was in close contact with still went to work, and that even with the new government restrictions and rabbinic suggestions, he still thought the media was blowing this out of proportion.

I struggled with what to do. The area he lived in had the second highest number of cases in the state. Had he already been exposed? Do I keep the kids with me or send them to him? Do my safety concerns for my children and myself supersede their father’s rights to be with them? Is the risk to my health, my children’s health, and the health of anyone we might come into contact with really that great? Is that risk greater than the risk to my children’s mental and emotional health of not being with their father for the foreseeable future? Now that we’re facing a pandemic, do I get to have a say in how my ex conducts himself and the choices he makes, when the approach we’ve adopted until now has been “to each their own?”

I worried that by keeping our kids, I’d open a Pandora’s box of issues. How would I feel if my ex, who is more religious than I am, wouldn’t send the kids to me unless I agreed to stricter adherence to Jewish law? As a therapist and coach who specializes in divorce and parenting, who pushes an agenda of peaceful co-parenting, will this affect my career? Can my own mental health (and bank account) survive non-stop parenting without reprieve? And finally, is this worth the potential fallout between us, undoing years of positive relationship building, and destroying a future of amicable co-parenting?

I mustered every internal therapeutic resource I had and began a completely different kind of preparation for negotiations with my ex. When speaking with him, I kept calm, used “I” statements, expressed my personal fears and concerns and even laughed with him at my “insane” approach, but begged him to please pander to it. I searched for objective truth and questioned how much my ego was at play here. I called on every external resource I could think of to help give me perspective, clarity, and advice, among them my friends, family, rabbi, a government official and my pediatrician for their official recommendation.

I called my lawyer to go over my rights and know the legal implications involved. As his plans involved violating the shelter in place order, I was within my legal rights to withhold, and I was advised to prioritize my health and my children’s health. And still I was hesitant. So I sat down and composed an email, where I asked him to adhere to certain guidelines (those of the CDC and WHO) and agree to them in writing. He could have the kids, I said, I just needed a few assurances.

But it was too late. He felt I was infringing on his parental rights, interfering in his personal life, and making demands I had no right to assert. He was concerned that my negligent religious observance would keep me from giving the kids a proper, Jewish Passover experience. We were at a standstill and agreed to bring in a mediator.

The stress was overwhelming. I was having flashbacks to my difficult and emotionally draining divorce. My children were starting to question why they weren’t going to their dad’s and I was torn about how much information to share with them. I told them that the newly imposed government stay-at-home order left us unsure about how to proceed with timesharing. They didn’t buy it.

So, I explained to them that these are unprecedented times, that nobody is really sure what the best approach is, that their dad and I have different opinions, that having different opinions is OK, and that instead of fighting, we were letting an unbiased, third party make the decision. My children cried and said they missed their dad. I cried, too, and told them I wished things could be different. I thought about recanting, but the ever-present pit in my stomach reminded me that in such an unsettled time, where things are drastically changing day by day, where life and death issues are on the line, how can I send my kids to someone who will not take my sensitivities, opinions, and maternal instincts into consideration? In a world brought to its knees by a tiny, powerful virus, isn’t it better to simply err on the side of caution?

We both presented our sides to the mediator and in the end, he decided that the safest decision was to have the children stay with me. My ex, to his credit, accepted the decision with grace, as did my children who told me they would make the best of the situation.

When it comes to co-parenting, I generally believe that neither parent has more rights over the other. But when safety is a concern, that belief can be challenged. I did not make this decision unilaterally. I got experts involved and put the final decision in the hands of a mediator. I do not know what the long term effects of this are going to be, but right now, I am operating day by day. I’ll show my kids extra love, I’ll extend olive branches to my ex, I’ll deal with my frustrations over the unfairness to everyone, and most importantly I’ll be thankful for all that I have.