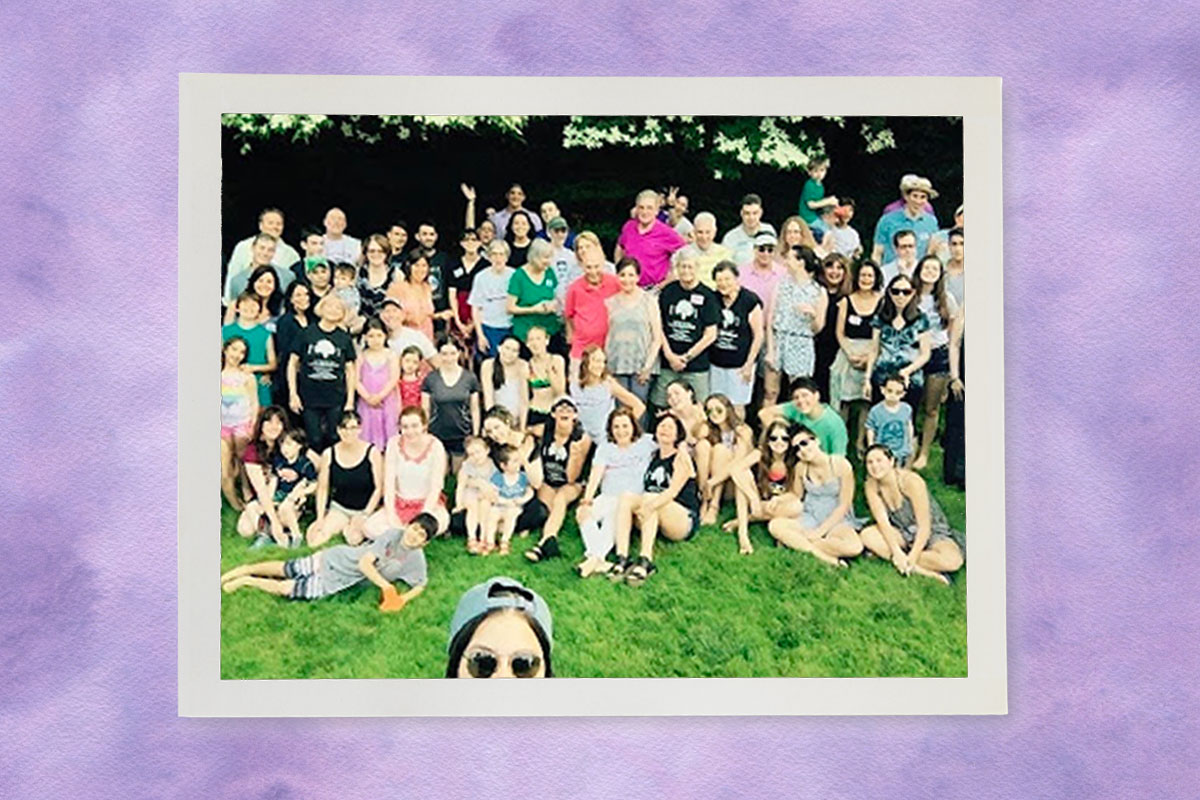 Our extended family has been celebrating the first night of Passover under the same roof for nearly a century. Known as The Goldberg Family Seder, cousins travel to Philadelphia from California, Washington D.C., and New York. As a child, I believed this was a typical Jewish family gathering. It wasn’t until I was a young adult that I realized this was certainly not the norm. Our most unusual, yet incredible, seders resulted from the pogroms in Eastern Europe during the late 19th and early 20th centuries.

My great-great grandmother, Sadie Goldberg, came to America at the age of 11, traveling alone with her 13-year-old sister. As the fear of pogroms in Ukraine heightened, their parents decided the girls would be safer in America, alone, than at home with their family. Pogrom is a Russian word which means to “wreak havoc.” It describes the anti-Jewish attacks that decimated countless Jewish communities in Eastern Europe during the late 19th and early 20th centuries. Girls and women were singled out for rape, harm, and murder. From this environment, our family matriarch made her way to America with her sister. Today, when I read about the innocent civilians of Ukraine fleeing their homes and leaving behind everything they know and love, it reminds me of my great-great grandmother’s journey many years ago.

The courage to leave their parents, their comfort, their home, and everything they knew, would one day allow Sadie’s family to establish traditions that are still strong today. She married and had ten children of her own, one of which was my great grandmother. Each sibling married and had their own children, and each year on the first night of Passover, they gathered to commemorate our ancestors’ liberation from slavery in Egypt. And so, the Goldberg Family Seder began.

In the early years, the seder took place at Sadie’s home, but, eventually, the ten siblings took turns hosting. My grandmother remembers her father moving the living room furniture downstairs and a lofty table filling the room. Family traditions were important to Sadie as evidenced by her remark at the end of every seder: “Let’s do this again next year!”

To say we’ve had to add a few chairs to our seder table is an understatement, but our family continues to enjoy the first night of Passover together, five generations later. Some of my earliest memories are of the Goldberg Family Seder where my many cousins and I recited The Four Questions and excitedly searched for the afikomen through mysterious hallways of an Atlantic City event hall. With the entire hall reserved for our family, some wings were closed off to guests, but that only sparked our curiosity further. It was a night of adventure; exploring darkened ballrooms and searching for the afikomen in the coat closet, which was filled to the brim with almost 100 family members’ jackets.

Now held at a country club near Philadelphia, our seder is led by my cousin, a well-known rabbi whose brilliant presence is felt from across the room. As the youngest generation sings Dayenu, the song traditionally sung during the telling of the story of Exodus, the children act out the story of Passover. As we catch up with one another after the meal, I now watch my own children as they eagerly wander hallways in search of a tiny piece of matzah. It’s a simcha in more ways than one.

Keeping our family tradition alive is no easy feat, but when a family enjoys each other’s company as much as we do, dedication comes easily. My grandmother is now the oldest member of the Goldberg family, and she has taken pride in being the point person behind the scheduling. With the help of a cousin, evites are sent, a room is reserved, and the menu is finalized. No friend or significant other of any family member is ever turned away. For this reason, those who join our family celebration via marriage or friendship are welcomed with open arms. Sadie’s wish to gather again next year has repeatedly come true and we wouldn’t have it any other way.

Each year at our Passover Seder, as we recite the story of our ancestors‘ liberation from slavery in Egypt, we also remember Sadie and her escape from persecution in Russia. We look around the room, at our multi-generation family, and thank G-d that Sadie’s voyage enabled all of us to thrive and be here together, under the same roof. Dark history has a way of changing the future. Sometimes for the worse, but often for the better. When we find ourselves amid times of conflict and destruction, we must remember to look for the discrete, yet meaningful, positives that may arise in the aftermath.