7 Facts About Passover That Will Surprise and Delight You 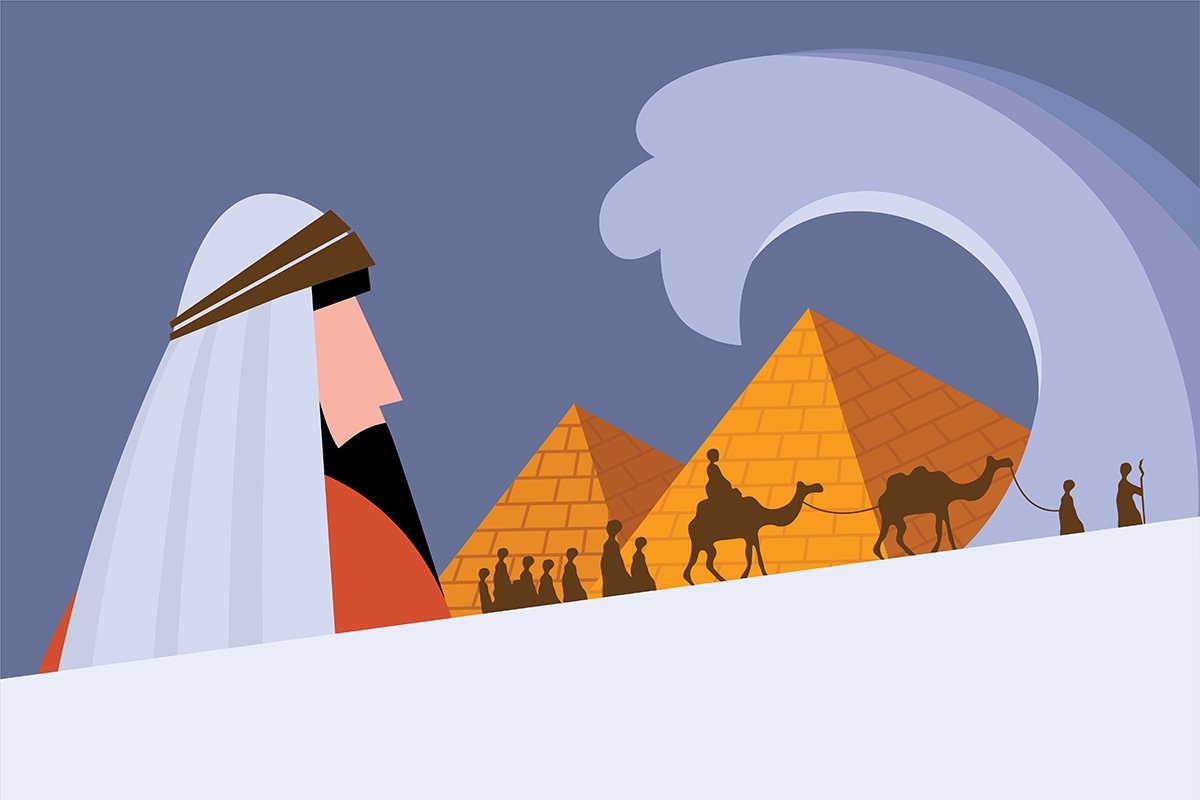 Had I only gotten out of hosting last year’s seder, dayenu! But here we are, another pandemic Passover, which begins this year at sundown on Saturday, March 27 and lasts through April 4.

Passover celebrates our liberation from slavery in Egypt and rebirth as a free people; it is the most widely celebrated Jewish holiday among American Jews! We prepare by cleaning our homes of hametz (leavening), refrain from eating most carbs, attend or host two (Zoom) seders, and renegotiate with our oldest child that this year will absolutely be the last year they have to sing the Four Questions.

The Passover story — you can find a short recap here —  is foundational in Jewish tradition, spanning four of five books in the Torah. Symbolic themes are prevalent throughout: slavery, faith in God’s deliverance and miracles, feminism, rebirth, and freedom.

So, what are you waiting for? Grab a box of matzah, dust off your haggadah, pour yourself a glass of wine (or four) and enjoy these lesser known but totally kosher for Passover facts:

1. Passover is also called Chag Ha-Aviv or Holiday of Spring.

Happy spring! Passover is purposely and metaphorically linked with this season. Just as our earth is reawakened after months of harsh weather and dormancy, Passover commemorates our peoples’ suffering and celebrates our re-emergence as a liberated nation. Rabbi Michael Strassfeld emphasizes the influence the season has on the holiday, from thematic similarities of our story of renewal and growth, to the dreaded act of “spring cleaning,” to the use of a leafy green vegetable (representing spring) on the seder plate.

2. Women save the day, once again!

Women’s roles are intrinsic to the Passover story. Five heroic women are highlighted at the very beginning of our story; biblical scholar Andrea L. Weiss recognizes them as having ensured the eventual deliverance of our people. In the first chapter of Exodus, Pharaoh commands two midwives, Shifrah and Puah, to kill all newborn boys with the hope of weakening and decreasing the Israelite population. They refuse, and their excuse is quite believable, even back then: “[Hebrew women] are vigorous. Before the midwife can come to them, they have given birth.”

Three more women save and protect Moses’ life: Yocheved, Moses’ mother, no longer able to conceal her infant, places Moses in a basket and sets it along the Nile to be followed by his sister, Miriam. Miriam watches over her brother and interacts with Pharaoh’s daughter, who rescues baby Moses from the river. A non-Israelite, she defies her father’s decree to kill all Israelite boys and adopts him as her own son.

These actions are nothing short of extraordinary, and together, these women saved our eventual leader and most distinguished of prophets. Now, if only he wanted the job…

Talk about chutzpah! Thus far in the Torah, our prophets are known for saying “yes” to God — for example, God tells Noah and Abraham what to do, and they do it.

Moses, by contrast, already gets special treatment when God appears in a burning bush, which isn’t nearly enough to frighten Moses into agreement. Then, there is a unique dialogue between God and Moses in Exodus 3:11-4:17 that has a pattern of Moses offering an objection and God’s unwavering reassurance and support.

The fifth time, however, is my favorite. Moses requests, “Please, O LORD, make someone else Your agent.” At this point, God begins to lose patience with the new prophet, assures him that his brother Aaron will be his spokesperson, and the discussion is officially OVER!

4. Moses is mentioned only once in the haggadah!

The instructional manual we use to lead us through our seder is called the haggadah, Hebrew for “telling.” Moses, honored in the Torah as the greatest prophet of all, is mentioned but one time in the haggadah, in the quoting of Exodus 14:31: “[The Israelites] had faith in the LORD and His servant Moses.” That’s it!

Biblical scholar Marc Zvi Brettler offers an answer as to why: Much of the haggadah was written during the classical rabbinic period, which spanned the 1st through 6th centuries, and therefore, its contents were “filtered” through the lens of its rabbinic redactors. The rabbis wanted to emphasize God’s marvels and miracles as divine, stressing the difference between God (deity) and Moses (human).

5. “Kosher for Passover” has a different meaning depending on your family’s heritage.

I’m a proud Ashkenazi Jew, but I enthusiastically adopted my Israeli Sephardi husband’s Passover dietary traditions upon getting married.

Why? Well, during Passover, all Jews are prohibited from eating hametz, namely wheat, spelt, oats, barley, and rye. The reason is stated in the Torah: After the tenth plague claimed the lives of Egypt’s first-born children, the Egyptians urged the Israelites to leave immediately. They then baked their unleavened dough quickly and took their fresh matzah on their journey.

However, in contrast with Askenazi Jews (who, broadly speaking, are of Eastern European descent), Sephardi Jews (originally from the Iberian Peninsula) are permitted to eat kitniyot. The Hebrew for “legumes,” these include beans, corn, rice, and all of their derivatives. Biblical scholar Jeffery Spitzer explains that kitniyot were first banned in the 13th century for fear of unintentional mixing or substitution for wheat ingredients.

6. Passover is celebrated for seven days in Israel, and eight days in the Diaspora!

First the Sephardi Passover diet, and now this?!  In Exodus, we read that Passover is celebrated from the 14th to 21st of the Hebrew month of Nissan. Why, oh why, then, do Jews living outside of Israel keep Passover for an extra day? Rabbi Daniel Kohn teaches that, around the first century, the Sanhedrin (Jewish governing body), would alert Jewish communities of holidays’ commencements by lighting fires to be seen by designated witnesses. These witnesses would then light their own fires to help spread the word. Very unfortunately, during times of strife with neighboring non-Jewish communities, random fires would be lit with the hope of sending confusing signals to the Jewish population, ensuring discrepancies as to when a holiday would begin.

To avoid this problem, the Sanhedrin sent messengers by foot. However, depending upon the distance from Jerusalem, communication could be delayed. Therefore, those living outside of Israel developed the practice of celebrating certain holidays one day longer, overcompensating to make sure the holiday was observed on the correct day. This became known as yom tov sheni “second festival day.” Even after the Jewish calendar was set, the Diaspora community continued to extend the holiday of Passover (and Shavuot and Sukkot) by one day.

Also, in Israel, only one seder is held for the same reason!

7. The Cup of Elijiah settles a dispute, both literally and metaphorically.

Rabbi Simeon J. Maslin explains that during our seder, four cups of wine are blessed and consumed to represent God’s four promises to the Israelite people found in Exodus 6:6-7, “I will free you…deliver you…redeem you…take you to be My people.”

However, just a verse later, a fifth is revealed: “I will bring you into the land…” The Talmud records a dispute over how to categorize this fifth promise: Is it to be counted with the first four, thereby needing an accompanying (fifth) cup of wine? Or should it stand alone, allowing only four cups of wine?

There is a Talmudic term, teku, marking an indecision. (I’m totally using this from now on in my parenting!) The cups-of-wine question was determined teku, and the haggadah offers this solution: Four cups of wine would be drunk throughout the seder, and a symbolic fifth cup would be poured and reserved for the Prophet Elijiah.

As awesome as Elijiah is, what role does he have in our telling of the Passover story? Well, Elijiah is associated with two tremendous prophecies: The first is the ushering of the Messiah, who will bring a time of peace and tranquility for the Jewish people, and the second is to resolve all the discussions left teku!

Well, I guess that’s how the matzah crumbles! Wishing you and your families a safe and pleasant holiday and prayers for “Next year together!!!” Pesach sameach!