My Jewish Daughter Is Just Like Me, for Better or for Worse – Kveller
Skip to Content Skip to Footer

My Jewish Daughter Is Just Like Me, for Better or for Worse 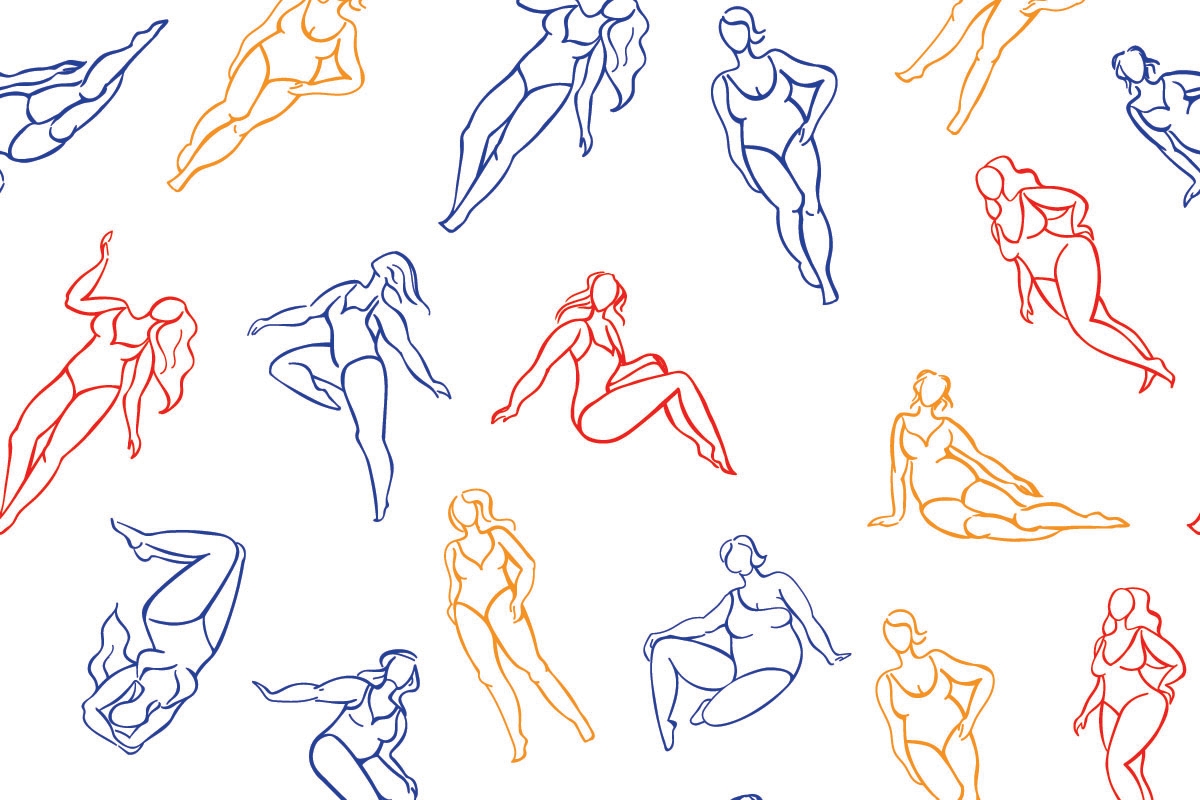 My daughter’s hair, in braids the day before, fell in loose swirls imitating my naturally wavy hair. I told her she was beautiful and kissed her forehead.

It was a sweet moment. And yet, her words nagged at me. As she went to play, I sent up a silent prayer that she wouldn’t be just like me. It was a silly thing to obsess over —  an offhand comment — but it really struck a chord.

Parents across the globe want their children to be happy and to surpass them in skills, success and good luck. I wish that for my children, too. But I also hope that both my kids don’t have to deal with depression, anxiety, eating disorders or body dysmorphia  — or mental illness of any kind. You see, these issues have defined my life.

I struggle with major depressive disorder, generalized anxiety and a binge eating disorder. I was hospitalized two years ago for being suicidal and abusing my medications. While I fervently hope that this will not be my kids’ genetic inheritance, I think I’m most concerned about my daughter, who is nearly 7, having an eating disorder and inheriting my body image issues (which is common in millennials like me) and low self-esteem. I’m concerned about my son, too, but I feel like society is crueler to women and girls — we’re supposed to look and eat a certain way, and I’ve never fit the mold. Girls have the weight of the world on their shoulders, the only extra weight that’s deemed acceptable.

I’ve spent almost four decades viewing my body with disgust and judgment. I’ve been thin and I’ve been obese. I was so ashamed of my body that, after having children, I went to a surgeon for a tummy tuck, liposuction and a breast reduction. I did feel better afterwards, but I wish I had embraced my body before going under the knife. It doesn’t matter much, however, because I gained most of the weight I lost from surgery. So much that I then had gastric sleeve surgery.

Nothing wrong with that, either, unless you don’t deal with your eating disorder and any other underlying issues. And I did not. I lost 30 pounds, then found them. I over-ate and didn’t care how dangerous or painful it was. And here I am, obese again — full of challah, chocolate and self-loathing.

How do I explain my obsession with being thin to a child? And to a Jewish child, nonetheless, in which food is almost always a focal point of our celebrations and get-togethers? We’re taught to thoroughly enjoy food — but I can’t just enjoy one or two bites. I have to eat it all, to compulsively overeat, and then the waves of self-hate wash over me.

How do I tell my daughter how I have loathed my body? How do I justify all the harm I’ve done to myself? Will she understand that my brain tells me I’m fat, ugly and unworthy? And that sometimes, in my darkest moments, my brain suggests that I should kill myself?

These are all questions that I don’t know the answer to, but I know I have to try and change my daughter’s trajectory. She needs to hear and see me being confident, no matter the number on the scale. She needs to know her weight doesn’t equal her worth. But she’ll only learn it if I teach it.

So I’ve started to wear a swimsuit without a coverup in public. This was no easy feat — and it’s still not. I feel very uncomfortable and worry about what others think. But when I push past it, it’s an amazing, empowering feeling. You just have to rip off your coverup like a bandaid — fast, so it’s not painful. I also tell myself that I’m beautiful when she’s within earshot, and I go to weekly therapy so I’ll end up believing it, too. Baby steps, but progress nonetheless.

I’m both frustrated and angry that I have body image issues and an eating disorder. It has taken me a long time to realize that I’m not the only one with this problem — and that it’s not necessarily my fault. Just so you know, 9 percent of Americans (more than 28 million people) will have an eating disorder during their lifetimes. That’s insane. Eating disorders are among the deadliest mental illnesses, second only to opioid abuse disorder, according to the National Association of Anorexia Nervosa and Associated Disorders. What’s more, some 28 to 74 percent of eating disorders stem from genetic heritability.

I didn’t get this way by myself. The deep-seated belief that fat equals ugly and unworthy comes from our nation’s obsession with diet culture. I’ve been trained to correlate being thin with being happy and successful. That’s just sad, but I didn’t know any better when I was young. I was in fifth grade when a boy first called me fat. That’s about the time body image plummeted, and I started eating my feelings. We’ve been tethered to these dangerous societal norms since we were kids. At some point we must grow up and buck them.

That’s why I’m so glad to see the body positive movement, where brands, organizations and people advocate for acceptance of all bodies regardless of ability, size, gender, race and so on. For example, Dove’s campaign helps young people overcome their body image issues, while Nike has created a workout clothing line for women of all shapes and sizes. Aerie stopped retouching photos of models and started being more diverse and inclusive when it comes to their models. This is all great! I love hearing (and seeing) “all bodies are good bodies.” It’s going to take time for people (especially people like me) to accept these beliefs because we’ve been brainwashed to believe we’re no good unless we’re skinny.

I reject that doctrine — for both myself and my daughter. Her eyes are constantly on me, so I better do this right. I no longer get on the scale when she’s around. I exercise to feel good and be strong — I celebrate strength rather than a number or dress size. I don’t want to cringe when she tells me she’s just like me. I want her to see herself as God does. And no doubt, her mother. I’m slowly but surely getting there.

I have overcome so much. I know I can battle my eating disorder and win. I’ve been fighting my brain and its misfiring neurons for two decades now, but I have the grit and the resilience to persevere. And that I don’t mind if she inherits.