My Jewish Mother Wished I Called More. Now I Get it. – Kveller
Skip to Content Skip to Footer

My Jewish Mother Wished I Called More. Now I Get it. 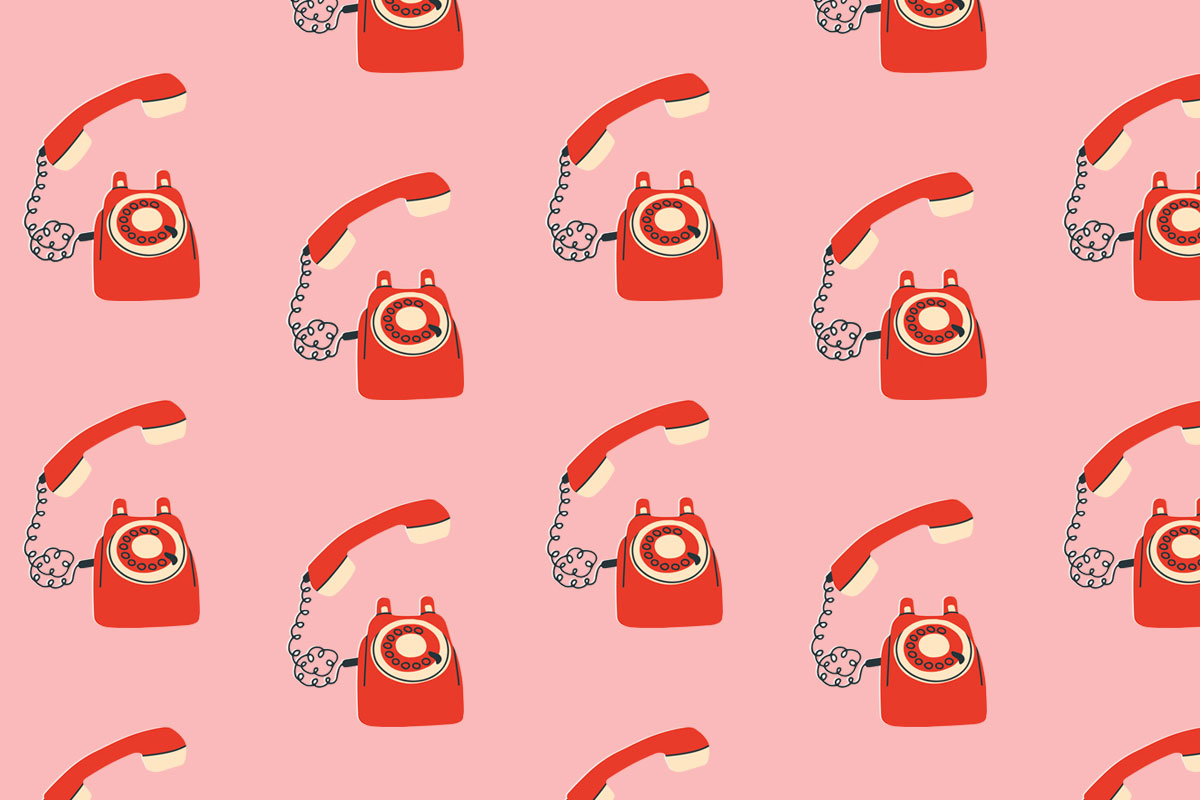 My two sons rarely called. I sometimes asked, “Would it kill you to call your mother?”

This hackneyed complaint of Jewish mothers was also an inside joke in our family. It began when my children went away to university and my husband spotted a cartoon in the New Yorker. In it, two sad-looking dowdy (I presumed Jewish) women stood in front of a tombstone of a “loving son,” one carrying a small bouquet, the other clutching her shoulder. The caption beneath read: “He finally called, and it did kill him.”

I had a Jewish mother. I rarely called her. She called me every day though, almost up until the day she died. When I saw her name on caller ID I would often let the call go straight to voicemail. I had less of a need to talk with her than she did with me. Besides, it wasn’t ever much of a conversation. Mostly, she would either complain about her second husband or ask why my younger sister wasn’t married yet.

I needed more space between my mother and me, not less. It would have killed me to talk to her more than I already did. Or, at least it felt that way sometimes. Yet, my mother believed it my duty to be a devoted daughter. She reminded me of the sacrifices she had made for her own parents, like driving her elderly father to synagogue even though she rarely attended herself.

My mother came by her expectations of me honestly. Her parents had instilled the belief that children must care for their older parents. After all, their parents had once cared for them.  Once simply a virtue, the Rabbis made the commandment to honor your father and your mother legally enforceable. This obligation to care for one’s parents is in the Mishnah, in the first chapter of Kiddushin.

Thus, it was my duty to be there on the other end of the line. If I did not answer, she would call and call again. Eventually, she would block her number so my phone only displayed that a “private caller” — not necessarily her — was calling. Of course, I picked up like she knew I would. What if the “private caller” was the police (an accident!) or my children’s school (an unexplained absence!)? I am a Jewish mother too, after all, with a parade of worst-case scenarios marching in my head.

When I became a mother, I did not want my sons to proffer attention or affection out of a sense of duty. While guilt is bred deep in my bones, I worked hard to keep it buried. When they got older and left the house, I did not berate them for not calling more. I was most unlike my mother in that I rarely called them either. I consciously gave them the space I once craved. When I wanted to talk, I never tricked them by pretending to be a “private caller.” Instead, I made jokes: “Would it kill you to call your mother?”

My sons were home recently for holidays, laughter wafting through our house for many days. Shortly before we sat down for dinner one night, I was texting with my older son’s girlfriend. As we tucked into our pasta, I mentioned to my husband and sons how grateful I was for this connection. My son’s girlfriend often sends links to articles, photos of their rock-climbing feats, and sometimes texts to see if I’m free to chat. “She’s making me look bad,” my son laughed.

“Well, would it kill you to call your mother more often?” I asked.

“Time just flies,” my older son said when I raised the topic with him and his younger brother later. “And, I guess I never feel like we’re not in touch.” My younger son agreed. They just preferred to call when they had a reason — like when they had good news to share or were seeking help for edits on a cover letter or a recipe. “And, obviously, if there was a crisis, I would turn to you,” one said. “But I don’t have many.”

I reminded them about how I used to avoid my mother’s calls (something they witnessed growing up) but that I called my aunt all the time because I liked her better. I confided that I felt a tiny bit of insecurity that I was not as important in their lives as I wanted to be.

They said they perceived things differently. “With Grandma there was a sense she was trying to create a relationship with you that had never really formed,” my eldest said. He didn’t think talking more often could strengthen our already strong bond. “Calls are not what hold us together,” my younger son added.

Still, I told them nothing makes me happier than when I see one of their names pop up on my phone. “My heart skips a beat,” I said. When they call, just to check in, everything feels right in my world. I know they are safe and happy — and thinking of me.

My admission seemed to strike a chord. Neither of them wanted me to sell my own needs short. If I wanted them to call more, I should plainly ask. “It really is not too hard for us to adjust,” one said.

I decided to retire the joke that stopped being funny. Instead, here is what I have asked of my sons: “Call your mother. It won’t kill you. I promise.”