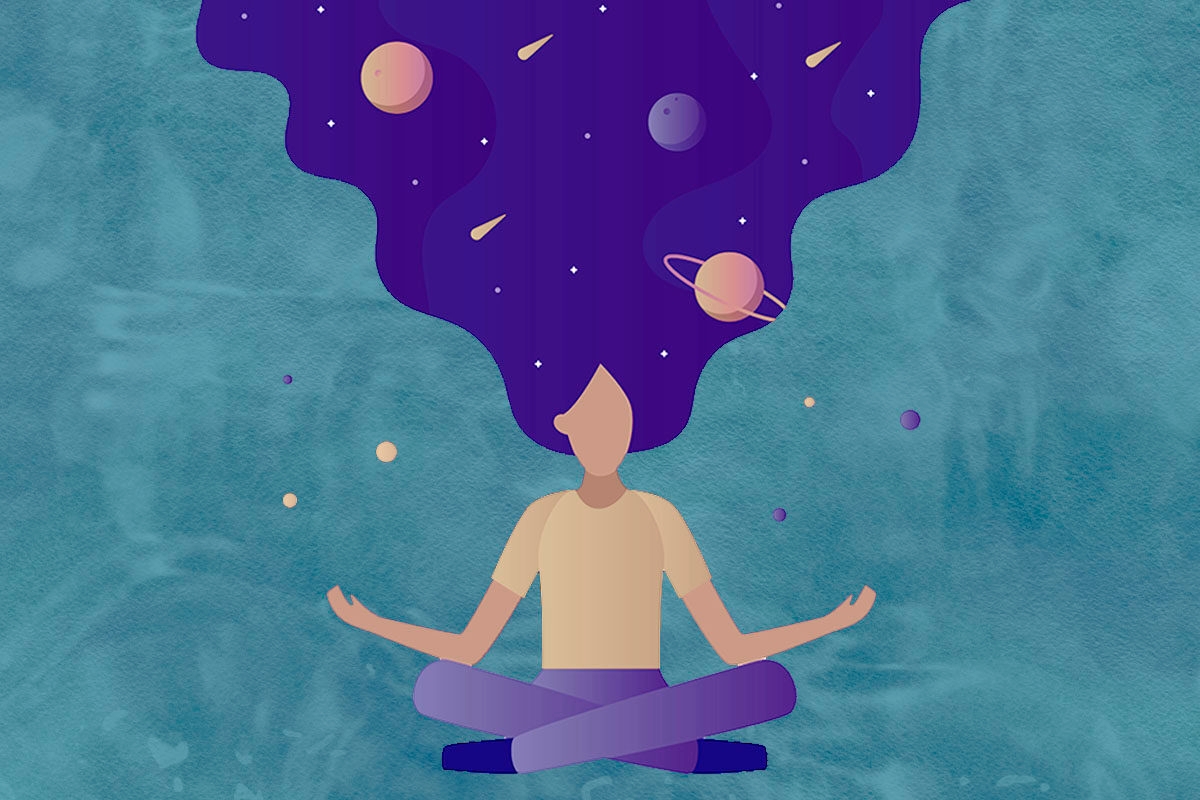 There are a lot of good qualities I’m proud to have passed on to my daughters, but Jewish guilt isn’t one of them. It’s remarkable how easily this seeped into our daily lives with a little comment here, a short reply there.

This wasn’t even done with intention. It just came naturally, like talking to Alexa and adding things to my Amazon cart. Somehow, in the midst of life, I had gotten used to tossing in a little daily Jewish guilt to the people I love the most — especially my two daughters, ages 20 and 17.

I didn’t even realize I was doing this, until my youngest daughter, who is a senior in high school, pointed it out to me. We were standing in the kitchen, and I had said something without really thinking: “Why would you want to go to school there? It’s so far away and we’ll never get to see you. Are you trying to break my heart?”

She paused and looked at me, a serious expression on her face. “Sometimes, the pressure is just too much, the burden too hard to carry,” she said.

My heart crumpled at that moment — especially because I knew exactly how she felt. Growing up in my close family, it seemed Jewish guilt was right there along with me, traveling through my life like a trusted friend who has good intentions but always seems to leave you feeling deflated. This guilt has been an invisible and silent companion over the years — the feeling that I was doing something that would be disappointing to the people who loved and raised me; or my actions (or lack thereof) would not meet their approval or expectation. Throughout my life, this feeling that I was letting people down seeped into many happy moments, and did its best to steal away some of the joy I worked so hard to create.

Like me, I know the family members who were dishing me this guilt didn’t have any clue they were doing this. They meant no ill harm. They were just perpetuating what had been done to them. The guilt was dished out in seemingly well-meaning comments, like,“You don’t have to call your Grandmother, she knows you’re busy. But, she is all alone and did so much for you when you were young. How do you think it makes her feel when she doesn’t hear from you?” Or, “Can’t come in this weekend? I understand. We were really looking forward to it and our family being all together, but that’s OK. I guess we can get together another time.”

I have tried to explain Jewish guilt to my non-Jewish friends. While it is a trope that is often played for humor and jest — think Beverly Goldberg in The Goldbergs, or Helen Seinfeld (Jerry’s mom) in Seinfeld  — I find there isn’t really anything funny about it.

Truthfully, I believe the Holocaust played a role in the development of Jewish guilt, because survivors of the Holocaust often felt terribly guilty about living while so many of their loved ones had died. I saw this firsthand. My Dad’s parents fled Germany at the hands of the Nazis, losing almost all their family in the Holocaust. This tragedy — and the guilt my grandparents felt for being able to leave Germany, while the rest of their family was not able to — seeped into our family.

While it was never overtly mentioned, the consequence of this was clearly understood: Our family died in the Holocaust, but we got out — so make your life matter. Education, doing the “right” thing, and the importance of being a devoted Jew were considered top priorities in my family. The implication was clear: Make them proud of you, make us proud of you.

Apparently, this guilt has been passed on from one generation to the next — l’dor vador. And it seems I had gotten so used to being on the receiving end of Jewish guilt, I didn’t even realize I was dishing it to my daughters. It felt as natural as brushing my teeth and washing my face.

But when my daughter called me out that day in the kitchen, I stopped doing the dishes. Suddenly, a clean kitchen didn’t feel so important anymore. Her comment caused me to take pause, and I stood there for a moment, not really sure what to say or how to react. This moment felt important — it wasn’t a fleeting reaction by a teenager. It was a serious surrender on her part, and I knew I needed to listen. With both ears.

“Sometimes, I have to do things I believe are correct, even if you don’t,” she said. “I have to go to the right school for me, even if it is far away. You might want to think about this. What are you not doing because you don’t want to disappoint someone?”

Her words felt more mature than her 17-year-old self. “You’re right,” I said. “Of course I want you to go to the school you feel is the best fit for you. I would never want to hold you back and I shouldn’t have said that.”

It was true — I really do want her to go to school where she wants to go. But, if I’m being really honest, I also want her to want to go where I want her to go. I realized in that moment how unfair I was being, and I promised myself I would try to keep my mouth shut. She deserves to make this decision based on what feels right for her, not what feels wrong to me.

This conversation really triggered something in me. I found myself thinking of her words again and again. What was I doing or not doing because of guilt? I asked myself. Had living with Jewish guilt become a habit? Was I ready to let it go?

Looking back, I recalled the times I made decisions for myself based on my desire to please my parents. I wanted to major in journalism, for example; they wanted me to be a banker. I wanted to spend my summers working at the Jewish camp I had attended growing up; they wanted me to have a job that would impress a future employer. While I’m not angry about the choices I made, I know I want my daughters to follow the dreams they have for themselves, not mine.

I also thought back on things I had said to my daughters — out of love, to be sure, but looking back I see how they were heavily seasoned with guilt, too. Like, “If you don’t social distance and take this pandemic seriously, we could all get sick and die. Do you want to have to live with that for the rest of your lives?” (OMG, yes. I really said that. I’m cringing right now.) Or, to my oldest daughter, who is a junior in college, “Want to hang out with me? You’ll be going back to school soon and you will wish we could spend more time together.” (By the way, she goes to school an hour away from home and is super happy — something you know I pointed out to my younger daughter.)

I realize now that it’s time for a change. I know it will take time and intention for me to let go of the guilty feelings I’ve been holding onto and have gotten used to living with. It will also take restraint not to toss in a little guilt when I’m interacting with my daughters. This is something I will have to pay close attention to. The stakes are high — it’s my daughters’ happiness we’re dealing with here. I don’t want either of them to ever have regrets because they were trying to please me. How unfair would that be?

As my sweet grandmother used to say, “A little bit of guilt is a good thing.” While I don’t disagree, there’s a tipping point we’ve surpassed. It’s time to break the cycle, and I’m committed to doing my best to make this change. After all, one day, I don’t want my future grandchildren forced to travel through life carrying around generations of guilt, too.