My Son and My Father Speak a Secret Jewish Language 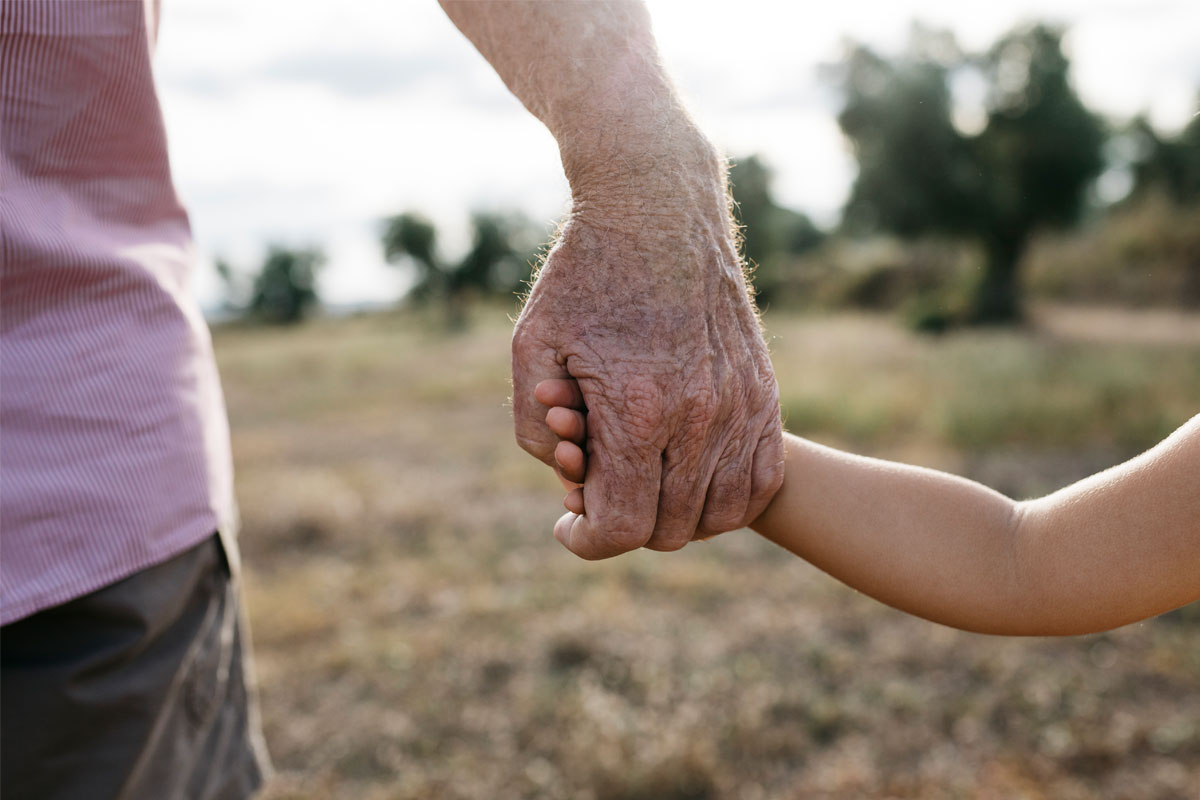 “First I eat snack, then I play Fußball and that’s my sipur!”

Translation: “First I eat snack, then I play soccer and that’s my story.”

You’d need to know three languages – English, German and Hebrew – to decipher that. But this is how my 4-year-old talks. In our efforts to raise a multilingual family, my husband and I have produced a Canadian kid who sounds like a bewildered shtetl Jew newly arrived at Ellis Island.

Some of my son’s multilingual locutions have rekindled memories of my Israeli grandparents, who floated so freely between German and Hebrew that I grew up thinking Kaffee und Kuchen (German for “coffee and cake,” a daily ritual) was the Hebrew word for “dessert.” My grandparents were true yekkes, an epithet for Israelis of German origin that may come from the German word for jacket (Jacke). As the nickname reveals, German Jews were often mocked for their perceived formality and rigidity.

My grandparents raised my father and his two siblings on Haifa’s Mount Carmel, a veritable German colony overlooking placid Mediterranean views. Israel was not yet Israel, and German was still a Jewish language. “Struwwelpeter,” “Max und Moritz” and the Brothers Grimm fairy tales were literary pablum among my dad and his peers, whose parents had disembarked ships from Germany in the 1930s and struggled to slough off European formality by donning short sleeves to work in the steamy new climate. My grandfather learned to enjoy olives and raw tomatoes, but he never skipped a morning shave or his three-and-a-half-minute soft-boiled egg.

These German-Jewish immigrants were too busy making ends meet to supervise their children. I imagine my dad as a 10-year-old boy running wild in his Scout uniform, hair parted to the left, a spray of freckles across the bridge of his nose, scraped knees above scuffed leather shoes. He and his friends ride donkeys and despoil British jeeps abandoned during the 1948 war. They use the brass water pumps as toy weapons, then shove the bald tires down the hill, watching them somersault into the wadi below. Theirs is the freedom of first-generation Israelis, children of immigrants who would never be carefree sabras like their kids.

Although my dad is a sabra, he is also a yekke, and it’s the combination of these two identities that makes him the ideal companion for my son. My dad delights in his grandson’s almost foppish concern with clean shirts, the geometric precision with which he lines up uneaten bread crusts and, of course, the way he peppers his English with a mix of Hebrew and German. My son didn’t become a yekke because of my father, however. He learned German from my husband, who was raised in a tiny Bavarian village by a German mother and a Turkish migrant father. The Germany that my grandparents fled in 1933 was not the Germany that my father-in-law found when he arrived from Ankara 25 years later. But the songs that my grandmother sang to my dad as she bounced him on her knee are the same songs my husband sings to my son today.

Despite the different paths by which they acquired language, grandfather and grandson understand each other. “Saba?” My son says during one of their frequent WhatsApp video chats. “Did you know my Beine [German: legs] are getting so long?” He speaks breathlessly, jumping from one non-sequitur to the next: “This morning my pancake fell on the Boden [German: floor]. B’ta’ut [Hebrew: by accident]. But it’s OK. My beten [Hebrew: tummy] was already full.” My father chuckles knowingly.

One of their favorite shared pastimes is making egg salad, a yekke staple. They carefully slice the hard-boiled eggs and salty Israeli pickles, stir in some mayonnaise and giggle as they add the secret ingredient, a noisy squeeze of “poopsy ketchup” (evidently their linguistic bond also encompasses potty humor). At preschool drop off one morning, my son was eager to report to his teacher about his culinary pursuits. Unsure of the words, he quietly asked me how to say “saba” in English before turning to his teacher and announcing, “My grandpa was kaufen viele beytsim for Eiersalat!” The teacher smiled and nodded in his direction before shooting me a pleading glance.

I feel lucky to serve as my son’s interpreter. I was raised speaking English and Hebrew and took up German in college, partly out of a desire to understand my grandparents and partly out of the naive belief that it would help me understand the history of Jews like them. I never made sense of history, but I did come to appreciate the inner world of writers like Heinrich Heine, Franz Kafka and Else Lasker-Schüler, all of whom had a fraught relationship with German, their own mother tongue. I spent a semester in Berlin, eager to practice the new language I’d been learning, only to clam up upon landing at Tegel airport, when my eyes met the steely glance of the border control officer.

Ten years later, I found myself with a Jewish Studies PhD, teaching in the German department at the University of Toronto, which happens to be located in a Catholic church (talk about cultivating a diasporic Jewish identity!). That’s where I met my German-Turkish husband —  hardly the man I thought I’d bring home to my parents. Our relationship evolved in a mix of English and German, a language I’d come to appreciate but never loved, let alone used to express love.

As my husband’s native language, my father’s mother tongue and the national language in which the near demise of my people was sanctioned, German occupies a complicated place in my consciousness. I never expected it to occupy a privileged place in my home. But when I hear German words emerge from my son’s mouth, I understand that tradition isn’t always linear. It sometimes contains twists and turns, as well as flaws that may or may not have been repaired. I now see German less as a sign of rupture than as a scar, a visible sewing together of past and present. It’s rough at the edges and hardly pretty, but also very strong.

I watch my son drape his small hand over my dad’s knuckles, which surround the handle of a sharp kitchen knife. “Schneiden, schneiden,” they both repeat the German word for “slice.” And as they progress with their food prep, something seems to be coming together again.