I'm a Jew With Three Passports, Yet No One Country Feels Like Home – Kveller
Skip to Content Skip to Footer

I’m a Jew With Three Passports, Yet No One Country Feels Like Home 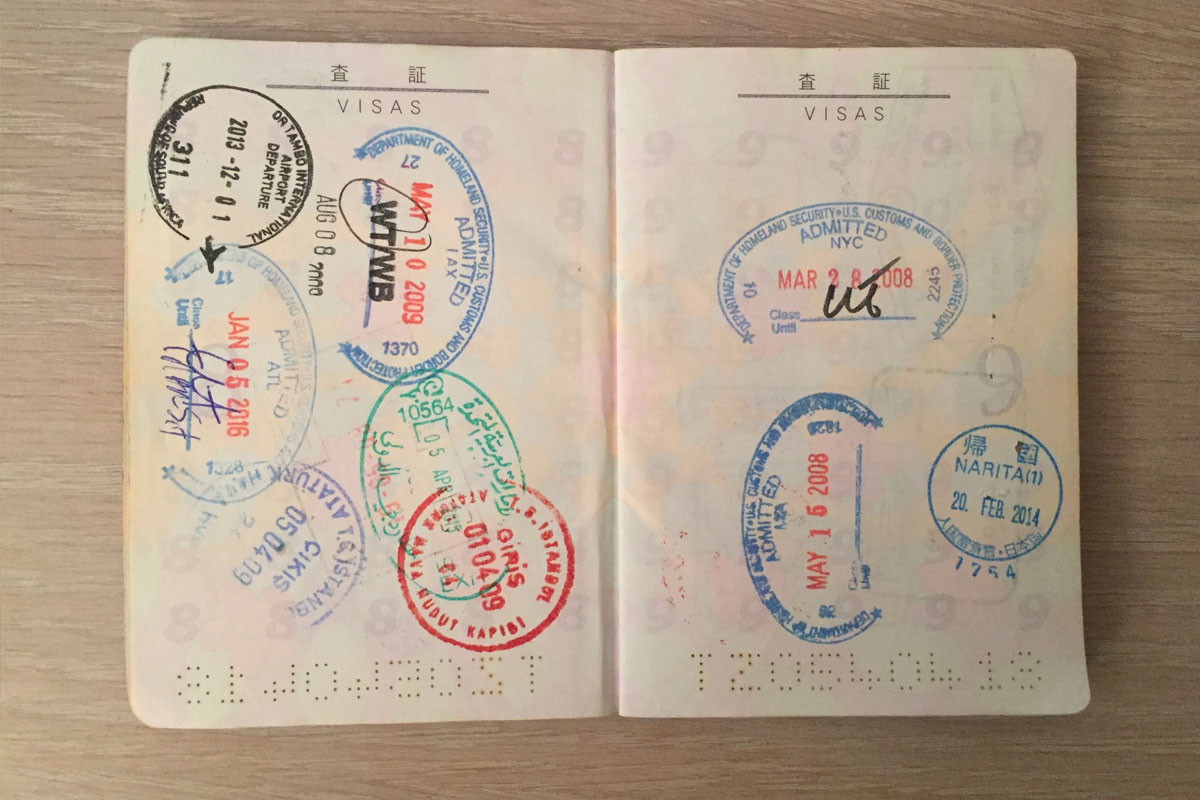 “Don’t tell them you are Israeli!” my oldest daughter Yael hissed at her younger sister Dahlia.

We were at the German consulate to renew our German passports. A line of sullen applicants snaked past a stern woman officiously checking appointment times before ushering them into the inner sanctum of the building.

I turned to Yael. “What? Why do you think it’s a secret? The Germans know we are part Israeli.”

She shrugged. “They know?”

“They do,” I reassured her confidently. “It’s not a secret.”

As we rode up in the elevator with a gigantic poster of a hot air balloon emblazoned with the words “Willkommen in Deutschland,” I raced through my mind — did the Germans know about our Israeli citizenship? I wasn’t going to lie if asked but I suddenly couldn’t remember. Beneath my heavy sweater and winter parka, I began to sweat.

“Can we go there?” Dahlia asked, pointing to the poster.

“No, silly, we don’t belong there,” Yael answered her. “It’s not our country.”

“Then what are we doing here?” Dahlia asked. I shushed her as we entered the waiting room.

To answer Dahlia’s question truthfully would have required trawling back through decades of family trauma. In the simplest sense, we were there to renew our German passports, but the reason that we had German passports at all flowed from that dark wellspring: the Holocaust.

I only knew my grandfather as a dapper man in a neat suit and red fedora who lived in Kansas City and loved me to distraction. But as a young man in medical school, he was taken to Dachau, one of thousands, tens of thousands, hauled away to labor and concentration camps. He died when I was 23, never having spoken to me of his experiences: the terror he must have felt, the many unknowns he faced as he somehow found his way to America with 25 dollars in his pocket, the sorrow he carried from his many losses. He had risen from the ashes to create a happy and successful life, working hard so that his descendants might never, ever face the horrors he had.

His suffering had left no discernible mark on us, except for these passports, granted in a spasm of remorse by the German government to the descendants of the millions their own fathers and mothers had brutally exterminated.

As first Trump and then COVID dropped a veil of insecurity around our lives in America, I felt grateful for our German passports. But holding those sturdy crimson books, oddly embossed with gold lettering and an eagle coat of arms so eerily reminiscent of Nazi-era emblems, I feel a deep sense of ambivalence. That feeling is exacerbated every time we transit through German airports, and I am compelled to produce the passports at border control.

“You’re German but you don’t speak German?” the border agent invariably asks, a suspicious expression on his face as the line grows restive behind us.

“I have a passport through my grandfather,” I explain for the umpteenth time.

“Why don’t you speak German then?” He clicks his tongue reprovingly (it’s happened enough times that I now expect it).

“Do you really want to know?” I ask, starting to get irritated. Yael knows what’s coming: “Ima, don’t say it.”

“I ask again, Madam,” the agent persists, his arms crossed at his chest. “If you are a German citizen, why do you not speak German?”

My heart racing, I respond: “Well, Germany persecuted my family during the Holocaust and most of them died. My grandfather survived, so now we have passports.”

Usually, that ends the discussion, though not before the agent smashes his stamp down on a blank page with a scowl.

By the time the girls and I finally reach the small window, we are a few minutes late for our appointment. After a sharp reprimand, I approach with trepidation. Every time I’ve done this before, I’ve had the wrong, or missing, paperwork and been sent away. My family is complicated; my girls have different fathers. Yael is a product of my marriage and doesn’t share my last name; Dahlia does, though I never married her father. All of this requires explanation, reams of forms and apostilles to satisfy a bureaucracy famous for its extraordinary thoroughness.

Shuffling through my papers, the clerk asks me, “Where is the form proving paternity for your illegitimate daughter?” I fish it out from a pile and hand it to her, suppressing my anger at her thinly disguised insult. “And your marriage certificate? I’ll need that to prove the legitimacy of your older daughter.” My marriage ended 12 years ago.

Having to prove my identity, to answer these questions, under the glare of a uniformed German-speaking official sends an unavoidable shiver — a kind of sense memory — down my spine. Though the German people have admirably sought atonement for the crimes of their ancestors, they cannot erase a memory that is but a couple of generations old, particularly one that is as solid and real as a gentle, lovely man in a red fedora whom I loved.

When COVID hit, I fled the city, taking myself and my kids upstate to live even before the schools had shut down. I didn’t entirely understand why — I just knew, viscerally, as the streets in our neighborhood in Brooklyn emptied of life, that we had to go. Dahlia’s father, who is not Jewish, was befuddled by my insistence. A wise friend got it immediately: “It’s an inter-generational trauma thing,” she said. Her parents, elderly Holocaust survivors, had practically shooed her on her way when she had an opportunity to go to Michigan during those early days of lockdown. “You just go,” they told her. “Learn from our mistakes.”

I sparred with Dahlia’s father recently because he let his American passport lapse. “How could you do that?” I asked him, hearing the edge of panic in my voice.

“It’s alright, don’t worry,” he tried to reassure me with the confidence of someone who knows he belongs.

I’m not sure it ever will be that way for me, or even my daughters. There is no world in which I don’t renew all our passports six months before they expire, no way that I am not looking for the exits at the first whiff of a disturbance in a theater, or mentally thinking about what to pack when watching on TV those disturbing images emanating from Trump rallies.

I used to worry whether my grandfather would have approved of our gaining German citizenship after his was stripped from him, along with nearly everything else in his life. But I have come to reconsider that. No one understood better that life is fragile, that things can change in an instant than him.

At the consulate, the duty officer finally decides my divorce decree is enough proof that I had been married when my eldest was born and accepts our applications.

In the elevator back down to the street, Dahlia again points to the balloon, soaring above velvet green fields filled with flowers. “I want to go that place,” she says.

I look at it, still shaky from the ordeal. My whole life has been spent trying to find a true home, floating as I have between Israel and America and never quite settling in either, hovering above them as if aloft. But something about the fragility of these last couple years has me questioning that approach. Perhaps the answer lies less in the futile hope that I will find “my place,” — that elusive sense of belonging — and more in accepting my uncertain purchase in the three countries that have granted me and my girls citizenship: one because of an unspeakable crime that ended seven generations of my family in Germany, and the other two as a result of that atrocity.

For the first time in my life, I think I would like to introduce my Israeli-American children to the country where, if history had been different, they would have grown up. We’ll use our German passports, even though we don’t really belong there and never will.

I look at Dahlia and smile. “I would like to go to that place, too. Maybe we should.”