My Son Was Racially Profiled at His Jewish Day School. Here’s How They Handled It. – Kveller
Skip to Content Skip to Footer

My Son Was Racially Profiled at His Jewish Day School. Here’s How They Handled It. 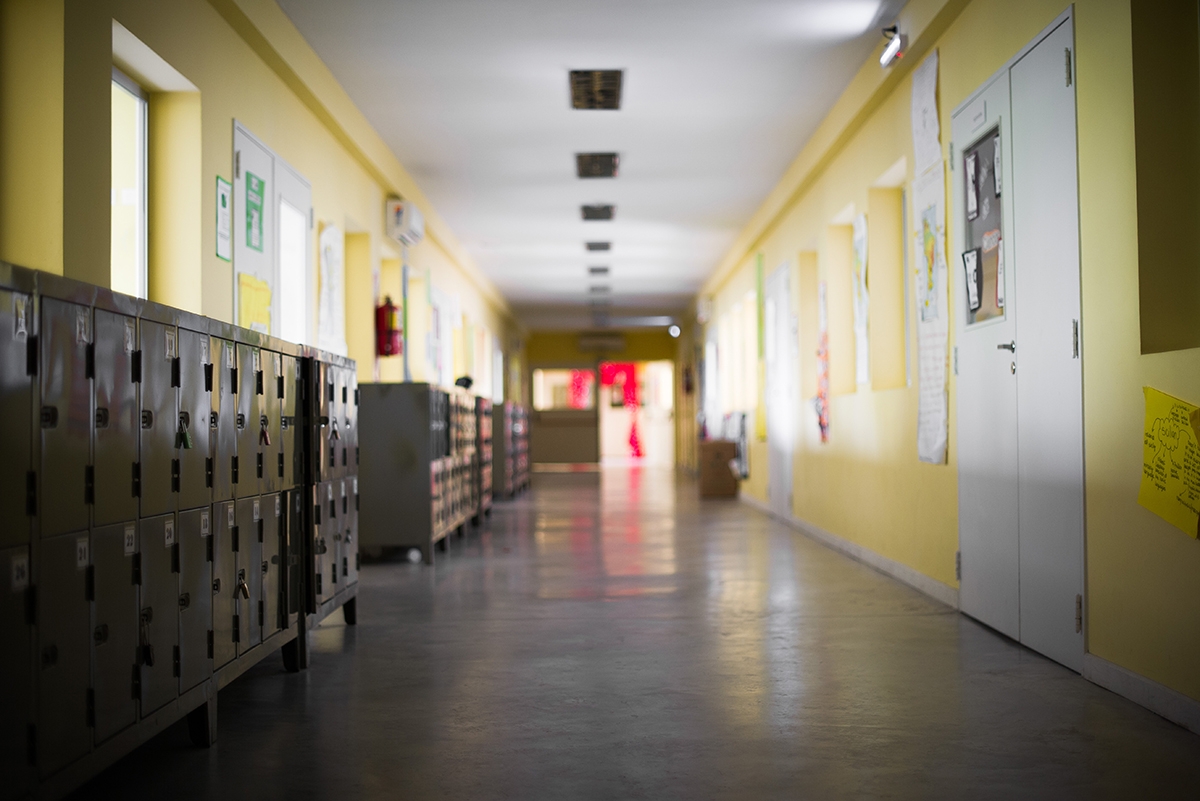 My two older boys each had their first experience of racism at age 5 while attending their Jewish day school. Over the years, my children and I experienced too many of these painful moments while navigating predominantly white Jewish spaces as Jews of Color. So when it came time to figure out the educational path of my 4-year-old, I had a lot to consider.

Thinking about whether I want to start this journey over again left such a sinking feeling in my gut that I needed to take a year off to really think about it. This meant enrolling him in a public universal pre-K program. But having to navigate feelings that I didn’t know I had about Halloween and Christmas brought me to the realization that this was not the experience I wanted for my son. Without a shred of doubt, I knew that I wanted my youngest child to receive the same solid foundation in a Jewish education as his brothers did before him. Though I had part of the answer that I was looking for, I was still left with the anxiety of figuring out which day school I’d feel safe sending him to as a Black Jew.

Over the past year and a half, our Jewish organizations, synagogues and day schools across the country have begun taking an introspective look at how their actions have contributed to making Jews of Color (JOCs) feel like they don’t belong. Our communities are doing collective teshuva about what it means for our Jewish people that 80% of JOCs who participated in the Beyond the Count Survey stated that they have experienced racism in white Jewish spaces.  These organizations have made concerted efforts to diversify their decision-making voices and support JOC leadership. Funding sources have been intentionally created or expanded to support the great work that has been happening in JOC communities as well as to support predominantly white Jewish spaces in their efforts to better live up to the “welcoming” pillar in their vision statements. We have listened to panels of JOCs telling their stories and have participated in webinars that have taught us how to do better.

As a result of this shift, we’ve seen the creation of fellowship programs to support the retention of JOC educators in the field as well as programs that support schools in making their communities feel safe for marginalized groups. Pockets of our Jewish community have begun thinking outside of the box to really see who is currently included in their visions, who has been left out, and what they can do to make real and sustaining change that reflects our value to be one people.

But what does this look like on an individual, personal level? Sadly, no matter how much work has been done over the past year doesn’t mean that kids like mine won’t ever face discrimination in spaces arguably meant for them.

Today, the 5-year-old who was called the n-word on the playground and “the Black Jewish n-word” in middle school is now a 5’10” Afro-wearing high schooler. On the fifth night of Hanukkah this year, he came home later than expected from basketball practice and the story that he told when he walked through the door turned the ever-present ball of anxiety in my gut to stone.

He was visibly shaken as he began telling me that he was late because after leaving school, he realized that he had forgotten his keys, kippah and wallet and had to go back to the building to get them. Upon arriving, he was met by a teacher he did not know and who would not let him in.  He said, “He didn’t believe I was a student there,” and told me how this teacher proceeded to ask him questions. When asked for his name, my son only gave his first name, knowing that he’s the only one in the entire school. He thought that would be enough, but the questioning continued. When he gave his German last name, my son said that the teacher’s body language changed and he was let into the building to retrieve his belongings. We had a conversation about how that may have gone differently if he had my last name and then he went to bed. We are now well-versed enough to recognize this as a textbook microaggression.

The following morning, I told him that I felt compelled to say something to his school. I know that they have been deeply engaged in diversity, equity and inclusion work and I told him that they have to be made aware of incidents when they happen so that they can directly address the areas that need to be fixed. Without knowing about things when they happen, training remains an intellectual exercise that is never put into action. He and I also had to talk through the reality that he might have an uncomfortable day because of the email I was going to send, but landed on it being important that we learn how his school was going to respond.

I first reached out to a staff member to ask what their reporting procedure was. Very shortly after the start of the school day, I received a phone call in response. We talked through how it was not a security protocol to stop students coming into the building. We discussed that because of the activities of the high schoolers, white-passing students go in and out of the building all of the time and are never stopped and questioned. It was actually the school official who concluded that this was undoubtedly an incident of racism that needed to be addressed. I was promised a phone call by the end of the day and I was grateful to receive it.

My son’s direct school leaders recounted how they were able to identify the teacher and had a 1:1 conversation with them about the hurt caused by their actions, both to my child and to the school community. I was told that they checked in with my son and asked him if he was willing to participate in a mediated conversation with the teacher who stopped him. They gave him the option and multiple opportunities to opt out and also wanted him to know that it was their expectation that the teacher make an effort to repair the harm done to him. His school leaders shared how the teacher, on their own, prepared an apology, and how they helped focus the conversation on impact rather than intent.

At the end of the call, I was left without many words; all I could muster was to thank them for taking care of my son. To say much more than that would have made me cry. By the time I got home, there was an email in my inbox from the Head of School that left me feeling reassured in our decision to choose this school as his future alma mater. For the first time, in a situation like this, I felt seen and heard and that our experience mattered. His school’s response put into action all of the work that they had been doing and demonstrated that while they still might mess up from time to time, they were gaining the tools needed to identify this incident for what it was and how to intervene.

For the first time, I didn’t have to be the one to name what happened. By having allies in that moment, I was not alone in standing up for my son. Before sending my response, I said the Sheheycheyanu prayer, truly thankful that I was brought to the moment where not only did school leaders respond swiftly and fairly, but that the teacher had the humility to receive feedback and work to restore the harm done to my child.

At the end of that day, the intent of my son’s school may have been to demonstrate that he’s a full and valued member of their school community and that his experience matters. They may have intended to demonstrate solidarity in that when one member of their community, our community, hurts, they all stop and repair that harm. The impact, however, was that on the sixth night of Hanukkah, our family was able to light a joyous amount of candles to welcome a peaceful Shabbat without this weighing on our hearts. The impact was also that I was finally able to release enough anxiety to complete a day school application for my 4-year-old son.

Though we have not caught the justice we are pursuing just yet, we are a few steps closer. I am certain that there will be more bumps along the road as we all continue to navigate this landscape, but it feels like many of our communities are starting to see that we are one people.  Instead of counting down the years until my eldest is done with day school, I can begin looking forward to how my youngest’s journey will be different, and how he will get to bring all parts of himself into the Jewish spaces he will occupy.

If this is how far some of our spaces have moved in the past year and a half, imagine what our entire Jewish community can do over the next decade. In my children, I see a Jewish future where they will no longer be seen as two separate identities but rather as being 100% Black and 100% Jewish at the same time.