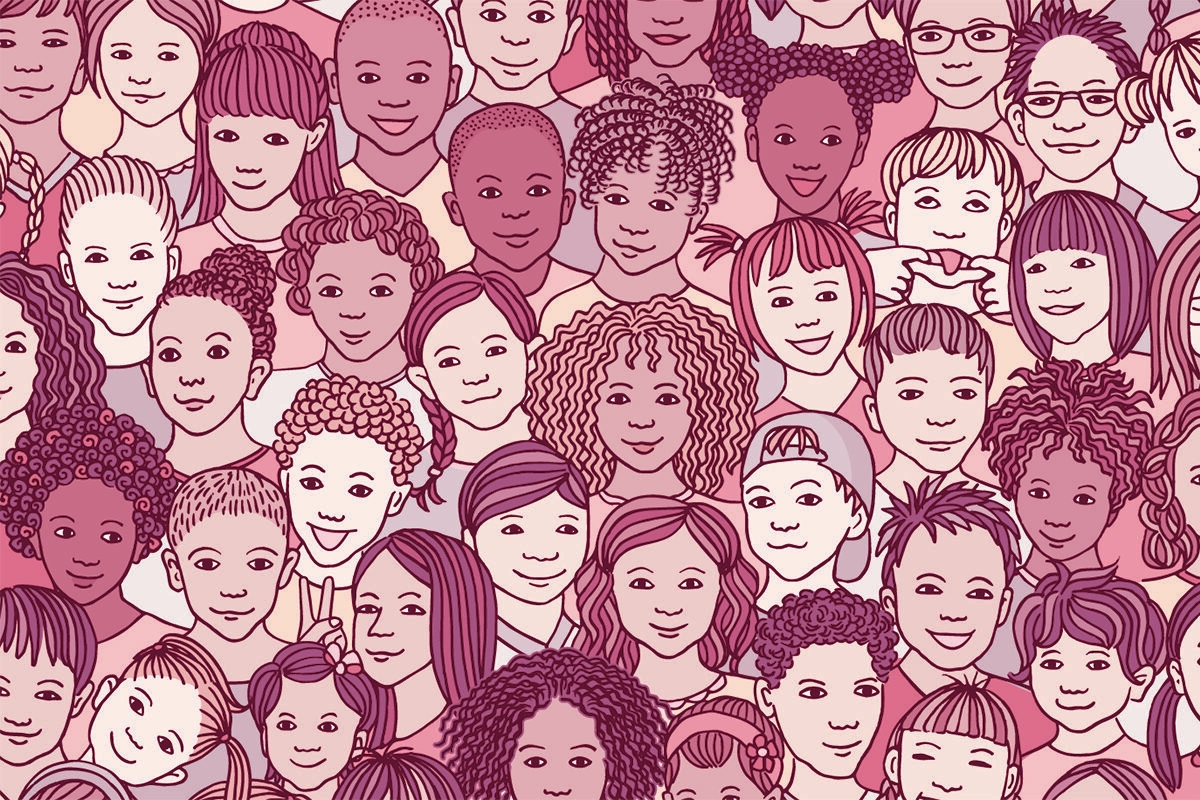 Before we even discussed marriage, my husband and I spent a significant amount of time talking about how we would meld our two worlds together. I grew up in a Conservative synagogue in upstate New York in a predominantly white town. He grew up attending an Anglican church in Ghana. As the granddaughter of a Holocaust survivor, raising my children Jewish was profoundly important to me. He was equally committed to ensuring his children were firmly rooted in Ghanaian culture.

We immersed ourselves in each others’ histories and heritages. We engaged in Jewish learning, celebrated Jewish holidays, and attended services together. We traveled to Israel and Ghana. I learned how to cook traditional Ghanaian foods and even learned a few phrases in his languages, Twi and Ga.

While we were able to share in these experiences as adults with fully formed identities, we remained unsure of how we would effectively raise our children so that they felt equally connected to their Black and Jewish roots.

When we chose to move out of New York City, we searched for a town that had established Jewish and Black communities. After attending open houses, we would drive around the area, visiting grocery stores and other shops to gauge diversity. We made a Google map of synagogues near the houses we viewed. We chose the community of South Orange, New Jersey, and we found a synagogue that met our needs, led by clergy committed to racial justice. The congregation included interracial families and my husband would be able to participate fully in synagogue ritual life.

Every step we have taken has been intentional, but our desired outcome is not guaranteed. Our children, through matrilineal descent, are undeniably Jewish, but will they feel connected to the Jewish community which is often predominantly white? Will they have to choose between being Black and being Jewish? Could I be the end of the line for my Jewish heritage? The truth is that I simply don’t know.

Our son is 5. He attended Jewish preschool at our synagogue and just finished kindergarten. Our daughter is 2. Neither knows the world outside the bubble we have carefully crafted. Our children live every day in Black skin and it’s an identity they cannot shed. We don’t want our children to have to choose but will others choose for them? Will our son find a Jewish community that is welcoming or one that inspects his Jewish credentials? Will our daughter find a synagogue that supports anti-racism work or one that prefers color blindness?

We know we have to hold up our end of the bargain: educate them about the religion and their heritage, keep a home that proudly conveys Jewish values, and the richness of our culture. My husband has learned to say hamotzi and kiddush. We light candles for Shabbat and build a sukkah for Sukkot.

But we are left wondering: Even if we do all that, will Jewish institutions, organizations, and other Jews welcome them into the fold? Not in the “oh, hey, we are so glad you are here” tokenism way, but in a deep and meaningful way? We hope our son and daughter will find a synagogue where they can be their authentic Black and Jewish selves, one that embraces all of them, where they feel safe emotionally, mentally, physically, and spiritually. But I worry that they will need to downplay their Blackness in order to afford white Jews their comfort or be forced to shed their Jewish identity because Jewish communities question their right to belong.

When people say Jewish or Jew in the United States, it evokes, for many, images of whiteness. We — white presenting Jews — have done ourselves a disservice by narrowing the definition of who is a Jew. If the Jewish population is going to continue to grow, “Jew” cannot be synonymous with “white.” Our people are diverse, but that history has not been shared or celebrated.

My Jewish education focused primarily on the history of Ashkenazi Jews. It wasn’t until I was an adult that I learned about Jews in African, Latin American, and Asian countries. Within our synagogues, homes, and Jewish institutions, we must do a better job of sharing the stories, voices, customs, and histories of diverse Jewish populations. We must rewrite the narrative and dispel the myth that Jewish means white. We must also educate and address anti-Blackness, racism, bias, and colorism within the Jewish community.

Representation matters. How can our son or daughter see themselves as Jews if all they are ever shown are white Jews? How can white Jewish children experience the full diversity of the Jewish people if they are only taught about white Jewish history and traditions?

It is critical that synagogues and Jewish institutions prioritize social and racial justice issues as a core identity, one that is deeply connected to Jewish values.

These topics are not taboo at our synagogue. Our community recognizes we have work to do and we have held a wide range of programming, including learning opportunities and action events. Our clergy and leadership are open to conversations on ways we can further our allyship and create inclusive intersectional spaces. This summer, our synagogue held a Zoom discussion of the film Just Mercy and our newly formed Social Justice Book Group will be hosting a discussion of Ta-Nehisi Coates’ Between the World and Me. Our rabbi is not afraid to say the words “Black Lives Matter” and to discuss white privilege and systemic racism. Our work is not done, we have not “arrived,” but what I appreciate most about the Jewish community we found is the openness and willingness of both congregants and clergy to engage and learn.

It only takes one person to spark the change: When we enrolled our son in the synagogue preschool, all of the dolls in the classroom were white. I spoke with our preschool director and they went out and bought several diverse dolls the next day.

Regardless of whether or not your synagogue is diverse, does your synagogue or Jewish organization hold events that explore and discuss themes of racial justice? Check the bookshelves of your Jewish preschool, are there books with racial and ethnic diversity? Do the classrooms have dolls of different skin tones? Ask that your Hebrew schools and Jewish educational organizations offer programming about Jews from the diaspora such as China, Uganda, Ethiopia, and Argentina. Ashkenazic synagogues should offer opportunities to learn about Sephardic traditions, melodies, and history. Jews have always stood up to injustice and were active participants in the Civil Rights Movement, but the fight is not over. Jewish institutions must continue this work.

Speak with the leadership at your synagogue, and talk with other congregants. This is not a one-time event or conversation. There needs to be a complete shift in how we, as white Jews, operate and view the world. It is a process, a journey, and one that requires us to unpack what we have learned. As a people who have a shared history of oppression, we need to go inwards and deeply reflect on how white Jews have perpetuated the whitewashing of Jewish history and created spaces that deny Jews of color their identities — and do the work it takes to fix that.