Natalie Portman Finally Gets the Superhero Role She Deserves 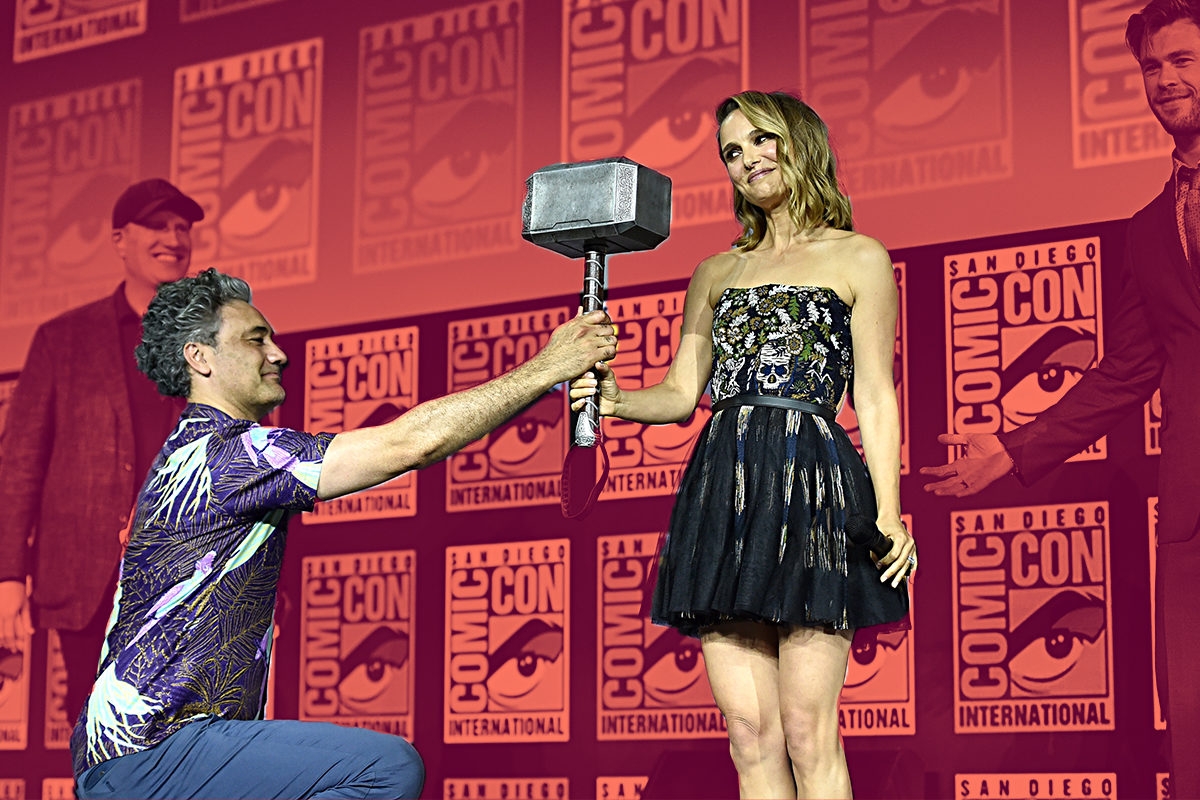 Natalie Portman is returning to the Marvel Cinematic Universe, and this time, she’s not playing the love interest: She is going to be Thor, Goddess of Thunder. And this is a big freakin’ deal.

Taika Waititi, the Jewish-Māori New Zealander (we’re kind of in love with him), is set to direct the film. Alongside Portman, Chris Hemsworth (Thor) and Tessa Thompson (Valkyrie) will co-star. Waititi also directed Thor: Ragnarok, the 2017 superhero film that featured Cate Blanchett as the villain and Jeff Goldblum as the scene-stealing “Grandmaster.”

But wait, you’re thinking, hasn’t Portman already been in the Thor movies? Yes!

The Jewish actress made her first Marvel movie appearance as astrophysicist Jane Foster in the first two Thor movies: Thor in 2011 and Thor: The Dark World  in 2013. But in 2016, she revealed she was “done” with Marvel movies; reportedly, the cause was that she hated playing the love interest. Plus, the 2013 film was initially supposed to be directed by Patty Jenkins. When Jenkins was let go — no one really knows why — Portman was “deeply upset” by the decision. (Jenkins, as you probably know, went on to direct Gal Gadot in Wonder Woman!)

Since then, Portman didn’t return for any Thor or Marvel film… until now!

At the Marvel panel during Comic-Con, it was announced Waititi would be directing the latest Thor film, Thor: Love and Thunder, to be released November 2021. And the plot will center on Jane Foster (Portman) as Thor.

“I’ve always had hammer envy,” Portman said at Comic-Con, referring to Thor’s iconic hammer. The film’s plot is likely based on a run in the comics where Jane Foster is able to wield Thor’s hammer, Mjolnir.

But, why are all the headlines calling her Female Thor? She’s not, Waititi explained in a tweet: She’s “Mighty Thor.”

The other big news related to this movie? Not only are we getting Natalie Portman as Thor — which is huge — we are getting the first queer superhero! (This is a huge win for representation. But can you believe it’s taking until 2021 for the first queer superhero to appear on the big screen? Ugh.) Tessa Thompson’s character, Valkyrie, became the ruler of Asgard (where Thor is from) in Avengers: Endgame.

At Comic-Con, Thompson said of Valkyrie’s plot: “As a new king, she needs to find her queen. So that will be the first order of business.” This confirmed that Thompson’s Valkyrie will be bisexual, thus making her Marvel’s first openly queer superhero.

The combination of an openly queer superhero, Portman as Thor, and Waititi as director made people on Twitter very, very excited.

Asshole comic nerds: "We want the Marvel movies to be more like the comics!"

Those same nerds: "No wait-"

Yes, that’s a real panel from the comics that told the story of Jane Foster-as-Thor, where she tells Thor, “calm thine tits,” which is a comeback we plan on using for the foreseeable future.

There were also a bunch of jokes how Portman and Watiti teamed up to ignore Marvel:

Taika Waititi is so powerful, Natalie Portman wanted everyone to forget she was ever in the MCU and he rolled up to her like “that’s really cute, what if you got to maaaaybe kiss Tessa Thompson though” and she signed that thang in a heartbeat

In short, this is really exciting news. Can November 2021 come any sooner?