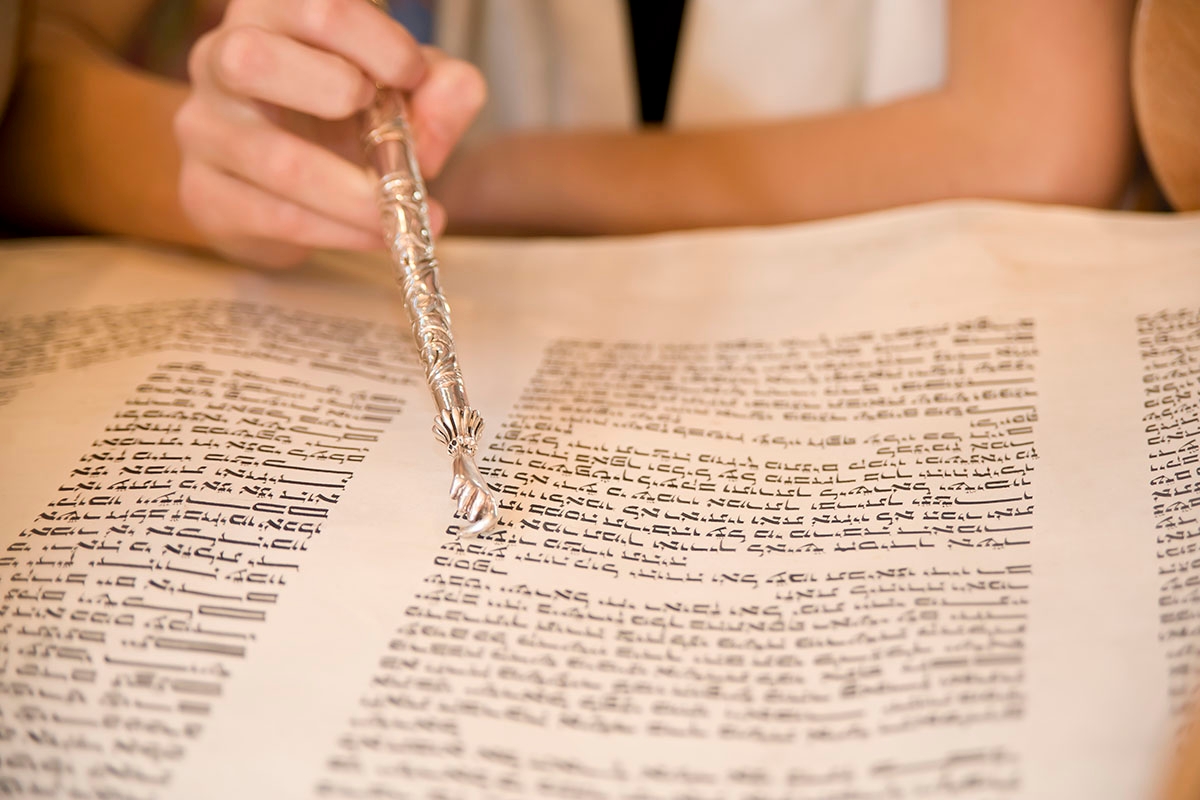 Over the last year-and-a-half-that-felt-like-a-decade, we’ve been told and taught how to “get through” the pandemic in every aspect of our lives and calendars. For most of us, the “office” disappeared. Zoom backgrounds became the new frontier of interior design. The New York Times created an entire section to teach people how to talk to their spouse and make grilled-cheese sandwiches at home.

And as the parent of a bat mitzvah-age child who attends a Jewish day school, I witnessed this “lemonade from lemons” mentality firsthand. As the pandemic wore on, with no end in sight, the elaborate plans for our daughter’s big day this past March were creatively downsized into noble efforts to “make the best of things, since we can’t have the celebration we put a deposit on.”

My daughter was understandably disappointed — as were her classmates — at not having the bat mitzvah she’d imagined: surrounded by friends and, if need be, family. But looking back on how hers played out, I want to voice an unpopular but I think important sentiment: Our pandemic bat mitzvah ended up being the best possible one for my child and our family.

Exhibit A: social and performance anxiety. Every young person this age who’s not belting it out as Fantine in their middle school production of “Les Miserables Jr.” gets this around the Big Day. But for my kid, this has always been a particular burden. Even before Covid, we’d traded in the traditional big-arena Shabbat service for the intimacy of a Sunday Rosh Chodesh. Even so, it was clear from early on that the prospect of doing this for a big crowd injected a huge layer of trepidation — rather than joy — into her feelings.

Instead, due to Covid, we opted for an at-home, live-interactive Zoom service, with friends and family from different cities participating, and we hired a producer to run the show. Instead of a crowd of people, my daughter faced a more manageable TV monitor of Zoom panels, “mobbed” by only her parents, brother and grandmother. And instead of a synagogue, this took place In our living room, where she used her formidable artistic skills to design a gorgeous gold-silver-white balloon “frame” around our home bimah.

And that brings me to a second “feature, not a bug” of our Covid simcha. Rosh Chodesh or not, the very idea that we could just do this thing at home — an idea that no one would countenance in an “ordinary” year — was indescribably liberating. And incredibly intimate.

Most of us who’ve had a bar or bat mitzvah ourselves remember it as a day of traipsing off to that synagogue building we regularly/occasionally/almost-never were dragged into by our parents. And even in the most haimish (homelike) congregation, the biggest day of our lives up until that point was still essentially wedged into just one piece of the synagogue’s regular business that day.

Now, I’m not bad-mouthing that kind of institutionalization — of course it makes the most sense to balance community and individual needs. But I am saying it can sometimes unintentionally turn the bar/bat mitzvah into something of a “factory product,” where the big decisions on how the observance is done are made by the clergy and people outside the family.

In an even more special quirk of this “home mitzvah,” we had to borrow a Torah from our synagogue. So, for the entire week leading up to the event, we had a Torah just sitting in our living room. Which meant we could — and did — frequently decide to just “grab everyone and run through this thing again.” Contrast that with the (at most) one rehearsal you or I got in the big, echoing, empty synagogue hall, some three or four days before being expected to get up there before Every Jewish Person You’ve Ever Met and Then Some… and perfectly nail it.

As a result of this extended, relaxed prep, when the bat mitzvah day finally came, we were all extremely comfortable with what we were doing. Instead of worrying about our performance, we could really focus on the joy and holiness of the moment. A pandemic granted us more mindfulness than a year’s subscription to Headspace.

Then there’s the party. I don’t have to spill a lot of digital ink to inform you that b’nai mitzvah celebrations have become an arms race of excess. This was especially true in our Jewish private school milieu, where some of the planned festivities had the potential to rival royal weddings. For my wife and me, however, neither our funds nor our values agreed with this plan. But for our daughter, the social pressure to “keep up with the Jonesteins” was real and serious. It threatened a year of fights about venues, catering and headcounts that would, again, overshadow the actual significance of the event.

Instead, with that area of dispute removed from us by a tiny, spiky virus, we switched  to the popular “drive-by” — in which the family sits in the driveway after the big event, briefly receiving outdoor visits and doling out artisanally curated goody bags. And my daughter resiliently pivoted as well (another unintentionally positive by-product of these times). She proposed that, in lieu of a big party, we use the money to travel to dream destinations like Tokyo or Paris (post-pandemic), a truer delight for her than being “on” for three hours for a big crowd of people.

Now, don’t get me wrong. Without a doubt it was a letdown that we couldn’t spend the day surrounded by family. That said, we live in Los Angeles, and almost all of our family is on the East Coast. So in a conventional year, a bat mitzvah would necessitate a ton of travel, some painful decisions about who would make the trek and who wouldn’t and, frankly, a lot of hosting duties put on us. Here again, the child who’s being called to the Torah would be taking a backseat to a giant, family-accommodating scrum.

In this case, however, knowing everyone would be Zooming in simplified matters and decisions considerably. And even over a TV monitor, there was no question we could feel the love radiating through the screen (along with, well, literal radiation). In fact, this online format brought an added perk: the now-eternal and infinitely re-readable “Zoom chat log,” which gives an entirely new, granular and super-sweet account of the bat mitzvah unfolding in real time, from those we would have ordinarily only heard a handshake-line “mazel tov!” from.

But, ultimately, what resonated most about this unforeseen, small family celebration is that it reminded me of how my Dad described his bar mitzvah in the 1940s: He read some Torah, then retreated home for a small gathering with some nosh and a “l’chaim!” My daughter’s bat mitzvah was inadvertently “old-shul.” The pandemic helpfully recast our focus on what this rite of passage used to be, and maybe ought to move back towards — rather than the current trend of renting out arenas and hiring Drake to recite HaMotzi.

In a small way, I also think my daughter’s bat mitzvah experience echoes a critique sometimes leveled by members of the Jewish community who are disabled: The giant, institutional, one-size-fits-all style of celebrating a bar or bat mitzvah does not, in fact, fit all. As with so many other things, the pandemic has given us the opportunity to creatively reimagine something we took as a given, and refocus on what truly matters.

All I know is, for one extraordinary week, my family shared the lifetime experience of literally and figuratively bringing Torah into our home. And that’s something we can all hold onto — no matter how much we have to Purell afterwards.