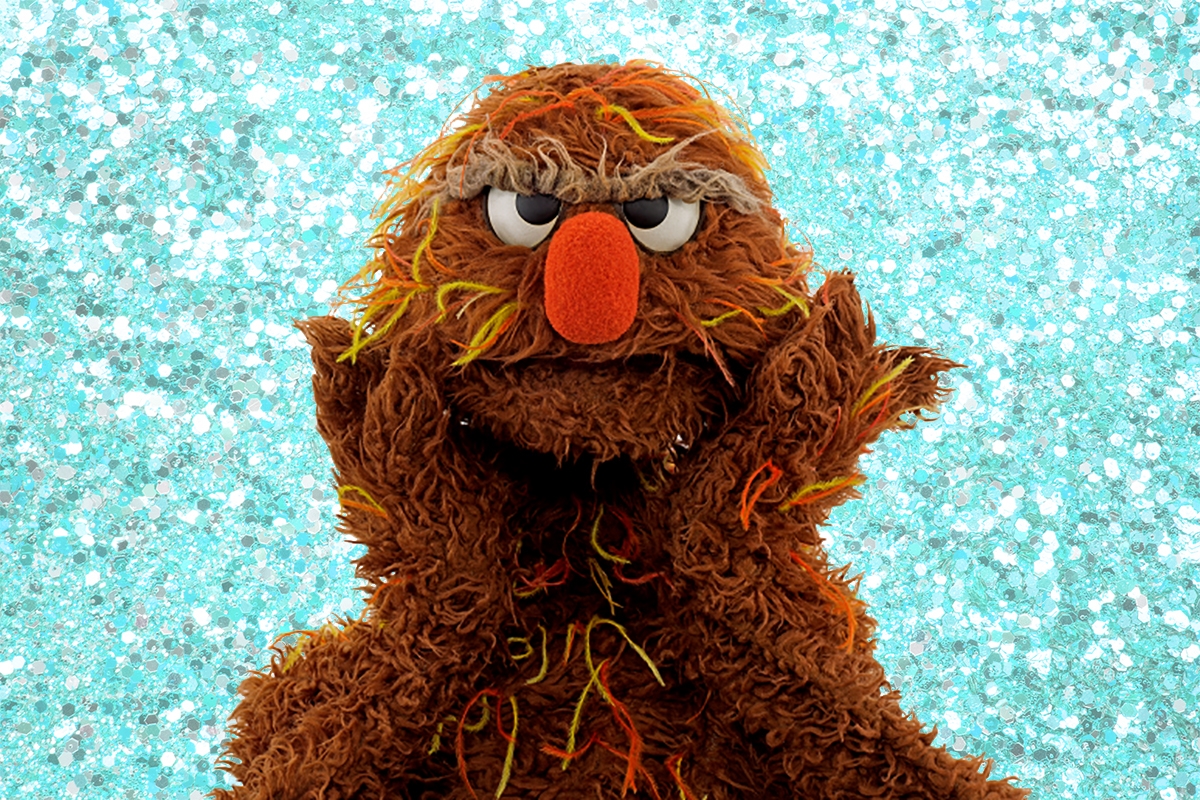 Once again, everyone is talking about Elmo. The red “Sesame Street” monster is making headlines due to his beef with Rocco, a rock, over a cookie. And while I am a fan of Rocco, cookies and Elmo — especially Elmo in a kippah — there is one cranky “Sesame Street” puppet that will forever have my heart, and his name is Moishe Oofnik.

I grew up on the Israeli version of “Sesame Street,” and boy am I glad I did. “Rechov Sumsum” — which yes, is just a literal translation of “Sesame Street,” but how great is the word sumsum?! — was truly a delight. The show’s first iteration originally aired between 1983 and 1987 and was a lovely reflection of Israeli society that really transmuted the loving and inclusive spirit of “Sesame Street.”

The show incorporated clips from the original “Sesame Street” and its puppets, with Hebrew dubbing and new Hebrew names — Big Bird became Tziporret while Ernie and Bert became Arik and Benz — along with original animations and clips featuring a host of Israeli actors, as well as new puppets, designed by Israeli artist Avner Katz.

The puppet “star” of the original “Rechov Sumsum” was Kippy Ben Kipod, a charmingly large pink porcupine who wore bright green overalls. Kippy was truly a pal, good-natured and inquisitive. But it was another puppet that stole the show. His name was Moishe Oofnik, he was brown, he was cranky, and oh, and he was, apparently, Oscar the Grouch’s cousin. Here he is chilling with his American relative:

One could say the most genius part of Moishe was his name. Moishe is a common Hebrew name, a diminutive of Moshe, or Moses, and Oofnik was what the Israeli team of “Rechuv Sumsum” decided would be the Israeli translation of the grouch. The word was purely fabricated for the show, and honestly? It’s perfect.

Of course, “oof” is the onomatopoeic word used to express frustration, which is commonly used in Hebrew as well as in English. The -nik is a common suffix used in Yiddish and in Hebrew, that denotes a person (or a puppet, in this case) is associated with a certain thing — like in nudnik or kibbutznik. So Moishe is the puppet embodiment of “oof-ness,” if you will.

Moishe, with his scraggly brown puppet fur, thick puppet brows, bright orange nose and perennially angry eyes, truly lives up to the greatness of his name. He is funny, unapologetic, full of rage and kvetchy AF. Oofnik showed us that you can be grumpy and totally lovable.

Oofnik also has the best crib. Unlike Oscar who lives in a, let’s face it, very basic trash can, Oofnik has a ride — a trash-filled antique car, the kind of car Israelis like to dub as a “taranta” — a clunker — which happens to break down one day in the middle of Sumsum street. It’s epic, it’s blue, it’s got graffiti and trash on it, and honestly, it’s kind of impressive? Oofnik is definitely a bit of a rockstar.

And Oofnik had some true star power — his storylines were always so much fun. In one episode, he asks for someone to take his picture for his girlfriend (that’s right, the ladies love Moishe!). “I don’t want to be handsome, I want to be angry, do you want my girlfriend to think that I’m sick?” he says. When he can’t manage an angry face, his friend calls him “cute,” and that’s when he starts to rage — rage enough for the perfect photo.

In another episode, he has a shop in which he offers to destroy people’s possessions — spilling mustard on their pants and breaking their radios with a hammer. Unsurprisingly, Oofnik’s business model is not an instant hit, and so he hires an advertising agent to help him create a (diverting!) musical campaign.

Oofnik’s star has true staying power. Since he first appeared on season two of “Rechov Sumsum,” the puppet has won many hearts across quite a few generations, starring in both the original “Rechov Sumsum,” “Shalom Sesame,” and the Arabic Hebrew version of the show, “Shara’a Simsim.” Even Seth Rogen used to watch Oofnik growing up, while eating rice cake sandwiches — and felt validated by his grumpiness. He’s the only puppet who migrated from the original “Rechov Susum” to the 2000s reboot on the Israeli Hop channel.

Oofnik also has range, taking his acting skills beyond Sumsum street and into other, more lucrative avenues. Oofnik stars in commercial campaigns for the Israeli Home Front Command, helping advertise fire and earthquake safety, as well as for the Israeli cable company Hot. Just like Elmo, Oofnik also had a late-night gig, starring on the somewhat short-lived “Tonight With Guri Alfi.”

Almost four decades after his inception, it’s clear that Moishe Oofnik is the best puppet around. Just don’t call him cute.