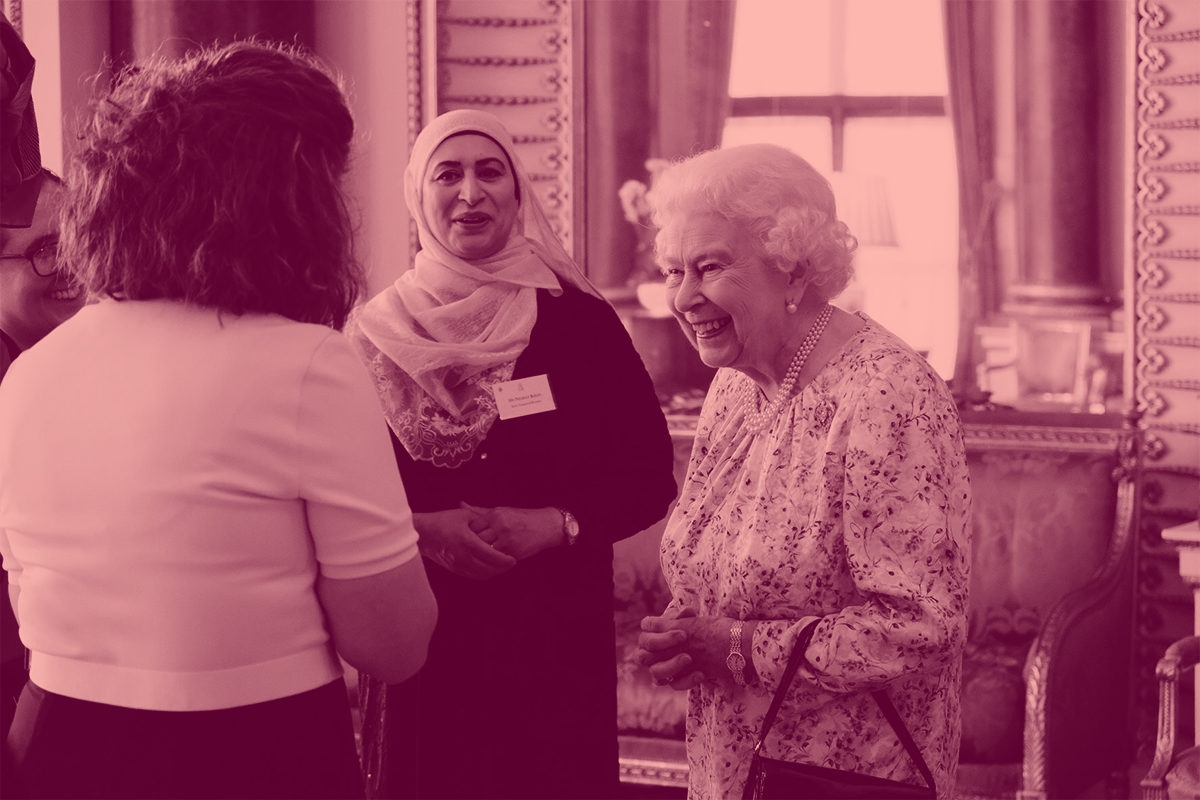 Editor’s note: This piece was originally published on June 25, 2019. We are republishing it today in light of the news of Queen Elizabeth II’s passing.

We love a good British royals story when it has to do with Jewish culture. Remember when Camilla, Duchess of Cornwall, danced the hora? Or when Prince William gave a Jewish grandma — and Holocaust survivor — a special honor? Heartwarming stuff.

And now, we have another tale to add to the series: At Buckingham Palace today, Queen Elizabeth II honored “individuals of all faiths and beliefs who are working at grassroots and community level to support their local neighborhoods and bring together different backgrounds and ethnicities.” And among the honorees? Anna Dyson, a Jewish mom-of-three who runs a special kind of coffee shop called ToastLoveCoffee in Harehills, Leeds.

ToastLoveCoffee, the website explains, “was the idea borne out of the unlikely friendship of two ladies living in Leeds. They met in December 2012; one, a British born, Jewish middle class mum of three and wife, and the other an Albanian, Christian, single mum of one, recently arrived asylum seeker.”

They created a space for people to connect who otherwise wouldn’t — like, say, a Jewish mom and an Albanian asylum seeker. The space is now open Monday to Friday, and it seems wonderful:

In an interview with the Daily Mail, Dyson explains, “ToastLoveCoffee is very much driven by my Jewish values… my passion for social justice, community, food — particularly bonding over food, that’s very Jewish.” (Amen!)

“It’s like you are hosting a kiddush, a meal that we have at the end of the service on Saturday mornings. We break bread together, say blessings and chat together over some dishes,” Dyson continues. “That’s my original inspiration, using food as an icebreaker for people to chat and to get to know each other, but it’s turned into a cafe and grown from there.”

Sounds lovely, right? Apparently the Queen of England thought so, too, as Dyson was honored at Buckingham Palace. Check out these fantastic photos:

Anna Dyson runs @toastlovecoffee, a café in Leeds rooted in the Jewish values of social action: in return for coffee, toast and other treats, customers offer their money, time or a skill to help others in their growing multi-faith community. pic.twitter.com/vg8kXcDGRc

In this tweet featuring another honoree, Valentine Nkoyo, the Queen seems to be looking at Dyson and smiling!

Valentine Nkoyo from Nottingham works with women who have suffered, or are at risk of suffering, FGM. Her foundation @MojatuF brings together 25 nationalities and 6 faith groups to help these women become more confident and widen their social networks. pic.twitter.com/FCIh9aME8n

Same in this one:

Today’s reception recognises individuals of all faiths and beliefs who are working at grassroots and community level to support their local neighbourhoods and bring together different backgrounds and ethnicities. pic.twitter.com/TF7M3h4mpL

(We wonder what they talked about? Corgis, perhaps?)

This isn’t Dyson’s first major honor, although it is her first royal one. At the end of last year, she was named to the #Interfaith21 list — 21 faith leaders for the 21st century — awarded jointly by the Jewish News, British Muslim TV, The Church Times, and Coexist House. In Dyson’s blurb, it explains that ToastLoveCoffee is rooted in the Jewish values of social action and tikkun olam.

Mazel tov, Anna, and keep up the amazing work!