Quentin Tarantino and Israeli Wife Daniella Pick Are Having Another Baby! – Kveller
Skip to Content Skip to Footer

Quentin Tarantino and Israeli Wife Daniella Pick Are Having Another Baby! 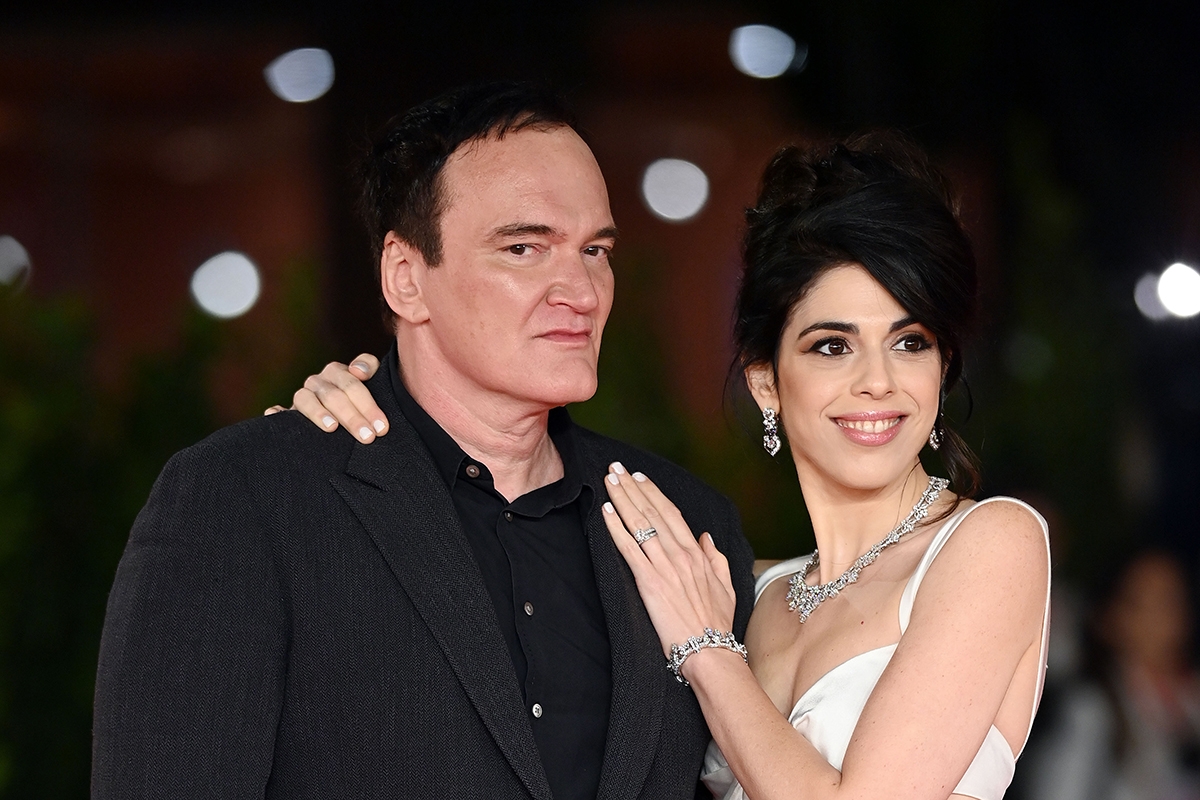 Abba (that’s dad in Hebrew) Quentin Tarantino and his Israeli wife Daniella Pick are expanding their family! According to sources close to the family, Pick is pregnant with the couple’s second child.

Pick gave birth to their first child, a son named Leo, who was named after Pick’s maternal grandfather Ari Shem-Or (Ari means “lion” in Hebrew) back in February of 2020 — which means little Leo is about to turn two. The award-winning director and his singer and model wife currently live in Israel together, taking the occasional trip into L.A. for work.

Pick, 38, and Tarantino, 58, have known each other for years — they first briefly dated in 2009, after they met at a Jerusalem movie premiere for Tarantino’s World War II revenge fantasy “Inglorious Basterds.” They rekindled their romance in 2016 and got married in 2018 in an intimate, but very Jewish ceremony. Since then, and especially with the onset of the pandemic, the couple has spent much of their time in Israel, where they live in a luxury apartment in Tel Aviv.

Tarantino has also been peppering his speech with Hebrew, saying “todah geveret” (thank you, ma’am) to his wife when accepting a Golden Globe, and sharing that his son calls him “abba.”

In a 2021 Ynet interview, Tarantino shared that he doesn’t change Leo’s diapers (?) even though he has no problem with it (??) because Daniella won’t let him (???).

He also discussed the toddler’s TV viewing habits, saying that he watches the Hebrew toddler channel and English YouTube videos, that he’s been introducing Leo to Snoopy, and that Leo’s favorite TV show is, at least as of last June, the British “Fireman Sam,” with Tarantino adding that the Hebrew dubbing is far superior to the original English.

Tarantino also shared how proud he was to be in the country that “dealt with COVID the best in the world.”

“I’m having a great time here,” Tarantino said about living in Israel. “We have fun together, I have a wife who is beautiful, incredible, a great wife and a wonderful mom. We care for each other and are one unit. To be a father is a thing that deeply moves me.” Mazel tov to the growing family.