Quentin Tarantino, We Have the Perfect Jewish Names for Your New Baby! – Kveller
Skip to Content Skip to Footer

Quentin Tarantino, We Have the Perfect Jewish Names for Your New Baby! 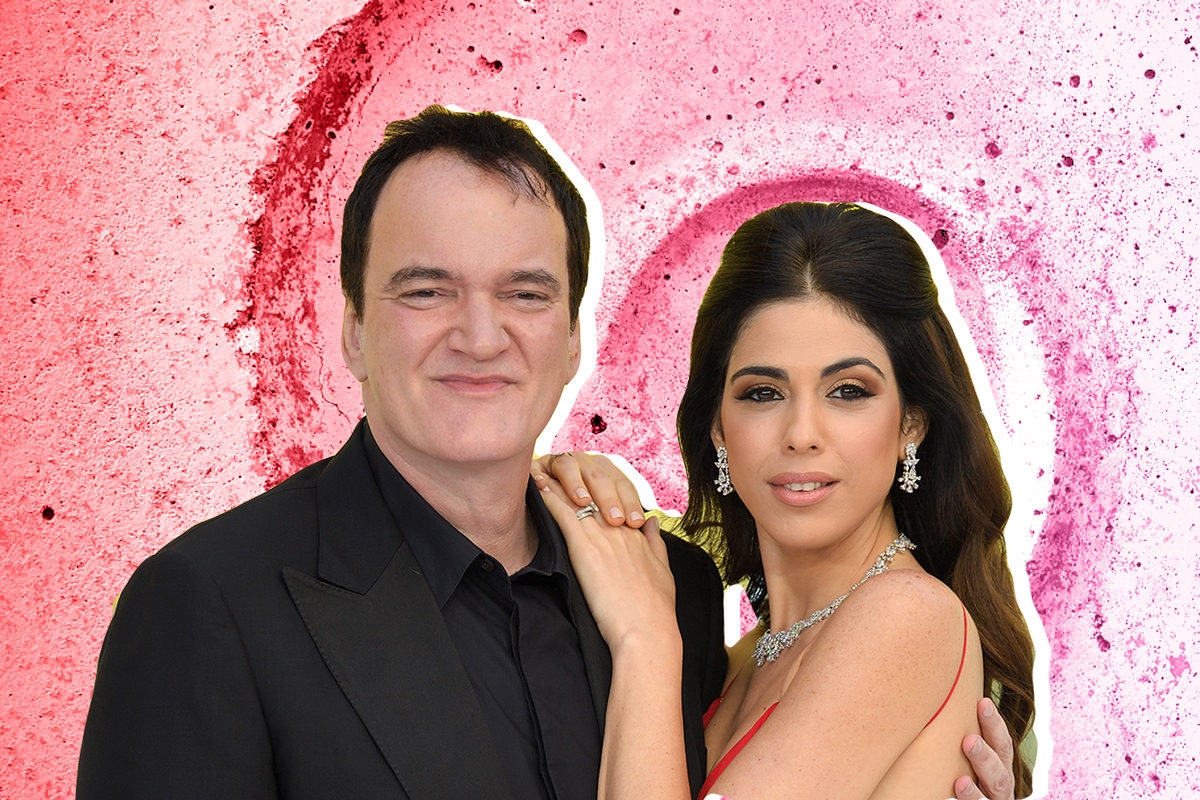 Mazel tov to Daniella Pick and Quentin Tarantino on the birth of their first child! The Hollywood director and his glamorous Israeli wife — who married under the chuppah in the summer of 2018 — welcomed a son on Feb. 22.

The couple is planning to raise their baby boy in both the U.S. and in Israel, in order to be close to Pick’s iconic and tightly knit Jewish family. (The Israeli musician and model is practically Israeli royalty; her dad, Svika Pick, is the Israeli king of pop!) The couple (now plus one!) is even renting a fancy villa in one of Tel Aviv’s most tony neighborhoods.

Tarantino has told Ynet that his life in Israel is “really, really great” and that he enjoys his newfound domesticity, spending time with his wife and eating her home-cooked meals. He’s even learning some Hebrew.

Shortly after the birth, Tarantino was spotted at the Israeli baby hotel his wife was staying in (yes, in Israel, baby hotels are a thing, and they are totally amazing). He was seen drinking coffee (he’s going to need all the caffeine he can get, trust!) and talking with his brother-in-law, Daniel Federman, who has three kids with Daniella’s sister, Sharona.

So, while we anxiously await the Tarantinos to announce the name of their firstborn, we thought we might help them with some ideas. Here are some very appropriate Hebrew and Jewish baby names to inspire the new parents:

Sharon — Sharon Tate (played by Margot Robbie) was one of the most important characters in Tarantino’s latest film Once Upon a Time… in Hollywood. While you may know it as a girl’s name here in the U.S., it is actually a unisex name in Hebrew!

Sharon is a biblical Hebrew name, which refers to the coastal plain of Israel. And Daniella’s sister is actually named Sharona, so it would also be a cute homage to their child’s aunt!

Samuel —The name Samuel means “God has heard.” Samuel was a biblical prophet who served both during the rule of King Saul and King David.

Samuel L. Jackson is one of Tarantino’s most frequent collaborators — and also one of his coolest ones. Sure, naming someone after a living person is not in line with Ashkenazi naming traditions, but also, I mean, come on: It’s Samuel L. Jackson!

Leonard — Leonard isn’t technically a Jewish name, but it is a name popular among many beloved Jewish men, like Leonard Nimoy and Leonard Cohen. Tarantino once starred in a short movie inspired by Cohen’s “Dance Me to the End of Love.”

One of Tarantino’s BFFs is actor Eli Roth, who was present at the couple’s wedding. Again, naming someone after the living may be gauche, but Eli is such a beautiful and common name. Plus, Leonard Cohen’s Hebrew name was actually Eliezer; Eli can be a nickname, so it can also be a tribute to the bard.

Gabriel – This Hebrew name, which means “strength of God,” is also the name of a famous song of Daniella’s father, Svika Pick.

Of course, if Quentin, Daniella — or even you, dear reader — aren’t into these suggestions, there’s always Kveller’s Jewish baby name finder for loads more options.

Mazel tov to the happy couple on their new bundle of joy!