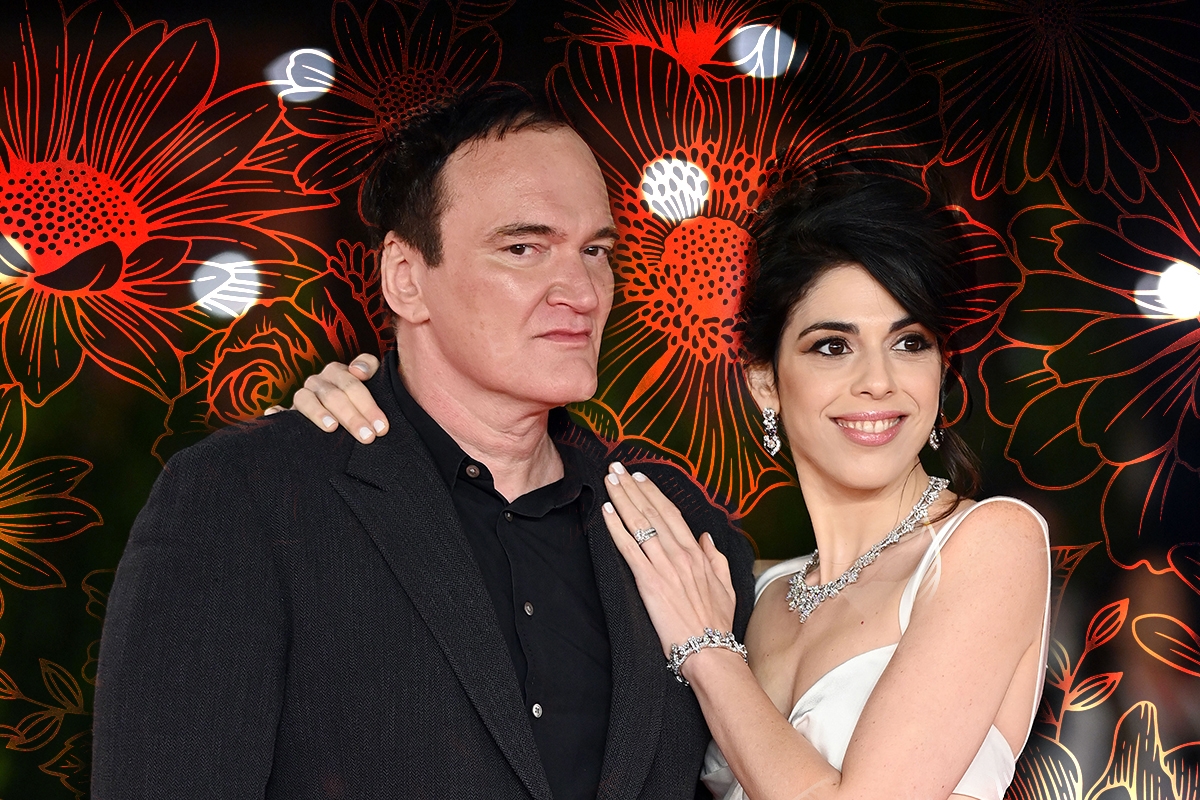 While the new family intended to split their time between Israel and LA, the pandemic hit a month later, which meant Tarantino has been spending most of his time in Israel. He’s been spotted at coffee shops and concerts, riding his bike and even receiving a honorary doctorate from Hebrew University in Jerusalem.

We don’t yet know the name of their newest child, but it’s likely that the couple will follow Ashkenazi baby-naming tradition. While everyone assumes the couple named their eldest son after a Tarantino collaborator (who also famously dated an Israeli model), he is actually named after Ari Shem-Or, Daniella’s grandfather. Ari is Hebrew for lion, and Tarantino told Jimmy Kimmel that the name is appropriate “because in our heart, he is our little lion.”

Like many babies, Leo’s first word was abba, the Hebrew word for dad. Tarantino didn’t speak much Hebrew before having children, but he has learned some words from Hebrew kids’ TV, like chatul, the Hebrew word for cat, and kelev, the Hebrew word for dog — the basic “Sesame Street” words, as he calls them. He also famously thanked his wife in Hebrew when he won a Golden Globe for best screenplay in 2020 by saying “todah, geveret,” which means “thank you, ma’am.” So sweet.

Mazal tov to abba Quentin and ima (mom) Daniella. If you’re still looking for a name for your newest bundle of joy, may we recommend the Kveller baby name finder?