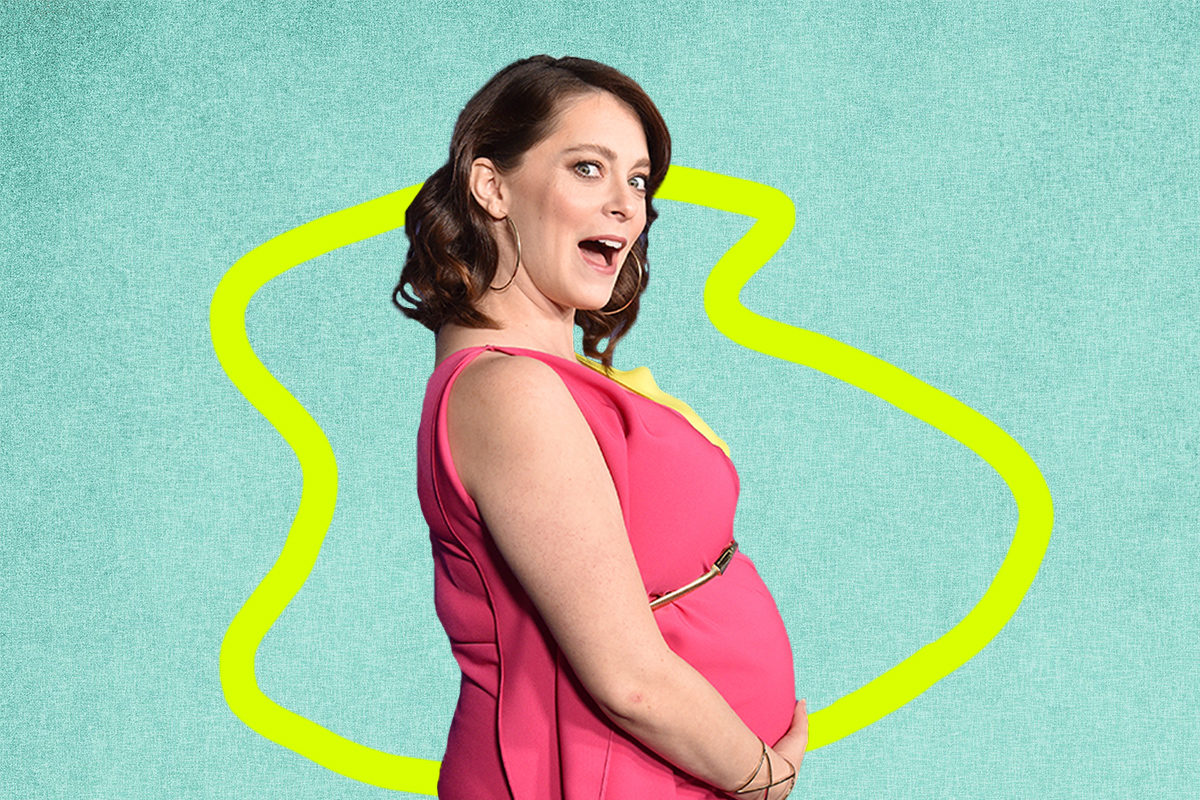 Lately, celebrity Jewish moms have been opening up on social media to tackle misconceptions and stigmas around pregnancy, and we are here for it! Last week, Amy Schumer shared her struggles with IVF and didn’t hold back any details. More recently, actress Rachel Bloom — who is currently pregnant with her first child — revealed her struggle with prepartum depression.

“I’ve heard of postpartum depression, but I hadn’t heard of [prepartum] depression going in,” the Crazy Ex-Girlfriend star told Us Weekly. “It was mild, and it lasted basically as long as the nausea did. I would feel a nausea spike and then get sad.”

Prepartum depression, or antepartum depression, effects some 14 to 23 percent of pregnant women, according to the American Congress of Obstetricians and Gynecologists. When not treated, depression in expecting mothers can lead to poor nutrition, suicidal behavior, drinking, and smoking — all dangerous risks that can lead to developmental problems for the baby.

As a public figure, we think it’s so important that Bloom, 32, is speaking out about her personal struggle with prepartum depression, as it helps to raise awareness of the issue.

Bloom shared how scared she was when she first felt those nausea spikes: “It was really, really scary. You’re not showing yet, no one knows you’re pregnant, you don’t feel super maternal, you just feel like yourself but nauseous and shitty and sad.”

It was in the movie theatre, while watching Avengers: End Game, that Bloom realized her hormones were doing something wonky.

The first trimester “really sucked,” Bloom said. With backaches, the second trimester wasn’t too comfortable either, but the soon-to-be Jewish mom said she uses a special cushion when she sits down to ease the pain.

Stress is a risk factor for depression during pregnancy, and with numerous projects in the works — she’s bringing The Nanny to Broadway, with the Fran Drescher, and is set to star in Mother Mary, an upcoming series about the mother of the Antichrist —  the expecting mother certainly has her plate full!

Bloom told Us she feels like she put her “body under a science experiment,” and that it’s actually pretty “cool.” She even uses apps to check out big her daughter is every day.

“I love looking at the creepy drawing of what she looks like in the womb,” Bloom said. “I love learning all the gross inner stuff that my husband is absolutely disgusted by.”