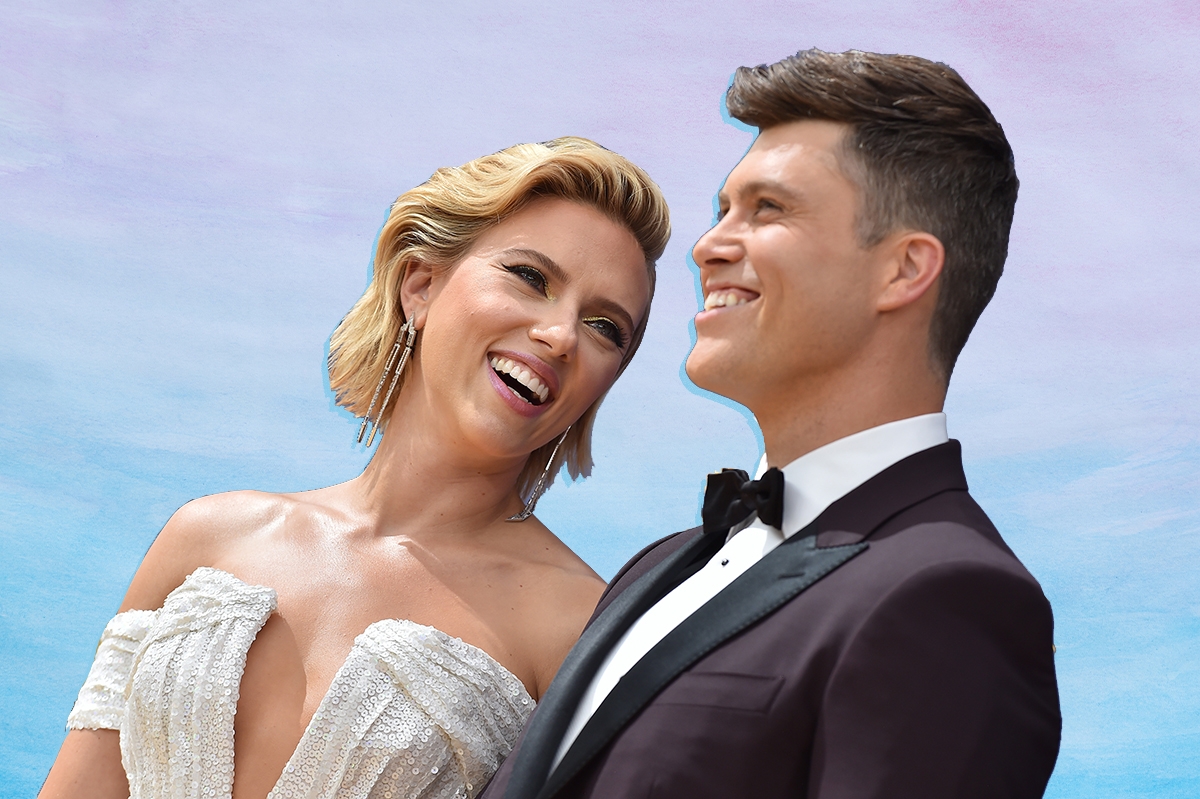 After Jewish actress and “Black Widow” star Scarlett Johansson, 36, revealed last month that she was pregnant with her second baby, we were so excited to learn that she has recently welcomed her child into the world! Johansson’s husband, “Saturday Night Live” actor Colin Jost, 39, was the first to share the news in an Instagram post this week.

Forgoing the typical baby-and-new parent shot through which many celebrities have shared their birth announcements on social media lately, Jost’s post reads simply: “Ok ok we had a baby. His name is Cosmo. We love him very much.”

We also respect Jost’s second slide of the post, reading “Privacy would be greatly appreciated,” along with lighthearted mention of his friend and SNL colleague, Michael Che, noting that all inquiries could be directed to Che (who he listed as his publicist). Nice.

While the name Cosmo does not necessarily have any Jewish meaning (it is a name with Greek and Italian origins meaning “order, organization and beauty”) it does have a Jewish connection. Jewish TV experts: Do you know where we’re going with this one? Cosmo is the first name of the beloved “Seinfeld” character, Kramer.

In an episode entitled “The Switch” (Season 6, Episode 11), Kramer’s mother blurts out his first name — which Kramer had been keeping a secret. Surrounded by Jerry, Elaine, and George, Kramer begins to embrace his name once and for all, proclaiming “All this time I’m trying not to be me. I’m afraid to face who I was! But I’m Cosmo, Jerry! I’m Cosmo Kramer! And that’s who I’m going to be. From now on, I’m Cosmo!″

We might be reaching a bit here, obviously, but we do truly hope that Jost and Johansson were paying homage to this iconic scene.

Johansson considers herself Jewish: Her mother, Melanie Sloan, is descended from Eastern European Jews. Her family’s last name was originally Schlamberg, according to the hit television show “Finding Your Roots.” In the program, Johansson is moved to tears as she learns about the tragic fate of her great-grandfather’s family in the Warsaw Ghetto during the Holocaust.

Cosmo is the couple’s first child together, while Johansson is also mom to Rose Dorothy, 6, with her ex-husband, Romain Dauriac. As we wrote earlier this summer, Jost has proven his stepdad credentials: He’s been spotted carrying his stepdaughter in some adorable photographs earlier this year.

Johansson has had quite the busy year, as she both had a baby and reprised her role as the Avengers’ Black Widow in her own solo prequel film. You may have noticed her name in the news as she recently sued Disney for the Black Widow release, saying that it was a breach of her contract that Disney+ released the film on the same day as its theatrical release.

This is not her first public controversy, as she has taken on multiple acting roles that do not reflect her own identity (that of an Asian woman in “Ghost in the Shell,” and that of a transgender man in “Rub & Tug” — a role she eventually pulled out of). Johansson has defended Woody Allen in the wake of sexual abuse allegations, and served in 2014 as the spokesperson for SodaStream, which operates a factory in the West Bank.

We wish Jost and Johansson a hearty mazel tov on the birth of their baby, and all the best to their growing family in this first season of parenthood.