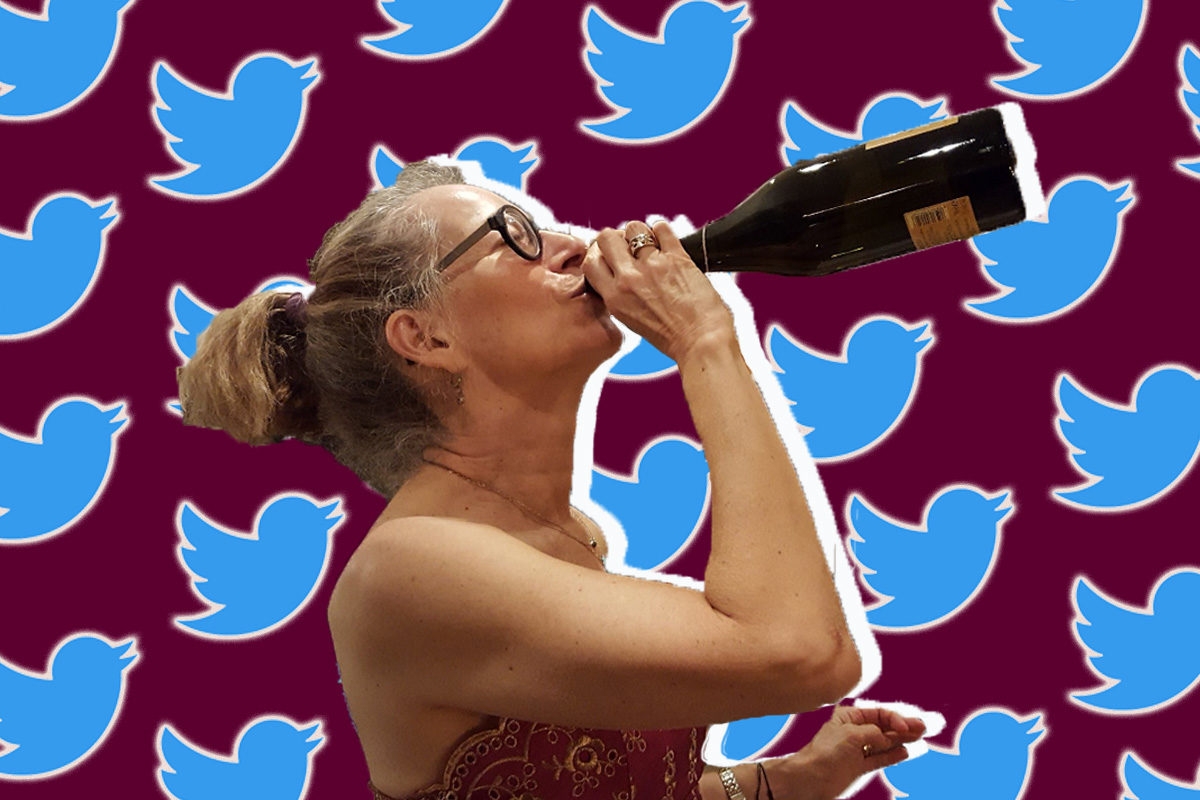 Not that I need a reason to talk about Twitter’s ultimate Jewish mom — and grandma! — but Sandy Rogen, Seth Rogen’s mom, just hit a huge milestone: 100,000 followers!

Sandy Rogen’s Twitter is a force to be reckoned with (constant typos aside). Peruse her feed and you’ll find a variety of themes: her husband, Marc, and their children (mostly Seth), yoga, wine, movie reviews, farts, and Vancouver. An eclectic group of topics, yes, but what’s not to love on that list? Plus, you can always count on Sandy to bless your timeline with a bold, and often obscure, opinion.

Plus, you can also count on Seth to call her out when she fulfills her duty as embarrassing mom (see #4).

Sandy celebrated her Twitter victory with a giant cake, but I’m going a less caloric route. At the time of this writing, the funny Jewish mom has 1,762 tweets. In the name of journalism, I combed through all of them to present thee with a ranking of this marvelous mama’s best tweets. Enjoy!

Thank you nice young woman at target saying hello to us , as we were buying 99 cent hand siap.

28. Documenting her husband’s meals, Part I.

Came home to husband making the biggest bag of popcorn ever ! pic.twitter.com/CgIT52nPHc

I like black berries but they always disappoint. Thats it .

Saw "atomic blonde". Didn't really understand it , but I think I will have some vodka now .

Just saw some women's underwear on the ground near the entrance to Costco……………..

23. Contemplating the wonders of the world.

I wonder things, like how old is the oldest working flight attendant?

22. Wine at malls for everyone!

There should be a place in the mall where you can sit and have a glass of wine ! Some malls do but they all should.

So to night we are sleeping over at my daughters to take care of her kids so she can go out, should I throw a party at her place ?? Hahahahaha

19. Not quite sure about this one.

I think the older people get the more Jewish looking they get. Think about it

Stretching out my shoes. Hahaha pic.twitter.com/KThgRl02Up

Why does some wine go right to my head and some feels like fruit juice?

Somewhere in my house there is another pair of socks exactly like these. ,, but I can't find them ! pic.twitter.com/B6aRd9WAfO

14. Throwing some shade at strangers.

I changed seats in a plane so the lady could be with her friend. Then she leaned the seat back on me .

Saw this. Thought of my son . pic.twitter.com/pogI4Ue7Y2

I am pretty sure i put hair conditioner on my face instead of body lotion. All those little bottles look the same. It was actually quite fine.

11. The one where Sandy texts her kids.

Mine looks remarkably similar, however I can’t even fit the whole thing in one screenshot. She keeps going…. pic.twitter.com/ZAA4vfxScp

Boy, I really don't like it when the guy in front of me in yoga is wearing loose shorts and no underwear! Ew!

9. Sandy goes on a Disney cruise.

Just got off a week disney cruise with the grandchildren. I think everything about me has turned to mickey mouse.i think my poo is shaped like mickey

Sorry. Just had to . pic.twitter.com/K7FWTR0x9J

When you wear a big heavy coat no one can tell when you fart.

5. Sandy is the matriarch of all fart jokes (AKA Part IV).

You know you've been married a long time when you don't even know which one of you farted.!

Well it was real and i wonder if she really would have wanted her " hoo hoo" so obvious.

3. Sandy has a very weird dream.

I had a dream that Beyonce and jay z were at Seth’s house, and me , my husband and daughter were there dressed very weird and making super awkward comments. It was only a dream! So vivid.

Do you think meghan is just running around the palace singing " i'm a fucking princess " ? No judgements.
I would be doing that.