The 11 Most Jewish Episodes of ‘The Nanny’ 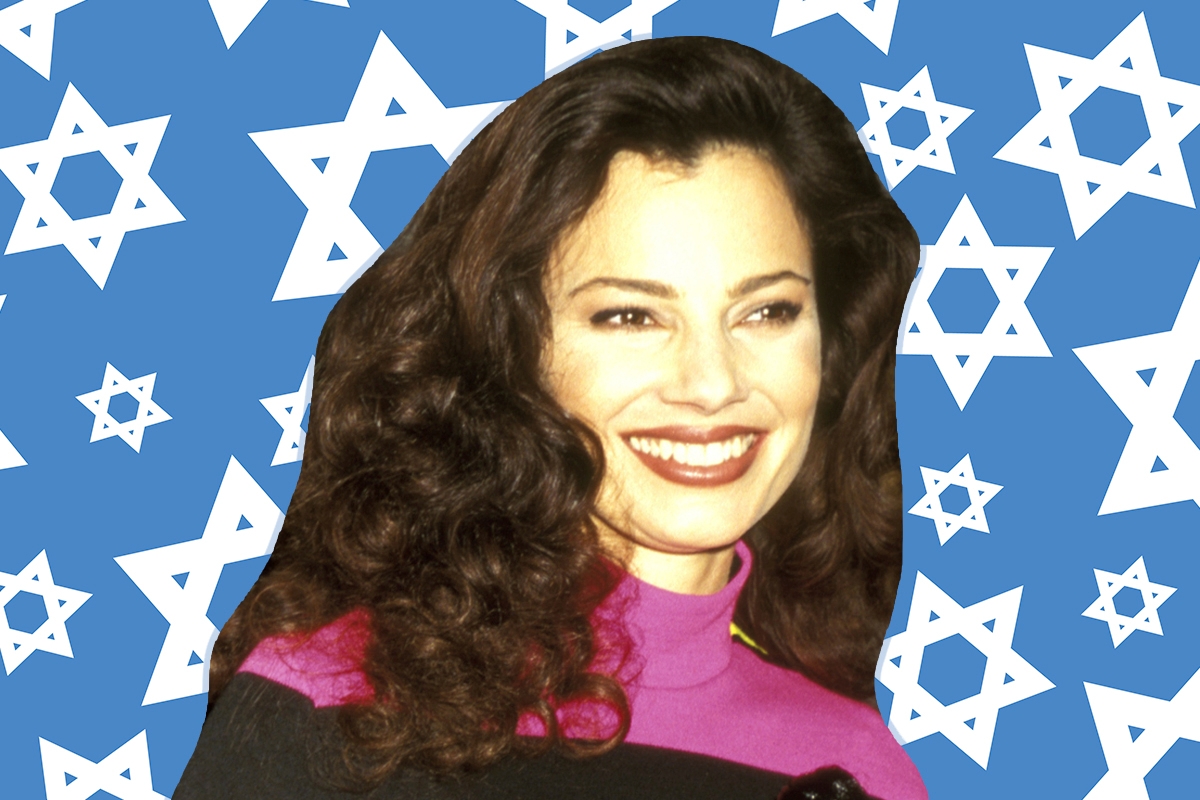 Now that all six seasons of “The Nanny” are available on HBO Max, a lot of people are discovering the show for the first time, myself included. Though I was obviously aware of the sitcom when it originally aired from 1993 to 1999, I never felt compelled to watch it, probably because I was busy watching other shows (like “Friends“) and doing homework.

But during the long months of the pandemic I was drawn to the familiarity and comedy of sitcoms. And after rewatching my favorite shows — “Chuck,” “BoJack Horseman,” “Crazy Ex-Girlfriend,” just to name a few — “The Nanny” seemed like the right fit for my mood. It offered me a light escape, and best of all, it was unapologetically Jewish.

You could turn on any episode without ever having seen the series and you would know that Fran Fine, the titular nanny played by Fran Drescher, is Jewish — by her mannerisms, speech and topics of conversation. Throughout the show’s six seasons, there are constant Yiddishisms, mentions of Jewish holidays large and small and, of course, Barbra Streisand worship.

Though some have criticized the character of Fran for being too stereotypical, she also transcends those stereotypes. Fran is an object of desire — the “will they/won’t they” between Fran and her boss, Maxwell Sheffield (Charles Shaughnessy) is the backbone of the show. What’s more, other characters constantly call her sexy, even though she is loud and brash. Jewish women are not always portrayed as attractive, so this is affirming to see.

Unfortunately, the show does not do so well with other minorities. There are racist depictions the rare times People of Color are on the show, especially Asian people. But it’s certainly not the only show from the ’90s that doesn’t completely hold up today (there are also too many cracks about weight), and if you do watch with your family, you can have conversations about why certain jokes are problematic. But we can also appreciate what this show gets right about Judaism. Read on for the 11 most Jewish episodes of “The Nanny.”

In this early episode, we already see Fran’s influence on the Sheffield family. Fran has to take a day off to attend a family wedding, so Mr. Sheffield’s business partner, C.C. Babcock, watches the kids. Gracie, the youngest, feels neglected, so she runs away to Queens to find Fran. Gracie starts to pick up on Fran’s way of talking, which will continue throughout the series. There are also little bits of familiarity throughout the episode, such as the way Fran yells from the living room to everyone throughout the house, instead of going to find out where they are — raise your hand if this is your family! — or the way she cleans schmutz off Mr. Sheffield’s face by spitting on a tissue.

This Christmas episode gets a spot on this list because of Fran’s excitement about her first-ever Christmas and tree. When Mr. Sheffield asks her to work on Christmas, she says, “To be part of a real Christmas is a dream come true.” This is such a relatable sentiment — we’re bombarded with images of perfect Christmases every December and, even if you’re proud to be Jewish, it’s normal to want to experience the fun parts of this holiday (if not the religious ones). At the end of the episode, they sing “The 12 Days of Christmas” and Fran comments on how bizarre the lyrics are. Honestly? I agree.

This is the first episode in which we really get to see Fran’s Barbra Streisand obsession. C.C.’s father is in town and has front row tickets and backstage passes to Streisand’s concert. C.C. isn’t interested, so he invites Fran, who can recite the singer’s life story, including her childhood home address. But Fran has second thoughts because she wants C.C. to spend more time with her father. Maybe not every Jewish person is a Streisand fan, but when Fran refers to her as “our leader,” I felt that.

Fran’s bubbe, Yetta — played by Ann Morgan Guilbert of “The Dick Van Dyke Show”  — is consistently the funniest part of the series. Yetta is often confused, but lucid when it matters, and she always looks chic with her fanny packs and sparkly jackets. When her retirement home is being tented for termites, she has to stay with the Sheffields. She calls the children her little pitselehs and it’s not even translated for the audience. (FWIW it means “little ones” or “dears.”) There’s a great scene between her and Fran and Fran’s mom, Sylvia (Renée Taylor), in which Gracie points out that they argue a lot, not understanding that that is how many Jewish families show love. This has one of the best Yetta scenes, which I won’t spoil, but it does involve a bagel.

Fran meets a man at something called the Hadassah Hoedown and he is the holy grail: a rich, Jewish doctor. When he asks her to marry him after only dating a short while, she says she has to think about it. “Why don’t you grab a knife and stick it straight through my heart,” is Sylvia’s reply. Fran gives in to the Jewish guilt and says yes, but when he takes her to buy the ring (paying retail!) the whole thing turns out to be too good to be true (no spoilers here). Gracie recommends therapy, which leads to another classic Fran-Yetta-Sylvia scene about Sylvia’s obsession with her daughter getting married.

It’s a rare sitcom that features a bris, and this one is complete with a description of a mohel. When Sylvia hosts a bris for a family member, she hires budding filmmaker Brighton, the middle child, to take video. But nobody told him what a bris entails — first he accidentally shoots the brisket —  so he passes out while filming and misses it. The gaffe lands him on “America’s Wackiest Home Videos” and the family gets a trip to California out of it.

Mr. Sheffield wants to send Maggie, the oldest, to a convent in Switzerland after catching her making out with a boy (the show is not very creative or feminist with her plots — they all involve kissing boys). Fran tells Maggie that when she was her age, she spent a summer at a kibbutz in Israel, so Maggie decides that will be a suitable alternative to the convent. Fran then remembers she lost her virginity (for any younger viewers, she says “hat”) to a young man on the kibbutz. Anyone who has ever been on a Birthright Israel trip knows this is an accurate depiction of young Americans in Israel.

The Fines’ synagogue has a new cantor, Gary, who is single and gorgeous, so naturally Sylvia wants to set Fran up with him. The women rush the bimah after services, but Fran is of course the one who ends up dating him. But when Burt Bacharach (yes, it’s really him) is at the Sheffields’ home working on a new Broadway show, he hears Gary sing and wants to hire him, so Gary leaves the temple for show business and everyone blames Sylvia.

When Fran goes to a bar with her best friend, Val, she picks up a Jewish doctor played by a young Jon Stewart. He seems like the full package — he wants children someday and his mother isn’t alive — but when they run into each other at a wedding, they discover they’re cousins. This is the episode that Mr. Sheffield decides to send Fran to a therapist played by Spalding Gray, who discovers she has a marriage obsession, and she continues to see him in other episodes.

In the last season — spoiler! — Fran and Max are finally married. Fran is excited for their first Hanukkah together as a family. They have an interfaith marriage, but it’s important for Fran to continue the traditions she was raised with. Fortunately, Max is on board, but he has to unexpectedly go to Boston on the first night of the holiday and he takes Gracie and C.C. There is a blizzard and Fran worries they had an accident. She tells Maggie and Brighton that Hanukkah is a night of miracles and, sure enough, the gas that was only enough to keep the car’s engine and heater going for an hour lasts eight and they get home safely. Bonus: Ray Charles, who plays Yetta’s fiancé Sammy, sings “Home for the Holidays.”