‘The Nanny’ Is Finally Available to Stream! 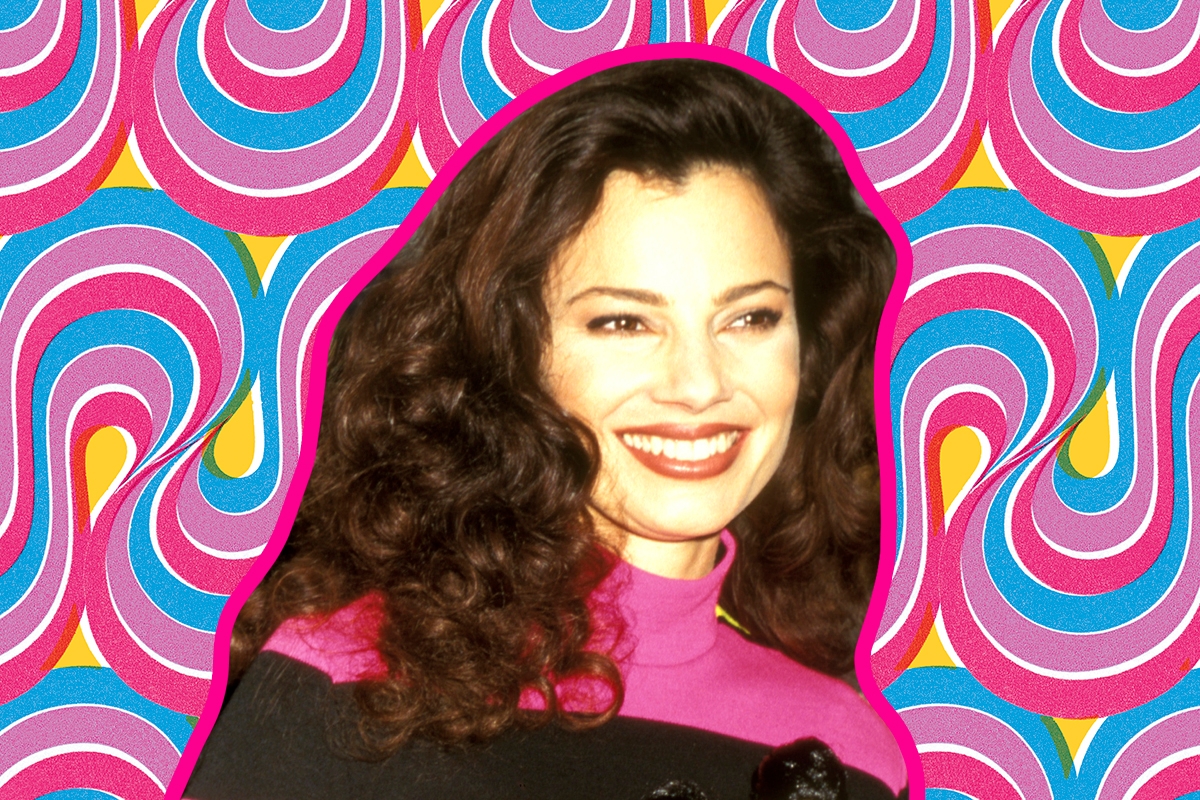 Boy, do we have news for you: our favorite Queens-bred bridal shop employee turned childcare provider is finally coming back into our lives. That’s right, after a long, long wait (it’s been 22 years since the show went off the air), all six seasons of The Nanny are now streaming on HBO Max.

I don’t know about you, but I’ve been anticipating this moment for years, maybe decades?! At least since I first got a Netflix membership in the early 2010s. And now it’s here, and right in the middle of Passover, too — some television mana from heaven for us Jews.

If you’ve never watched The Nanny before (is that even possible?!), the show stars Fran Drescher as Fran Fine, a nasal-voiced, impossibly fashionable, very-much-loveable, and yes, incredibly, loudly Jewish bridal consultant from Flushing, Queens. After Fine gets fired from her job by her ex-boyfriend, who runs the bridal shop, she accidentally lands a gig nanny-ing for the three kids of Maxwell Sheffield, a handsome British widower, and Broadway producer.

The show aired between 1993 and 1999, and, aside from being a widely adored hit internationally (including in my home country of Israel), it was also groundbreaking when it came to Jewish representation, in many small and big ways. The show was Drescher’s brainchild, along with her then-husband, Peter Marc Jacobson. It was based on Drescher’s own life experiences in Queens, and many of the characters were named after relatives and friends — including Fine’s parents, Morty and Sylvia.

Drescher absolutely insisted that her character had to be Jewish, despite pushback from studio execs. Drescher recounted that entire story on LA Magazine’s The Originals podcast:

“When we got green-lighted to write the pilot for The Nanny, I guess the network was already talking to major sponsors like Procter & Gamble, who said, ‘It sounds great — we’ll buy the show outright. But the nanny has to be Italian, not Jewish,’” Drescher told host Andrew Goldman.

But Dresser said she knew that “this character needs to be written very close to me and all the rich and wonderful characters that I grew up with.’

“Peter and I have a brand of comedy that’s rich in specificity, and not only couldn’t we have written it that way — if the character were Italian — but I couldn’t have performed it that way,” she explained. “So we kind of mustered up our chutzpah and said, ‘No, Fran Fine must be Jewish.’”

The Nanny wound up being the first sitcom centering a single Jewish woman, and one who, while not too religiously observant, isn’t coy about her Jewishness at all. Other actresses have straightened their hair, or tried to conceal their accents, or even changed their names. Fran Drescher did none of those things, in fact, she made a living from embracing and even accentuating them.

Fran Fine was larger than life, from her big curls to her Yiddishisms, to her undying love for Barbra Streisand, to her outfits — each one a technicolor masterpiece (to this day, there is nothing I want more than to own all of Fran Drescher’s outfits). Did some people call her a Jewish caricature? Sure. But for many young Jewish girls like myself, Fine was something to aspire to — confident, colorful, and authentic. She felt cut from the same cloth as so many of the Israeli women I grew up with (well, minus the Queens’ accent). She was real and endearing because her character was so true to Drescher’s own essence.

Drescher also surrounded Fine with other amazing Jewish characters, often played by wonderful Jewish actresses. From the delightful Renee Taylor who played her mom, Sylvia Fine, to future GLOW star Jackie Tohn, who played Fine’s cousin in a guest episode. Drescher’s own parents, Morty and Sylvia (Drescher, not Fine!) also made their appearances in the show, as extras and relatives.

Then of course there was Yetta, Fine’s grandmother, all purple big hair and huge spectacles, who was played by Ann Morgan Guilbert, who is forever an icon.

Watching the show today, after many years of nostalgic reminiscing, I’m pleasantly surprised at how well it holds up. The characters are still just as delightful and familiar and even the Jewish jokes still land.

It’s hard to say which episodes of The Nanny are the most Jewish — the show rarely ever goes a full five minutes without some Jewish quip! But some highlights include a bris-centered episode called “The Unkindest Cut,” “The Kibbutz,” in which Fine reminisces about her time in Israel, and “The Hanukkah Story,” in which Fine remembers the Hanukkah’s of her youth in anticipation of her first Hanukkah with Mr. Sheffield.

Then, of course, there are a host of incredible Jewish guests. Fine has many suitors in the show played by Jewish actors, from Richard Kind, to Jason Alexander, to even Jon Stewart. And many incredible Jewish legends star in the show as themselves, from puppeteer extraordinaire, Shari Lewis, to the legendary Elizabeth Taylor and Bette Midler.

So yes, while we’re still hoping for a Nanny reboot starring Cardi B, and while we’re still anticipating the premiere of The Nanny musical on Broadway (by showrunner Rachel Bloom, no less!), this return of the flashy girl from Flushing sounds like exactly what the doctor prescribed!

I Wanted My Jewish Son to Have Blue Eyes. Here’s Why That’s Complicated.