The Advice My 99-Year-Old Jewish Grandma Was Right About 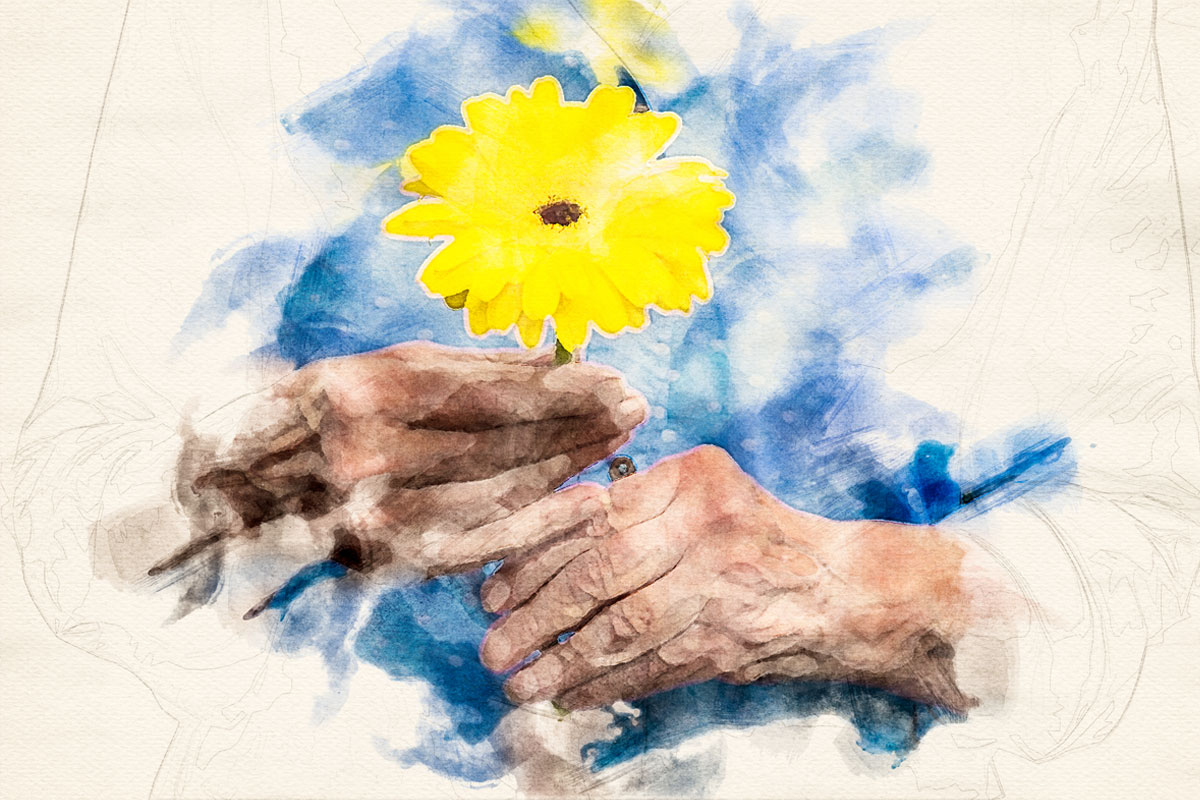 At 99 years old, my Grandma Phyllis is as opinionated as ever. She still wants to know all the details of her children’s, grandchildren’s and great-grandchildren’s lives, and she still gives unsolicited views on what we say.

Over the years, it’s been perhaps a bit too easy to dismiss some of her ideas as belonging to a different time and context. For example, she assured me that I’d never find a man to marry if I didn’t get a nose job. I withstood the pressure and I did manage to find someone to marry — well, OK, I married a woman, so maybe Grandma was right about that one. Still, I’m glad I didn’t change my looks for anyone.

And I’m also glad I ignored her dire warnings about using tampons. No need to say more.

Perhaps most importantly, I didn’t heed her repeated instructions to “stick to my own kind” and marry a Jew, because I ended up finding a lovely non-Jewish woman to share my life with. Unfortunately for my bubbe, none of her grandkids partnered with a Jew, but we’re all happy nonetheless. And I imagine (but don’t actually want to know, thanks) that the three of us are following her advice to have plenty of what she calls “whoopie,” which she says is important for a happy relationship.

But she has been right more than I’ve given her credit for, and I’m realizing now that I should take onboard a bit more of what she has said over the years.

For instance, Grandma Phyllis often said to never pay full price for something. She seemed certain that whatever you wanted would go on sale eventually, and then you could stock up. And, if there was no sale, she seemed to think you could try to convince anyone to lower the prices. In her heyday, she was a master of bargaining. I couldn’t even count the number of times I cringed because we were in a shop with very clear fixed prices and Grandma would be trying to talk the salespeople into making a deal.

I even distinctly remember an occasion when I wanted something in particular quite badly, and Grandma refused to buy it at the listed price. I hid my face as she badgered the salesman. “Come on, lady,” the man whined. “Don’t try to Jew me down. This is the price. I can’t do anything about it.”

“You can always do something about it,” she snapped back, ignoring his offensive words. She took my hand and said, “Let’s go.”

I didn’t get what I wanted, and I was embarrassed by the whole scenario, but watching her, I did learn one of her favorite lessons: “You don’t ask, you don’t get.”

Her view has always been that if you want something – a lower price, a date with someone, a promotion at work – you should just ask for it. You might not get it – in fact, you probably won’t get it – but no harm in trying. You never know.

This has served me well lots of times, especially in situations when I was experiencing imposter syndrome. I didn’t think I was good enough to apply to do a PhD or to submit a book proposal, but Grandma has always reminded me, “You don’t ask, you don’t get.” So I tried anyway. And I have certainly achieved some things I hadn’t expected to.

Another of Grandma’s tips has been, “To hell with work.” She doesn’t mean that you shouldn’t have a job and shouldn’t do your best at your job. Rather, she means that you do your job and then try to let it go and not stress too much about it. I’ve not been good at following this bit of advice over the years, so Grandma Phyllis has gotten stricter with me. Now she says, “Don’t kill yourself for work. They don’t care.”

She’s right. It’s important, but not easy, to have a good balance in life. That’s when another saying of hers comes in handy: “Take it all in stride.” Don’t worry so much, don’t be looking ahead or looking back, don’t make everything a big deal. Instead, do what you can and then move on.

As I’ve been living through the intense years of having young children and a heavy workload, yet another of Grandma’s pieces of advice has become relevant. This one is to take naps. I’ve never been a good sleeper, and I’ve certainly never been a napper. I have distinct memories of being a child at my grandparents’ house and hating listening to Grandma snore during her afternoon nap. She’d try to get me to settle down next to her and I’d just fidget, itching to get up and play fun games.

I’m still not a napper, but I do think she’s right in that we need to take time to slow down and rest a little during the day. Five minutes with a cup of herbal tea or a quick stroll around my neighborhood is enough to reset my brain so I can keep going. Grandma wouldn’t recognize that as a nap, but it is a form of recharging.

Probably the most important advice Grandma Phyllis has given me over the years has been, “Be a mensch.” Sure, she prizes happy relationships, having children, being successful at work and saving money, but above all else, you should be a kind, generous, compassionate human being. You should strive to make the world a little bit better. That’s something I’ve done my best to take onboard.

So while I may have ignored Grandma’s advice and disappointed her in a number of ways – my big nose, my same-sex marriage, my willingness to pay full price from time to time – I still feel I’ve learned from her. I just won’t talk to her about tampons.