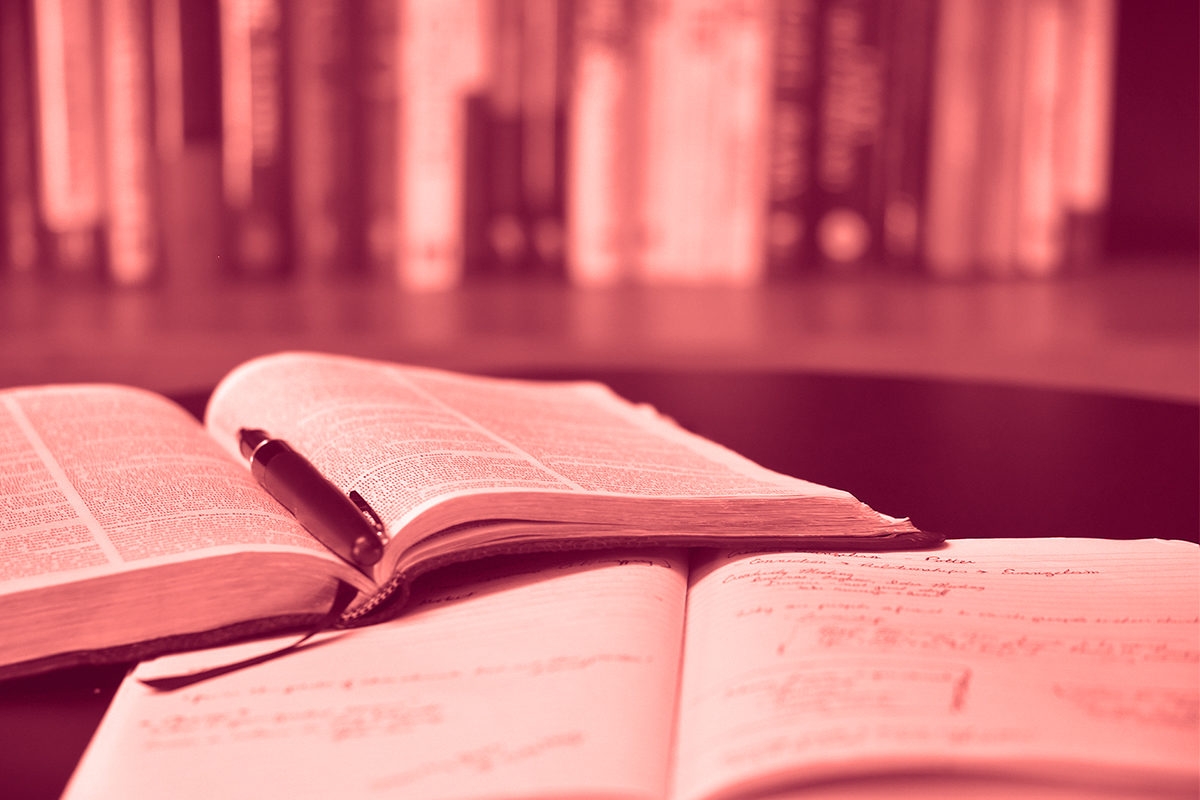 There are many parts of my son’s bar mitzvah that I will never forget: watching his face beam with pride as he read from the Torah; seeing the love of family and friends as I looked out at the congregation; the strong feeling that our ancestors were watching over us as we passed down our tradition to another generation.

But as I think back, I realize that one of my favorite things about my son’s bar mitzvah didn’t happen on that special day. Instead, it was in the weeks leading up to it — at his bar mitzvah tutoring lessons.

Believe me, I’m as surprised as anyone about this. I was looking forward to the bar mitzvah, not all the prep work that needed to go into it. When we received my son’s tutoring dates from the clergy, there was also a note saying that all sessions must be held in the temple, and that an adult was required to sit in on each one.

At the time, this irritated me — staying at the temple for my son’s lessons felt like yet another chore. All the errands I thought I would get done during this time would now need to be rescheduled. And since I couldn’t leave my 9-year-old home alone, he’d now have to come with us, too, along with enough books and toys to hopefully stave off whines of “I’m bored.”

And so, the three of us went off to the first lesson. We met in the sanctuary, where my son would eventually have his ceremony. Rachel, his tutor, told my son to stand on the bima, his prayer binder open in front of him. I was asked to sit in the front row, where I would be on the real day.

My son began to read the prayers so that Rachel could get a sense of what he knew, and I was pleasantly surprised. After religious school each week, he had always told me that he “didn’t do much” and he “didn’t learn much.” Clearly, that was not true! Yes, he still had prayers to practice and Torah portions to study, but at the same time, I was amazed by how he had been taught so much without me knowing.

After a quick 30 minutes, Rachel gave my son homework: She told him to practice every day for 18 minutes, or chai, the Jewish lucky number. He nodded in agreement, seeming ready to get started.

But when it was time to practice the next day, it was a whole other story. He grumbled and complained. He went into our sunroom, saying he was practicing, but I strongly suspected he was playing on his phone. The next day was the same, as was the next. Studying became a mini-battle. I didn’t want to nag, but that’s exactly what I was doing.

Finally, after a week where I was convinced that he might have practiced 18 minutes — total — we had our next session with Rachel. My son went back on the bima and recited the prayers, clearly improved over last week. Once again, I was in shock. Just how did he learn so much when he seemingly spent more time complaining than studying?

Meanwhile, my weeks were becoming increasingly filled with bar mitzvah logistics. He wanted a casual event, so we planned a luncheon after the service for everyone, and then an evening party in a local park with his friends. I decided to accomplish one task each day. First it was figuring out the centerpieces, then ordering the parts to assemble them. Another time, my husband and I decided on the dinner menu, and then the next evening was spent designing a sign-in board. Then clothes for each of us. Then kippot. Then entertainment. Then favors.

The weeks went on like this. I gently reminded (read: forced) my son to practice, while my mind swirled with an ever-growing to-do list. On tutoring days, we would rush through dinner before heading to the lesson, everyone exhausted and grumpy from the stress of it all.

But, then, we would get to the temple. I would sit in my front-row seat and silence my phone. My younger son would pull out the books and toys he brought with him and quietly keep himself busy. And my almost 13-year-old would step onto the bima, open his binder, and start singing Hebrew.

And with that, the stress of life faded away. During those brief sessions at the temple, everything changed. My son was lively and focused. He sang intently, wanting to get all the pronunciations right. He asked Rachel questions about the text: Why was the melody sung this way? Why do we repeat certain words? He was inquisitive and involved, wanting to understand it all.

I had never seen him like this before — independently learning from a teacher, engaged in a process, and so comfortable with himself. I sat there watching, an audience to his learning. I cheered him on when he read something well, and silently sent him positive vibes when he struggled.

I began to look forward to these tutoring sessions; they were 30 minutes that centered me. I forgot all about my to-do list and remembered what this beautiful tradition was all about. It eventually became my favorite half hour of the week.

In the evenings after tutoring, I would tell my husband about the lesson and how amazing it was. How Rachel brought out the best in our son and how he flourished before my eyes.

Ten days before the big day, we had a bima rehearsal with the cantor. She told us that, in the course of a bar mitzvah service, the Shehechiyanu — the prayer that signifies something new — is said twice: once at the start of the service, when the bar mitzvah child puts on his tallit for the first time, and once at the end, to commemorate his first time reading from the Torah.

She explained to my son, “At that initial Shehechiyanu reading, the audience of family and friends will be looking at you as a child. Handsome in your suit, yes, but still as a young boy almost playing dress up.”

She continued, “But then you will lead the service, commanding authority, showing what you learned and acting so mature. That second time we say the Shehechiyanu, the audience will see you differently. In that hour and a half, you will age in their eyes, and you will no longer be a child. Your family and friends will now be able to see the adult that is inside.”

She said what I was feeling much better than I could have said it myself. Every week at tutoring, I was watching my son transform. I wouldn’t call him a full-fledged man, but he certainly was no longer a child.

On my son’s bar mitzvah day, I had tears in my eyes. It’s partly because I know how hard he worked and I was so proud of what he had accomplished. But it’s also because I will miss the weekly tutoring sessions, where I got to see my son outside of his everyday life and witness his future arriving, one prayer at a time.

Header image by lil_foot_ from Pixabay