The Hottest Jewish Baby Names for 2020 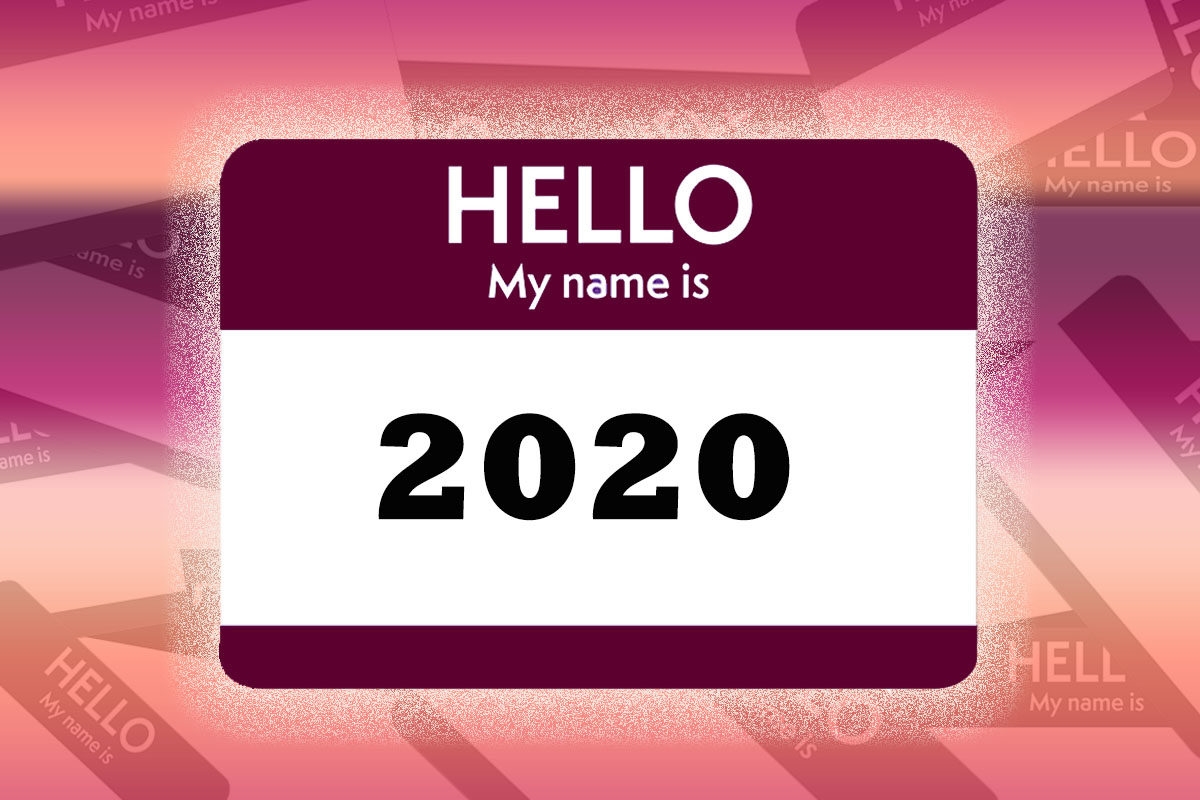 A new year is upon us! Here at Kveller, that means one important thing: It’s time for our annual list of top Jewish baby names!

As usual, we used a very complicated algorithm (drawing upon baby name banks, trending pop culture and celebrity names, and so forth) to compile a list of the what’s sure to be the hottest Jewish baby names we’ll see in 2020.

Of course, this list is just a start. If you’re expecting a bundle of joy and none of these names resonate with you, be sure to check out Kveller’s baby name bank for loads more options.

Ada — A short, sweet name that means “ornament” in Hebrew.

Allegra — Allegra is a Ladino name that means “happiness” and just may ensure that your baby has a positive attitude!

Billie — This name means “bashful” in Hebrew. In the torah, Bilhah worked as a maidservant for Rachel who was married to Jacob.

Eden — Eden is literally and figuratively the most heavenly name on this list. A nod to the Garden of Eden, this Jewish baby name means “paradise.”

Luna — Luna is the name of hilarious celebrity Chrissy Teigen’s firstborn, so it’s no surprise that it’s on the rise. Though it means “moon” in many languages, including Spanish, in Hebrew, the Jewish baby name means “dweller.”

Maya — Maya is a Hebrew name that means “brook” or “spring” and is short for Mayaan.

Mia — Mia derives from the biblical name Miriam. In Hebrew, it means “darling,” or “mine.” If you recall, in the Torah, Miriam is the sister of Moses.

Olivia/Livia — This very popular name means “lioness” in Hebrew, and it’s a beautiful name for any new queen of the jungle.

Pearl — This classic name hasn’t been a popular name for quite some time — unless you count Mr. Krabs’ daughter from Spongebob Squarepants — but it’s making a comeback! The Hebrew variation is the lovely name Penina.

Ruthie/Ruth — Ruth is the heroine of the Book of Ruth, and known to be the first female Jewish convert. It’s also the first name of America’s favorite Jewish sex therapist!

Sophia — Sophia means “wisdom of God” in Hebrew, so you really can’t go wrong with that one.

Ariel — This name means “lion of god.” This author of this article is biased (hi! I’m Arielle!) but it truly might just be the best name on this list.

Asa — Asa is a great Jewish baby name for future doctors. In Hebrew, it means “healer” or “physician.” And in the Torah, Asa was the third king of Judea.

Eli — Eli and its variants (Ellie, Elli, etc.) is a Hebrew baby name that means “my god.”

Archie — Archie, of course, is the name of the newest royal. It isn’t actually a Jewish baby name, but there sure are a heck of a lot of Jews named Archie!

Benjamin — Benjamin was the youngest son of Jacob and one of the 12 tribes of Israel. In Hebrew, it means “son of right hand.”

Elijah — Elijah was a prophet in the Torah and means “the lord is my God.”

Ezra — We’re not entirely sure, but Ezra might be on this list because of Jewish celebrity singer Ezra Koenig. In Hebrew, it means “help.”

Jacob — Jacob is a classic Jewish baby name that’s still going strong! In Hebrew it means “to follow,” and in the Torah, Yaacov, aka Jacob, is the father of the 12 tribes of Israel.

Jonah — Jonah is a Jewish baby name that means “dove” or “pigeon.” In the Torah, Jonah was a prophet who fled his duty of delivering a message to the city of Nineveh and was swallowed by a giant fish.

Jude — Jude is a Jewish baby name that means “praised.” Short for Judah, Jude alludes to one of the 12 tribes of Israel, and the hero in the story of Hanukkah is Judah the Maccabee.

Noah — Noah means “comfort” in Hebrew. The name comes from the story of Noah and the ark he built to save his family and representatives of each animal species from god’s flood.

Raphael — Raphael is the name of a Jewish angel. It means “healing of God” in Hebrew.

Ronan — Ronan is a trending name that is maybe inspired by famous MeToo journalist Ronan Farrow. Change the “a” to an “e” and you’ve got yourself a Hebrew baby name, Ronen, that means “song” or “prayer.”

Tobias — Tobias is a Hebrew baby name that means “god is good.” Toby is the natural nickname.