The Israeli Show on Netflix Everyone Should Be Binging 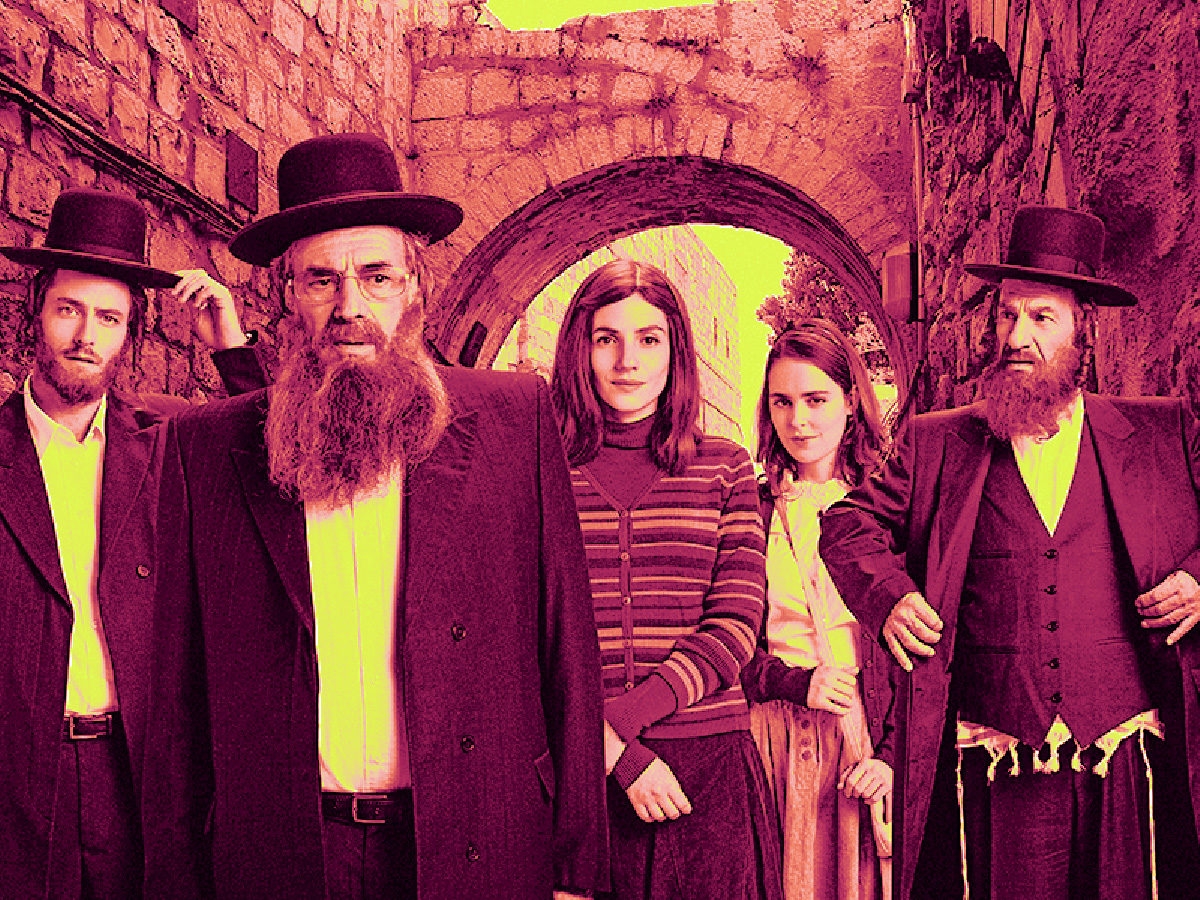 I was surprised at how enthralled I am with Shtisel, the Israeli series that hit Netflix in 2019 but is hardly new (the first season aired in Israel in 2013). The show explores the lives of the ultra-Orthodox Shtisel family, who live in the Geula neighborhood in Jerusalem — generally, a place where I, as a secular Israeli human, would not really want to hang out.

So why does the kugel, the watery soup, and the other Ashkenazi fare often eaten in the show suddenly look so mouthwateringly delicious? Why do the usual sight of sidelocks and black hats — which, on the street, would make me uncomfortably want to cover up (like Abbi and Ilana in this Broad City sketch) — suddenly feel as typical as any other TV show wardrobe choice?

But, to be clear, it’s not voyeurism that makes the show so compelling. I think what makes Shtisel such a successful, addictive show, is that the drama is not about the challenges of religiosity. None of the characters see their religious observance as an oppressor —  it is a routine and, even at times of peril, a comfort. Instead, the show’s characters struggle with what we all struggle with: love, betrayal, loneliness, poverty and vocational frustrations.

Shtisel is a drama full of heart-wrenching moments, tears, and shocking revelations, but it doesn’t fetishize religion. Even its hero, the youngest son of the family, Akivah (who mostly goes by the nickname Kiveh in the show) manages to find acceptance while hanging on to his religious identity. This is despite his passion for art — an unusual occupation in ultra-Orthodox circles — and struggles with forbidden loves.

The normalcy of the characters’ religion is why the show has so many fans among Israel’s Ultra-Orthodox — many of them see their lives in the series. That makes sense considering two of the show’s creators have a religious background: Yehonatan Indursky comes from a Haredi family from Jerusalem, and Ori Elon, who wrote for Srugim, an Israeli show about young religious singles in Jerusalem, grew up going to Yeshiva in Efrat.

The show is named after the Shtisel restaurant, which serves kosher Eastern European Jewish fare and has locations Jerusalem and Bnei Brak (a religious city in Israel). It was while sitting at the restaurant that Indursky and Elon came up with the idea for the show.

The series was filmed all over Israel — even on a hidden camera through Jerusalem’s ultra-religious Mea Shearim neighborhood. It features an all-star cast: celebrated Israeli actor Doval’e Glickman plays the family’s patriarch, Shalom (Shulem) Shtisel, a widowed educator; Ayelet Zurer, who acted in Munich and in Netflix’s Daredevil plays widow Elisheva. Naama Haas, who starred in The Zookeeper’s Wife and A Tale of Love and Darkness, plays one of Shulem’s granddaughters, Ruchami. Sasson Gabai, of The Band’s Visit, joins the show in its second season.

One of the most evocative storylines in the show is that of patriarch Shulem Shtisel’s daughter, Gittel (who goes by the nickname Gitti). Played by Neta Riskin, Gitti is a mother of five who has a fraught relationship with her husband. When he leaves her in the show’s first season, Gitti has to find a way to make ends meet in a community where many women stay at home and do the child rearing.

In its own subdued way, one can say the show is feminist, showing complex and strong religious women, and not allowing its male characters to treat women as objects — they are not merely backdrops to the lives of interesting men.

Unfortunately, Yes!, the Israeli satellite company that produces the show, has no news about a third season. Seeing that the second season aired back in 2015, Shtisel seems unlikely to continue. But don’t despair: Indursky and Elon came out with Israel’s first dystopian-future series in 2018, Autonomies. It tells the story of a country torn in two: one secular state whose capital is Tel Aviv, and a religious “autonomy” whose capital is Jerusalem. It looks really amazing, and hopefully will come to an American streaming service soon.

And lest we forget, there appears to be an American adaptation of Shtisel in the works, with the working title of Emmis. In 2016, Friends co-creator Marta Kauffman began work on an adaptation of the series for American audiences on Amazon, though there’s still no word for when the show will be released.