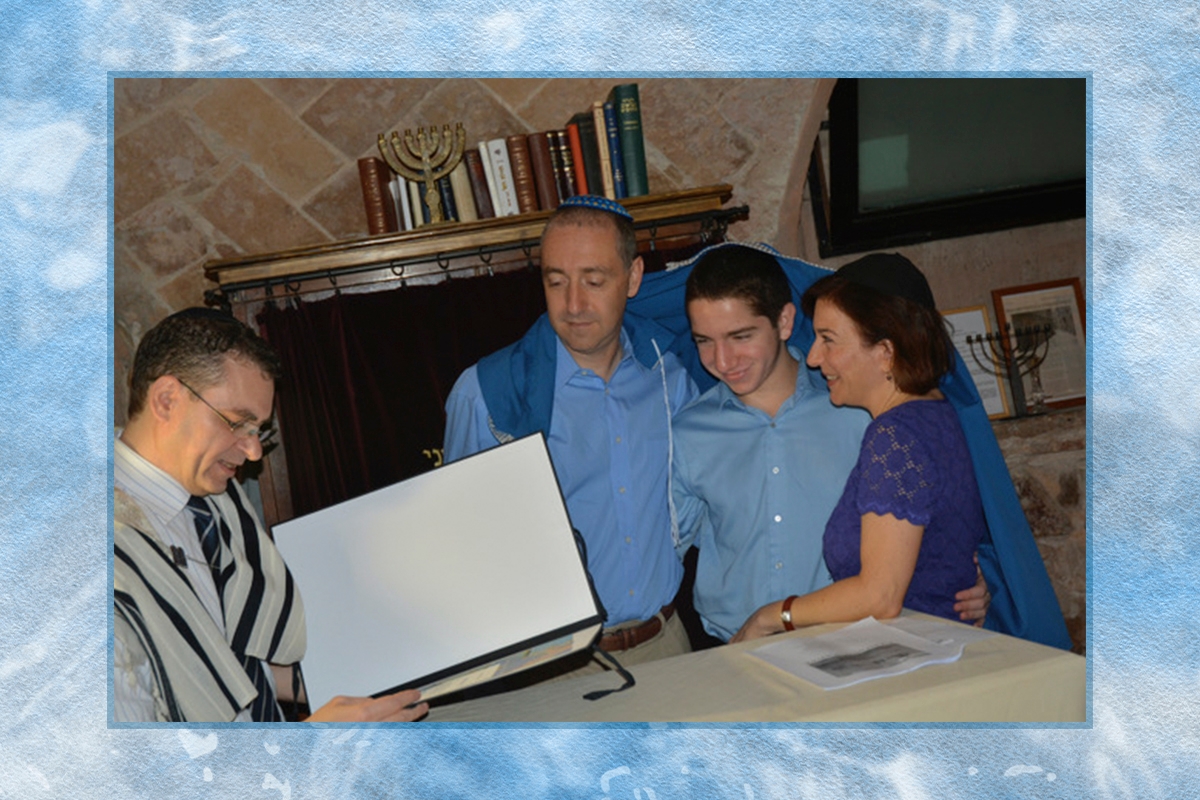 Tisha B’Av, the Ninth of Av, is one of those holidays that slips under the radar (unless you happen to be at Jewish summer camp). After all, many of us are busy trying to make the most of the fleeting summer season, and therefore it’s hard to connect with the significance of this somber holiday. Tisha B’Av a fast day in honor of the various tragedies that have befallen the Jewish people over the millennia; has become the date that we commemorate the destruction of both First and Second Temples (586 BCE and 70 CE), as well as the expulsion of the Jews from both England (1290) and from Spain (1492). (Yes, it is highly unlikely that all of these events actually occurred on this date, but this is when we mark them, nonetheless.)

This year, Tisha B’Av begins Saturday night, July 17. The days leading up to it are referred to as the “Nine Days.” This period is supposed to be something of an “on-ramp” for the holiday when we limit our experiences of joy, as we prepare for the heaviness of the Ninth of Av.

This year, however, during these nine days, our family will be participating in an event that allows us to remember our Jewish ancestors in a very unique way. Our middle son, Eitan, will complete the final step of becoming a Spanish citizen — a process that has been in the works for over 13 years. We are remembering through “re-member-ing”—  after a 529-year hiatus, our family, via our son, will once again become a member of the Spanish people.

This path to this citizenship has been long and arduous. It began back in 2008 when my husband took our boys to Barcelona, Spain to celebrate his 40th birthday. While the highlight of the four days was the Barcelona game they attended (go Messi!), they also toured around the city, making a stop at the old synagogue, which had recently been excavated and renovated. Upon their return, my husband, Aryeh shared two important pieces of information with me. First, this quick visit planted a desire for a more extensive family Sephardic heritage trip in order to bring us all back to visit his family’s original Spanish roots. Second, when Eitan stood in the synagogue, he declared with such certainty, “I want to become a bar mitzvah here.” As the years passed, Eitan did not relent and reminded us several times yearly that he wanted to become a bar mitzvah in Barcelona’s old synagogue.

In 2014, both of those planted seeds bloomed and we found ourselves traveling to Spain on a Spanish heritage tour that included a bar mitzvah ceremony for Eitan in the old Barcelona synagogue. It was an unbelievably moving experience. Surrounded by family and friends who had joined us, we had the privilege of welcoming another special guest, Mr. Miguel Iaffa, the gentleman who had funded and organized the excavation and renovation of the synagogue. It was the first bar mitzvah that he had witnessed. His eyes welled up with tears as he offered us some congratulatory words in Spanish. Although we couldn’t understand what he was saying, we could feel his joy and pride as he watched Eitan become an adult member of the Jewish people.

Our Sephardic heritage trip was intense (seven cities in 10 days!) and meaningful. When we visited the Jewish museum in Cordoba, we learned that the Spanish government had started a program to grant citizenship to Jews whose families had been expelled during the Inquisition and who could prove their ancestral lineage. Interesting to discover, but not a path Aryeh wanted to take. On the other hand, our oldest, Yossi, felt differently and wanted very much to apply for Spanish citizenship. And so began the process.

It took years to do the necessary research to prove that my husband’s family lineage dated back to 1487 to Calatayud in Northeast Spain. According to our genealogist’s report, “Few Sephardic families demonstrate such prominent, unmistakable ancestral roots that bind them to Spain as the Pessah, or as they were known during the Middle Ages, the Abenpesat. As early as the fourteenth century of the common era, in 1331 CE/5091 Hebrew calendar, the family patriarch Abraym Auenpesat (Abraham Pessah) appears in a seven-hundred-year-old document held by the Archivo Municipal del Ayuntamiento de Zaragoza.”

With such clear proof of our family’s long standing connection to Spain, my husband contacted a Spanish law firm to help with the requisite paperwork during the summer of 2017.  In addition to this documentation, each new citizen was required to take a language proficiency exam, as well as a Spanish history and cultural exam. On top of studying for their regular high school exams, both of our boys began preparing for these exams, too. Luckily our daughter, due to her young age, was exempted from taking the tests.

As one expects with bureaucracy, the process was long and drawn out. Sadly, during that time, our family experienced immense tragedy with the death of our oldest son in February, 2019. All of our plans were halted, including the citizenship path which he initiated. But shortly after Yossi’s death, we received an email from the lawyers that we needed to sign the official paperwork in Barcelona. Those documents would be submitted with a very heavy heart and with newfound gratitude to Yossi, who had originated this ancestral re-member-ing.  The four of us flew to Barcelona and our kids signed the official papers. Close to a year and half later, Eitan officially became a Spanish citizen in January 2021. (We’re still waiting to hear about our daughter but we’ve been assured this is just Spanish bureaucracy!)

As we left the Spanish Consulate, the magnitude of the morning hit us all. For the first time in more than 500 years, a Pessah had officially become a member of the Spanish people. Centuries had gone by before my husband was able to reclaim citizenship for his family through our children. The gravitas of this moment was staggering.

The final step in this process will take place during the Nine Days, on Wednesday, July 14, when we head to the Spanish Consulate in Miami as Eitan procures his Spanish passport, reclaiming his place among his Spanish ancestors who were expelled in 1492. Eitan hopes to study in Spain during a semester abroad and perhaps live there for some time after graduating. In the meantime, our family regularly enjoys Spanish food, music and culture, and we religiously watch La Liga, the Spanish soccer league. (Força Barça! Go Barcelona!)

At this time of year, we are reminded, correctly, that our collective Jewish history is filled with calamity and sorrow. However, if we look closely, we can also find hope and resilience. While our family will join other Jews across the world in remembering the catastrophes that have befallen the Jewish people on Tisha B’Av, this year we will also mark this monumental time of re-member-ing and reconnecting to our chain of tradition. Am Yisrael chai, the Jewish people live!