My Family Is Eligible for Austrian Citizenship. But My Mother, Who Fled the Nazis, Isn't Having It. – Kveller
Skip to Content Skip to Footer

My Family Is Eligible for Austrian Citizenship. But My Mother, Who Fled the Nazis, Isn’t Having It. 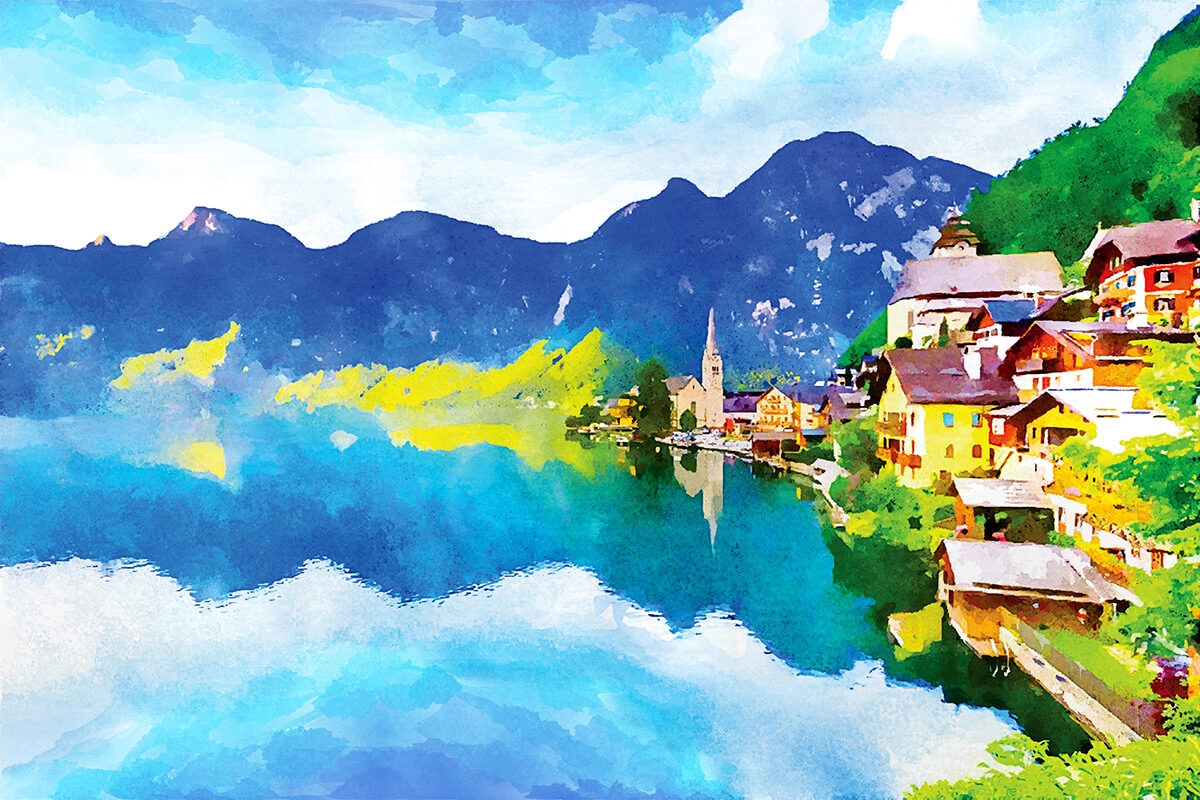 I thought my mother would be pleased when I told her about the Austrian Citizenship Act, which allows people who fled Nazi persecution to become Austrian citizens again, along with their descendants.

“This could be a lifeline,” I tell my mother. “If he wins another four years, we’d have dual citizenship with an EU passport. We’d have options — a place to go.” I know now not to say the name “Trump” because it raises my mother’s blood pressure.

On the Austrian embassy’s website , there’s a picture of the first family to submit their application —  a man about my age and his son. Now they are new Austrian citizens.  I want this for my mother, myself, and my 23-year-old son. Maybe, I think, it would provide my mother with some sense of poetic justice. Maybe my son could consider living and working where his ancestors lived and worked. Maybe my husband and I could escape to some part of Austria after the presidential elections, while democracy in America gets sorted.

There are two conditions to be eligible for Austrian citizenship under the new program. The person must be a descendant of someone who was originally an Austrian citizen or the former Austro-Hungarian Monarchy. These relatives must have fled Austria before May 15, 1955, because they suffered or had reason to fear persecution. Their descendants are now eligible for citizenship.

The authoritarian bombast of this current administration has been especially painful for my mother, as the news has triggered traumatic childhood memories. For example, this summer, when she saw heavily armed federal agents in the streets of Portland, attacking protesters on the news, my mother recalled Hitler’s brown shirts in the streets of Vienna, which I wrote about in my memoir, Where the Angels Lived.

“Is this really happening again?” she asked.

My mother’s doctor suggests she stop watching the news altogether. So, when I present her with the new Austrian citizenship program, I’m positive it will make her happy, maybe even provide her with a sense of closure, or at least a way out. The war over there is over; whereas, here, it could start.

“Why would I have anything to do with Austria ever again?” she asks.

Her father, my grandfather, Friedrich, was Jewish. He fought for the Austro-Hungarian empire in WWI and received a medal for shooting down a spy balloon near the border of Austria and Italy.  After the “war to end all wars,” he married my grandmother, Carlette Kalmus, and my mother was born. They lived a comfortable life in Vienna, giving Sunday afternoon dances with friends like Gustav Mahler, Bruno Walter, and Sigmund Freud, who later became a colleague when Friedrich taught history at the University of Vienna.

My grandfather spent summers at the Vatican, researching Papal history. His subsequent conversion to Catholicism and his links with Pope Pius XII kept his family safe as late as 1939. But one night, Nazi soldiers came to search their home. They looked through papers on Friedrich’s desk, surveyed the art, the furniture, the rugs, made notes in ledgers, spoke with the housekeeper, barked threats — and left.

Many decades later, ringing telephones and doorbells still make my mother jump – reminders of that night the Nazis barged into their house, marking the end of her childhood and the beginning of her journey to find a new home.

My mother’s parents paid off officials to get the right passports, papers, and train tickets, using the last of their money to ship their art, rugs, books and furniture to a relative in New York. Years later, when they inquired about the shipment, the Austrian government claimed it was lost.

My mother and her parents left Austria separately. It was safer that way. Friedrich left alone by taxi. Two weeks later, my mother and her mother left by taxi, too. My mother had the measles, which had spread into her eyes. She said that even though she did not cry, there were still tears. Her mother wore good Italian shoes, a fox fur scarf, and a hat with a black net covering her face. She told my mother not to look back, to never look back.

They spent part of the war in southern France, living with relatives willing to hide them because, to the Nazis, they were considered Jewish. Friedrich accepted a teaching post at King’s College in Cambridge, England. But there was not enough money for all three of them, so at the train station in London, they split up.

With a suitcase and an English dictionary, my mother boarded a train headed for Whitchurch, a town near the Welsh border. A family there agreed to take her in. She did not speak English and she was alone in a foreign country for the first time in her life.  She told me about this period of her life years ago, which I wrote about in my novel In My Mother’s House.

A few years ago, my mother watched reports about families torn apart at the Texas border, the children in wire cages. “They’ll never be the same,” she said.

When the Johns Hopkins history department offered Friedrich a job, the three of them left for Baltimore, where they became American citizens. My mother put herself through college and graduate school. She was so thankful to the United States for giving her family safety that she went on to work for the CIA, to do whatever she could to make the world safe for a democracy. The director of the CIA sent my mother a letter and a pendant this year, thanking her for her service.

I grew up Catholic in Mississippi and have always felt unabashedly Southern American. And yet, over the years, I’ve visited Vienna to research my books. I’m comfortable there, fully aware of my Jewish heritage, Austria’s complex history, and its current far-right politics. Austria is hardly a haven for democracy, but part of me wants to go back as a reminder for those suffering from selective memory loss. As if to say, See? Some of us survived.

These days, I’m terrified at the prospect of living in a divided United States that re-elects a corrupt, unfit narcissist as president. I also want the option of getting out, of having another place to call home for me and for my immediate family. But then I see the folly: We would expel ourselves from our native country and live in my mother’s native country, which expelled her.

Where is home for any of us? Is it where we live now? Where we were born? Or is it where we die, or where we want to be buried?

Most of my mother’s family are buried in the Döbling cemetery in Vienna. Others lie in Pécs, Hungary, where my grandfather’s ancestors lived. My mother bought a plot in our family cemetery so that she could be buried next to my father in Newton, Mississippi, where they made their first home together, though she hasn’t lived there for over 60 years.

It felt so right to present my mother with the option to reclaim her Austrian citizenship. Now I regret ever saying anything. Since our conversation, she has trouble sleeping. She gets up at odd hours to pack. She starts with her books. Then she calls me, saying, “I need to get home.” She’s beginning to forget parts of her life. Not everything is clear in her narratives. I try to follow her line of thought, but I don’t know what “home” means to her these days. I don’t know what it means to me, either.