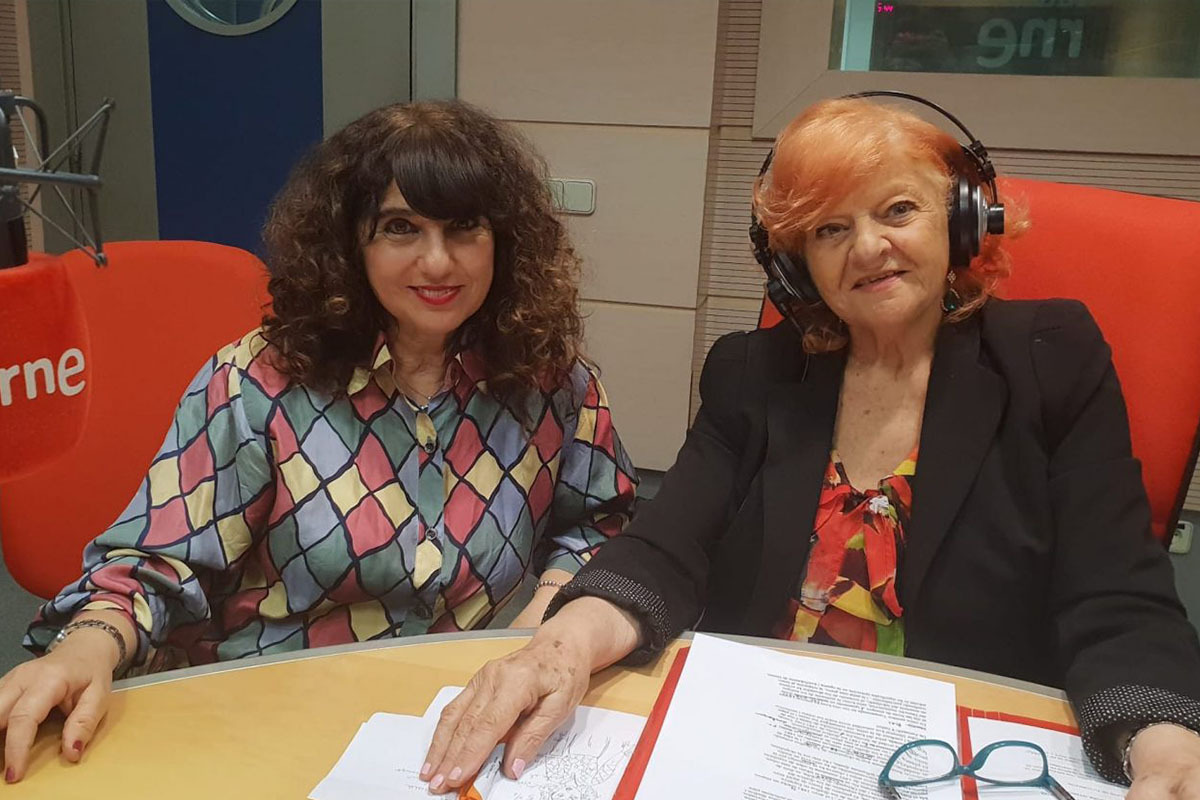 A version of this story originally appeared on JTA.

In the 1960s and ’70s, Matilde, now 85, established herself in Argentina as a prominent researcher, teacher and scholar of the history of Sephardic culture and the Spanish Inquisition in Ibero-America. Her extensive expertise and recognition in Argentine intellectual circles helped her become a close friend of the renowned writer Jorge Luis Borges.

But in April, 1986, as Israel was establishing its diplomatic relations with Spain, so did the Spanish government with its Jewish ancestry. Through its state-owned public radio service, the country set out to develop a cultural project in the form of a radio show to reintroduce Ladino — or Judeo-Spanish, an endangered Romance language spoken in the Sephardic Jewish Diaspora — as a vital piece of Spanish heritage.

It was “a gesture of friendship between Spain, Israel and the Sephardic communities around the world,” according to Viviana Rajel.

Due to the lack of native Ladino speakers in Spain at the time, there was virtually no one available to take on the endeavor. Through academic networks of Sephardic scholars that linked Spain with Argentina, Matilde was found and asked to relocate and be the project’s primary role — which its developers pitched as a way to redress the historical wrong of the Spanish Inquisition, the 15th-century expulsion of Jews from the country.

Viviana Rajel followed her mother because she wanted the show to portray the matriarchal essence behind the oral tradition of Ladino, which traditionally passes from generation to generation through the women of the family.

Hence “Emisión Sefarad” (or “Sepharad Broadcast”) was born, a weekly Judeo-Spanish radio show available online and on shortwaves that broadcasts every Sunday on the Spanish National Radio’s overseas service. April marked 35 years of the program, which has aired uninterrupted since its launch.

“It is against this background that the 35th anniversary of the show must be understood, as the Spanish public radio’s effort to promote the mutual knowledge between Jews and Spaniards and also encourage integration and intercultural dialogue,” Luis Manuel Fernández, director of foreign languages at the Spanish National Radio, wrote in an email to the Jewish Telegraphic Agency. “It is about adding value to what binds both groups of people through the culture they share.”

The program is a vibrant showcase of the rich and diverse repertoire of Jewish liturgical melodies. It usually plays a mix of “romanceros” (narrative ballad poems), “kantikas” (poetic chants) and “dichas” (proverbs) that Sephardim carried and maintained orally throughout the lands that sheltered them after the Spanish expulsion — mostly the Ottoman Empire and countries in northern Africa such as Morocco and Algeria. 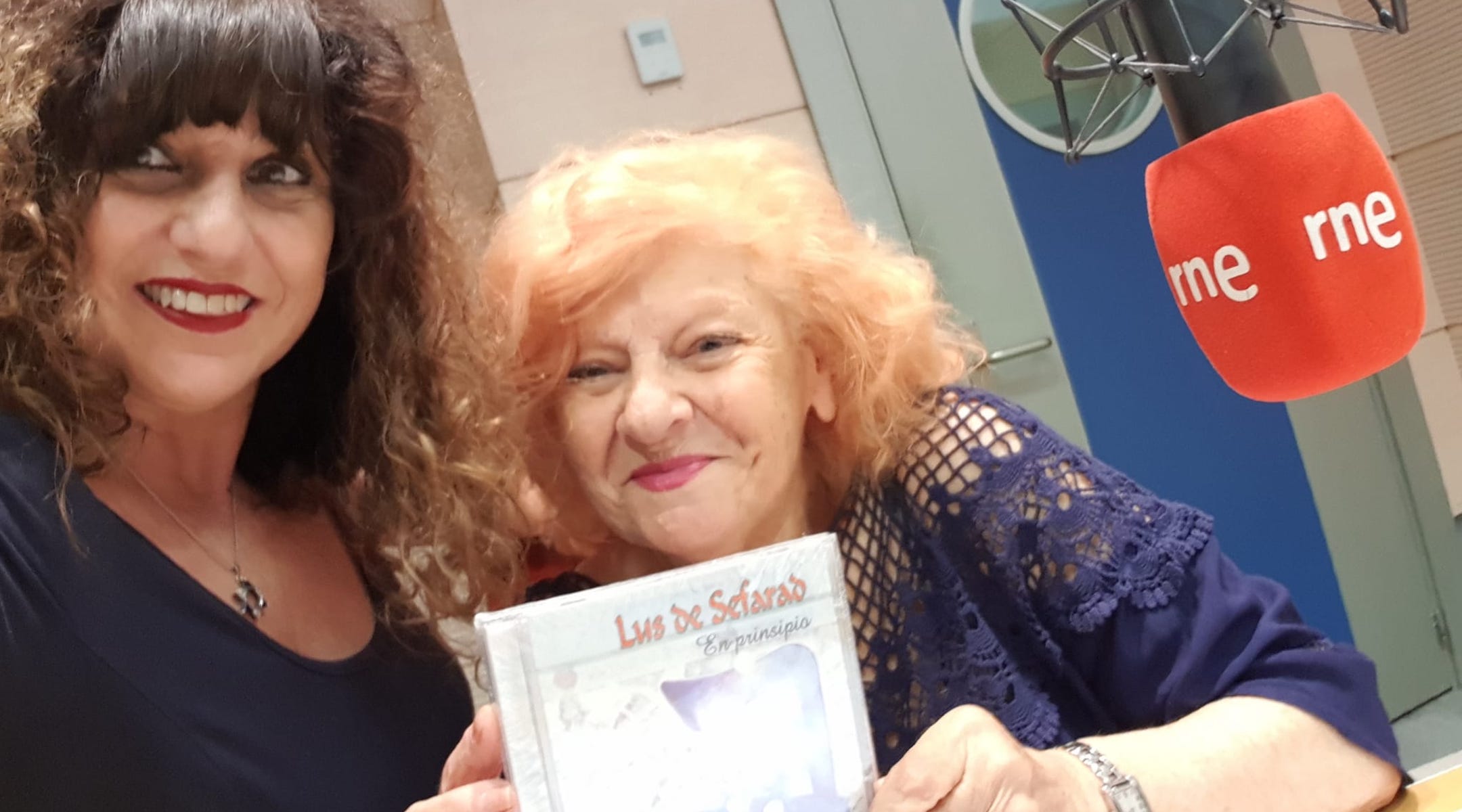 Although Judeo-Spanish is predominantly a medieval language, over the centuries became more of a linguistic melting pot, absorbing expressions, words and local dialects from places Sephardic Jews settled. Although no reliable figures are available, it is estimated that at least 300,000 people speak Ladino today.

“It is a fusion language, with many variations because different linguistic sources have nourished it,” Matilde said. “It has not only archaisms but also influences from Hebrew, North African Arabic, Turkish, Bulgarian, Serbo-Croatian, Portuguese, and French.”

Matilde and Viviana Rajel, who are the producers and directors of the show, isn’t just about history. Every episode contains contemporary content, including interviews with leading figures of the Jewish world and fresh takes on Sephardic music, food and literature.

The June 13 show, for example, opened with current events about Spain and Israel, highlighting both the Spanish government’s efforts to reactivate its tourism industry following the pandemic as well as updates on Israel’s new government following the recent violence with Gaza.

There was an interview with Rodica Radian-Gordon, who became Israel’s first female ambassador to Spain in 2019. Viviana Rajel closed the show with a unique contemporary musical piece titled “Las Yaves de Sefarad” (“The Keys to Sepharad”).

“Ladino is not just what ‘used to be’ in the past and has remained there. It is a truly living language,” Viviana Rajel said. “Along with the historical and cultural inheritance, we are in charge of showing the contemporary side of all that happens in the world of Ladino.”

“There are so many people composing music, writing books and organizing hundreds of events every year,” she added. “We feature all of it.”

The Barnatáns, who hail from vibrant and historically Jewish Villa Crespo neighborhood of Buenos Aires, have a personal stake in the project: Their predecessors, like thousands of Jewish families of that time, were expelled from the Spanish territories belonging to the Crown of Aragon and the Crown of Castile following the Alhambra Decree in 1492. In the 1920s, Matilde’s grandmother sought refuge in South America, first in Uruguay and later in Argentina, arriving from the Greek island of Rhodes.

Since their show debuted, the mother-daughter pair have unwittingly become the guiding lights of Judeo-Spanish across the Jewish world. Over the years, they have participated in dozens of conferences and symposiums, and their work also has led to the publication of several books, most notably the CD-book of contemporary Sephardic poetry “La Ija y la Madre Komo la Unya y la Karne,” which comes with piano music accompaniment.

Antonio Buitrago Molina, director of the Spanish National Radio’s overseas service, says that it’s thanks to Matilde and Viviana Rajel that the language has remained alive among their audience. “The radio is a very useful form of communication for the speakers to continue using Judeo-Spanish and for the survival of their own cultural heritage,” he said.

Since 2015, when Spain opened the door for the descendants of Sephardic Jews expelled in the 15th century to acquire Spanish citizenship under the law of return — and received more than 130,000 applications — there has been a burgeoning interest to pick up Judeo-Spanish among younger generations.

“Today there’s a resurgence in the study of Ladino courses from students who are interested in all things Spanish — an interest that doesn’t come only from nostalgia, and not exclusively from Sephardic descendants either,” said Ora Schwarzwald, professor emeritus of Hebrew and Semitic languages at Bar-Ilan University in Israel.

“The possibility to obtain Spanish citizenship and honor their culture is just one of the many reasons why people come to the Ladino classes,” she added. “We see it in many universities, not only in Israel but in Turkey, the United States, and Europe.”

Like so much of modern Jewish life, the success of the show also lies in its constant reinvention, adapting with fresh perspectives to newly found audiences. Viviana Rajel is the creative and innovative side — she composes her own music and likes to mix up the format — while Matilde is the soul and the historical element of the show.

As for the future of Ladino, both mother and daughter are optimistic. “The fate of a language, as the outcome of a culture, is unforeseeable,” Matilde said. “But I hope that the conservation and expansion will continue by speaking it and writing it, and showing its vast richness in literature, TV, radio, etc.”

“There are many of us who speak it, and we are lovingly spreading it and preserving it,” Viviana Rajel added. “It is a treasure that we have to take care of. The key to Sepharad is the language.”