The Stork Didn’t Bring My Beautiful Daughters. A Social Worker Did. 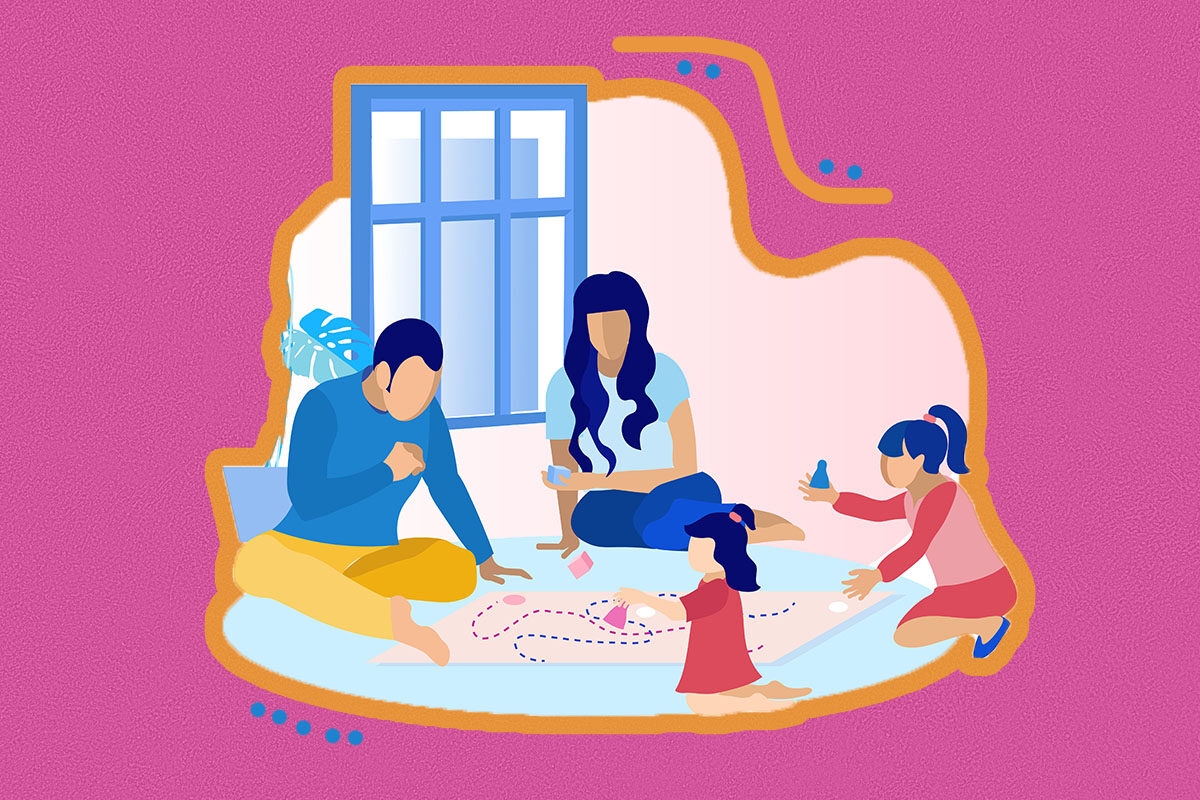 I couldn’t see his face but I saw everything else about him so clearly: our baby boy. Would this month be the month I’d finally be pregnant? I was certain this time that I felt a quivering difference — a bit swollen, like something was growing inside of me.

My own professional experience as a lawyer taught me that if something isn’t working, cut your losses and figure a way around it. Truthfully, it wasn’t all a cerebral decision, but, emotionally, I couldn’t bear the thought of not working towards my goal of motherhood. After many months of trying to get pregnant, I was desperate to try something else. So, my husband and I connected with an adoption attorney, who connected us to a pregnant woman. But the uncertainty — both hers, ours, and the law’s — made us uneasy. We decided that wasn’t the right path for us.

Our next stop was foreign adoptions. I was convinced that was the answer! I was so sure that I threw my whole being into researching baby girls from China. This would be a done deal — I was convinced that this was how our family was meant to be created. But there was so much paperwork and such a long wait.

With each new stumbling block, I swerved, pivoted, and eased my anxiety by spending hours at the store shopping for adorable baby clothes. I soon had a closet filled with everything a baby boy — or a baby girl, or maybe even a toddler — could ever wear. I realize this is counter to Jewish tradition and perhaps tempting fate, but the inside of my head was buzzing with the desire for motherhood, and the only way I could cope with my constant ruminating over infertility was to physically do something that made me feel I was on my way to motherhood. Our family would be blessed with a baby. I just knew it.

But at some point — and I could not tell you why — I found myself at an orientation for foster and adoptive parents, eating stale cookies and listening to social workers describe the process of adopting a child through the county’s foster care system.

All types of parents were welcomed: young, old, single, same sex, any religion or ethnicity.  You didn’t have to own a home or be anything other than a loving and stable person.

Across the U.S., there are over 400,000 children of all ages in foster care, and more than 100,000 children waiting to be adopted. Each county has a foster care department; when allegations of child abuse or neglect are reported, social workers investigate. If the risk of harm to the child is believed to be significant, the child will be placed with foster parents while social workers help the child’s parents become safe parents. The law (and common sense) dictate that if a child can safely live with a parent, they should. A judge can order parents to do things like leave an abusive partner or attend drug or alcohol treatment programs. If the parents prove to the Judge that they can safely reunify with their children within a quick, legally set timeframe, they do. If they cannot, the children will not be returned.

But here’s the rub: Often, a parent’s rights to a child will not be legally severed until there is a family willing, able, and vetted to adopt the child or children. Courts do not like to bounce children around from home to home, creating a “foster care drift” that is completely traumatic to a child of any age.  And, there’s a six-month trial period when the child is placed with the prospective adoptive parents to make sure that it’s a good match for everyone, with social workers checking on the adoptive parents(and sometimes a child’s lawyer, CASA (Court Appointed Special Advocate).

When you start this process, there are no guarantees. The reality is that more people are hoping to adopt infants than older children, especially older children in sibling sets. (Social workers try to keep brothers and sisters together.) The stories are truly heartbreaking, and my heart was broken.

So I soon found myself enrolled with about 20 others in a comprehensive parenting course to prepare us for welcoming these wounded children into our hearts. We were fingerprinted, tested for TB, visited at home and assessed by social workers. Some in our group wanted babies, others felt their callings were caring for medically-fragile infants.

Few were looking to adopt older children or sibling groups. I began thinking more about the possibility and appeal of adopting a slightly older child — one that was verbal and potty-trained. I was looking for a child that would be a good “fit,” whatever that might mean. I realize that raising any child is a crapshoot — more on bad puns later — and the social workers gave us a questionnaire to fill out about what we might or might not feel was a good match.

We were asked to check boxes if we would be open to certain ethnicities, ages, disabilities, behaviors. There were things I had never contemplated (“Would you adopt a child with a ‘hare lip?’”). Most of my answers were “it depends,” but there was no box for that. The social workers said they’d call us when and if they had any children in mind.

It’s strange that I had such a clear vision of what I saw as my destiny, that baby boy. But somewhere along our journey, a social worker mentioned that there were sweet and bright sisters (4 and 7 years old) who might be a good match. Was I interested in meeting them? My preconceived notion of a baby boy went right out the window. “Yes,” I immediately said.

A few weeks later, my husband and I found ourselves at a chilly playground pushing two little girls on swings and trying awkwardly to establish rapport while the social worker observed us. As he bundled the girls back into his car, he turned to us and said, “So, what do you think…?”

We wanted more visits. The girls lived with loving foster parents and we were told to work out a mutually convenient visitation schedule. The girls began having sleepovers with us; our visits were filled with playing dress up, watching Disney movies, and going to the park. Within a month or so, by late October, the girls came to live with us — and that July we adopted them.

Twenty years have since passed. Our daughters have grown from adorable and bright little girls into strong, beautiful, talented, intelligent women. Their early life experiences formed within them an intolerance for injustice and an appreciation for kindness.

My daughters and I share many of the same traits (including an irresistible urge to make bad puns and a dislike of mixing food) and some different ones (they excel in math and I do not). Maybe because our personalities are similar in so many ways, I forget that we don’t look like each other. Several years ago, our daughters decided to take DNA tests to find out more about themselves biologically. There, amidst the wonderful genetic blend that created my daughters, we discovered a small percentage that read “Ashkenazi Jewish.” To me, that was the DNA of their souls.

Has our relationship always been a bed of roses? Honestly, no. But that is true of every parent, everywhere, and our ups and downs certainly mirror that of other parent-child relationships — biological or not. By definition, relationships between mothers and daughters are complex, multi-layered, and tightly woven.

I’ve had people ask me whether I think it’s “nature versus nurture” that accounts for the people each of us eventually become. I think it’s both. I never met my daughters’ biological — please don’t say “real” — parents. Obviously, they must be intelligent, good, beautiful people who, for whatever sad reasons, were unable to continue parenting.

Just like the glass crushed at a Jewish wedding to symbolize the destruction of the Temple, there is a bit of sadness mixed with my pride and joy of being the mother of these two remarkable young women. That’s because the best thing that ever happened to me — their adoption — was the worst thing that ever happened to another mother (the court’s termination of her parental rights).

There are many wonderful ways to create a family, but too often adoption through the foster care system gets left out of the conversation. As it is currently National Infertility Awareness Week, it’s time to expand our definitions of what it means when we talk about family. We need to examine all options, as you never know where life might lead you. And in my case, it led me to my life’s greatest joy and privilege.

Yes, My Kids Are Having a Ton of Screen Time. No, I Will Not Feel Bad About It.