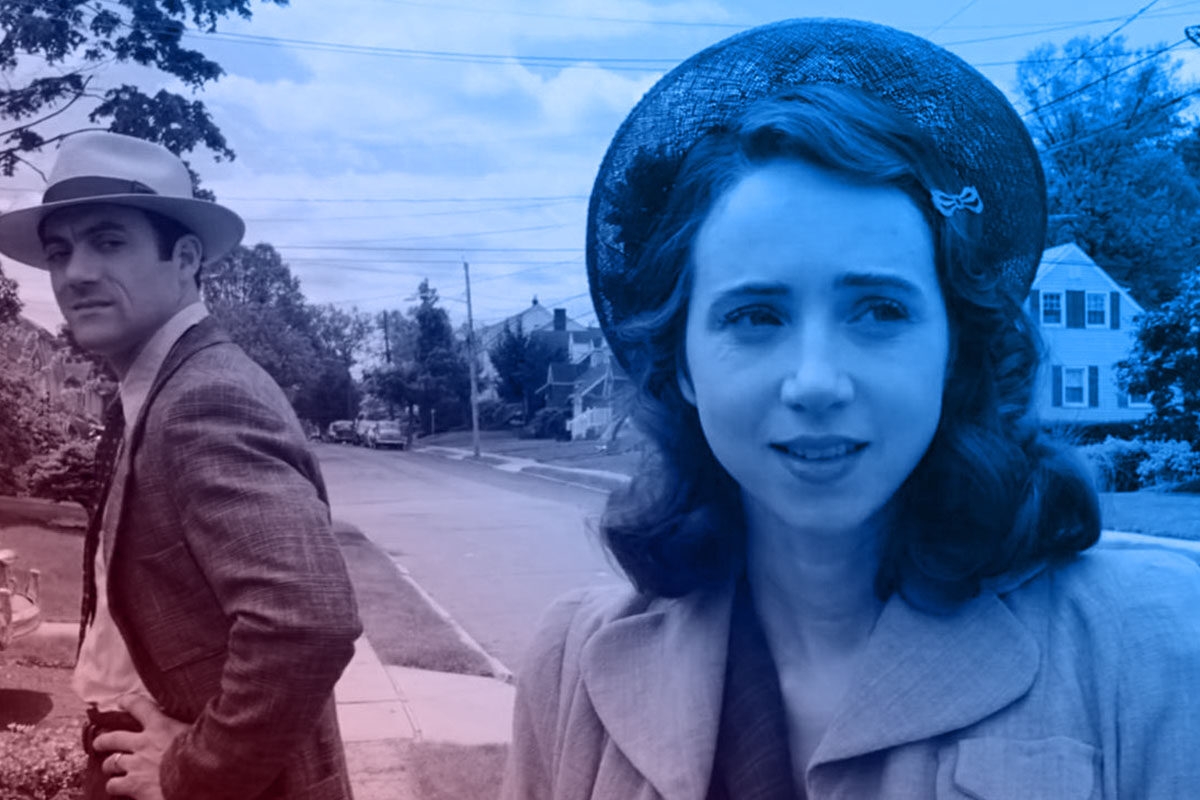 I’m sure you’ve read amply about what a gripping, riveting, and upsetting miniseries HBO’s The Plot Against America is. Based on the Philip Roth novel of the same name and created by David Simon of The Wire, the series imagines a scenario in which Nazi sympathizer Charles Lindbergh is elected president, instead of Franklin Delano Roosevelt’s third term. (In real life, the anti-Semitic aviation hero did not run for president, and FDR won the 1940 election handily against Republican Wendell Willkie.)

In the book and series’ alternate universe, however, the United States is deferential at best and cooperative at worst with the Nazis. The plot in Plot, if you will, explores the post-election turmoil the American Jewish community experiences, as seen through the lens of one Jewish family in Newark, New Jersey, where Roth himself was raised.

The series is incredibly compelling in no small part because it heavily plays upon worrying elements of our modern political landscape: anti-Semitism, “America First” mentality, and xenophobia. But I found it particularly resonant on a personal level: Watching The Plot Against America gave me a window into my grandparents’ Newark Jewish world, which is something I never got to see for myself.

Many Jewish families in New Jersey — including mine — followed a similar generational trajectory over the past century by starting off in Newark. A burst of immigration at the beginning of the 20th century brought many to New York, but many from Eastern Europe and Russia stayed in New Jersey, settling in Newark. My own family came from those places, with my great-great grandfather buying houses and becoming a landlord in Newark, in addition to studying Torah.

By the 1930s and 1940s, when the show takes place, Newark was a vibrant and dynamic center of Jewish life. In the mid-1930s, there were 26 different Jewish congregations, mostly Ashkenazi, in Newark. The community thrived and flourished, having everything from business and political leaders to Jewish mobsters (Abner “Longie” Zwillman was the ringleader and most famous among them, making a fortune smuggling whisky during Prohibition and then branching out into nightclubs, prostitution, and gambling). The Jewish community started to move to the suburbs in the 1950s and 1960s, as new housing was built that allowed Jews to move in and as racial tensions flared, exemplified by the 1967 riots that were among 159 race riots across the country that long, hot summer.

By the time I was born in the 1970s, my family had long since decamped for the greener pastures that Roth would eventually immortalize in his novella Goodbye, Columbus. The fact that my family seems to geographically follow Roth’s isn’t as stalker-ish as it seems —it’s simply indicative that his writing is emblematic of a certain cadre of now-Conservative and Reform American Jews of Eastern European and Russian origin. Many of these Jewish families followed a similar path, from a generation or two in Newark to transplanting into the more beautiful uphill suburbs like South Orange, my first home as a baby, and my own current hometown of Short Hills.

As Roth himself wrote of the Newark to Short Hills journey in Goodbye, Columbus, “It was, in fact, as though the hundred and eighty feet that the suburbs rose in altitude above Newark brought one closer to heaven, for the sun itself became bigger, lower, and rounder, and soon I was driving past long lawns which seemed to be twirling water on themselves, and past houses where no one sat on stoops, where lights were on but no windows open, for those inside, refusing to share the very texture of life with those of us outside, regulated with a dial the amounts of moisture that were allowed access to their skin.”

I never got to see where my grandmother grew up with her three brothers, or the high school (West Side, across town from the “fancy” Weequahic neighborhood and high school where Roth went to school) where she was valedictorian and where she never met my grandfather, even though he was there at around the same time, though time has even erased the knowledge of when exactly she graduated.

Why didn’t I go to see it all for myself, you wonder? After all, the “old neighborhood” was only about 20 minutes away by car. But the memories for my family were flecked by sadness: My grandmother lost her mother in the family home, where my great-grandmother died after a long illness. My grandmother was summarily transformed from a high achiever to caretaker of her brothers, whose education was deemed top priority. I suspect there is more to this story, but many of those who could tell it are no longer with us.

But, week after week, when I watched The Plot Against America, I found myself feeling an eerie sense of deja vu, and it wasn’t just because I genuinely believe we are on the edge of a fascist precipice right now in 2020. It was because this was my family’s past, unfolding before my eyes on the small screen. It was a vision of fathers and sons going together to Tabatchnick’s, a Jewish appetizing store where you could get your herring and nova. It was a seemingly spot-on depiction of the bustling life on Prince Street, a haven of Jewish stores that sold everything from kosher chicken to the pot in which you could cook it. This was where my great-grandfather sold his wares: sawdust, collected from the mills and sold to local stores to make the floors less slippery (talk about a business with low overhead!).

The show gave me a glimpse of the world where my grandparents lived and grew up, where grown sisters would live blocks apart — in my family, apparently, they had different floors in a multi-family house — and their children played games together with chalk and balls in the street, yelling “car!” when someone came down the road. It was a picture of homes that revolved around a not-strict version of Shabbat, where lights and ovens and radios could be flicked on, where candles were lit and roast chicken enjoyed alongside animated discussions that might teeter into yelling arguments around the dinner table.

I’m grateful to the show for triggering what I hope will be the first of many conversations with my mother and great-uncle about our family’s Newark life. I feel I am getting to know people I never got to know in person, and that is a gift. My grandmother died when I was 8, and my grandfather when I was 19, and while they were both loving fixtures in my life, it never occurred to me when they were alive to see them as people beyond the grandparents I loved.

I’m especially grateful that the show took place in Newark, a location that hit me so fiercely on a personal level. The setting, for me, was a particularly powerful reminder of two important things: how deep my roots are in America, as well as how passionately I will have to fight to not lose it to dark forces of xenophobia that proliferate all around us in our own time.

Image via HBO’s Plot Against America