HBO’s ‘The Plot Against America’ Captures the Beauty of Judaism 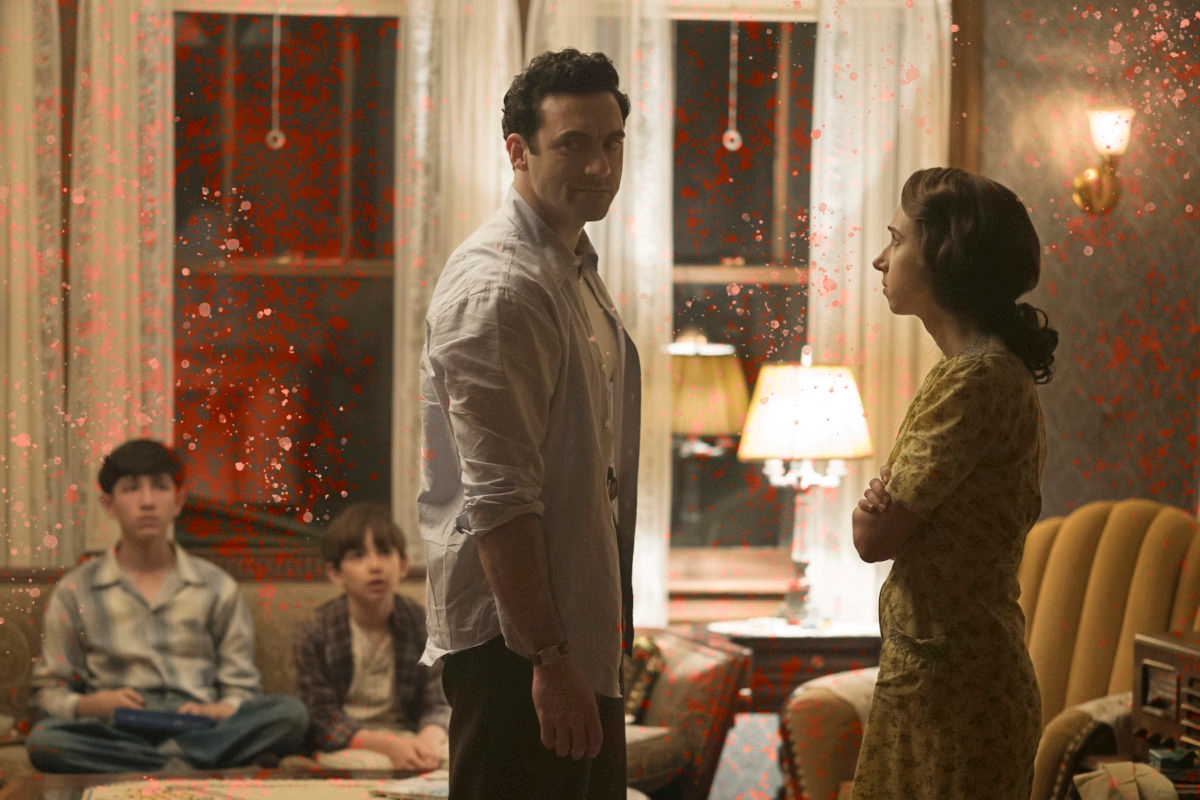 The Plot Against America is a new HBO show about the eponymous Philip Roth novel that, at first glance, may not sound particularly appealing in these fraught times.

I mean, a show that depicts an alternate reality in which 1940s America becomes a fascist, racist, and anti-Semitic state is probably not anyone’s idea of escapist programming, especially when living in America at the present moment feels like this infamous gif of a dumpster fire.

But I’m here to argue that, actually, that The Plot Against America is exactly the show we need right now. Why? Well, first off, limited series from David Simon (creator and producer of The Wire, The Deuce, and Treme) is masterfully crafted and awe-inspiringly beautiful — yes, it can get intense, but there’s something so pleasurable about watching a show that is just so good. And, more than anything, the show is an ode to the beauty and diversity of Judaism and Jewish families — all things that we’re focused on and dearly need right now.

The Judaism it portrays feels specific and real. The show starts with a Shabbat meal so warm and familiar it’s almost tangible: The Yiddish word for “appetizer,” farshpayz, is used casually during the meal, an ultra-Orthodox man knocks on the family’s door to ask for money for Israel. Challah, shiny with egg wash, practically glows on the table. Blessings are uttered with solemnity and feeling. Jokes about baseball intermingle with political talk about Israel and war. A shot of candles melting on silver candlesticks is so gorgeous that I can almost feel myself peeling the wax off them.

The Levins’ lives, however, are completely upended as aviation hero Charles Lindbergh (portrayed in the series by Ben Cole), an isolationist and white supremacist, wins the 1940 presidential election. (In reality, Roosevelt won that election easily, despite running for an unprecedented third term). Watching the election night is nerve-wracking — and a little too familiar for those of us who endured the 2016 election, especially those of us who went to bed early on November 8 confident of a particular outcome, only to wake up in the morning to a nation transformed.

Simon has been very open about the fact that The Plot, never his favorite Roth book, gained a new layer of meaning for him after the 2016 election. After all, Lindbergh — the real-life pilot, national hero, and Nazi sympathizer — helped popularize the phrase “America first,” which, of course, Trump uses in his rallies.

But Simon has also been clear that the show is not a specific critique of Trumpian America or of anti-Semitism. “These are the people being othered. When the hate train gets to leave the station, whenever intolerance is directed at anybody, anti-Semitism follows,” Simon told JTA. “But I didn’t make this piece as a narrative directed at anti-Semitic tropes. I made it about hate against all targets.”

“The book asks the question, ‘Do you embrace the situation or fight? Do you speak up or stay silent?’” Simon says. “It’s an elemental question, and I think we’ve all imagined ourselves at critical, pivotal points in history — what would we do and at what cost?”

It’s a question that relevant for this time in America, too. Our country is currently overrun with hate. Anti-semitic conspiracies about the virus and racist sentiments against Asian Americans are rampant. People are dying — not overseas like in WWII America, but right here in this very country — and people are still choosing not to fight this war against this virus hard enough.

The different characters in the six-episode miniseries approach their country’s crisis very differently. Herman watches newsreels in the same way some Jewish fathers continuously refresh the New York Times app. And yet, despite the news, he is deeply patriotic and believes in the best in America.

By contrast, Alvin, his orphaned nephew, is militant about his belief in justice — so much so that he travels to Canada to join the army and kill Nazis.

But the most remarkable characters in The Plot are the women — who, in my opinion, really carry the show. While Roth has been roundly criticized for his derogatory portrayal of Jewish women — painting them as annoying, overbearing, and unattractive — in this TV series, two strong and fascinating Jewish women are front and center.

There’s Evelyn Finkel, played by the magnificent Winona Ryder. Whereas her sister Bess dresses modestly, her makeup muted, Evelyn’s wardrobe is enviable, as is her constant red lip. She’s smart, successful, and magnetic, and yet, she longs for companionship. She lives alone with their Jewish mom, after a long series of romantic affairs that ended in heartbreak.

Evelyn is drawn to Rabbi Lionel Bengeldorf, a local Newark rabbi played by John Turturro, who endorses Lindbergh’s run for president. Evelyn is by his side through it all — and the two wind up married and frequent White House guests.

Then there’s Bess Levin, the family matriarch, played by Zoe Kazan. Her backstory is that she grew up the only Jewish family in her town, and that isolating experience exposed her to anti-Semitism and marked her for life. She sees America without the rose-tinted glasses that Herman wears. She is one of the main reasons why Herman doesn’t accept a promotion that would force the family to move to a more WASP-y neighborhood, and she has much less faith in America as a place that is loving and welcoming to Jews.

Their union seems like a partnership between two strong and measured individuals, their family a ship they steer together. When they decide to buy a home, Bess goes out to find a job. Their home is open and generous, and Bess raises her kids with love, humor, and grit.

Bess is truly one of my favorite Jewish mothers on TV — she’s three-dimensional, strong, and truly the heart of the show. As many Jewish mothers across the country are navigating a tough time and many difficult decisions, Bess is perhaps the character we need — a mother doing what she can to navigate her family to safety.

While The Plot may, at times, be terrifying and hard to stomach, it is also one of the best-crafted TV shows I’ve seen in a while. And its tender approach to both Judaism and Jewish family is exactly what we need in this time, where we are drawn into our own Jewish homes and families, wading through difficult decisions and an uncertain future.