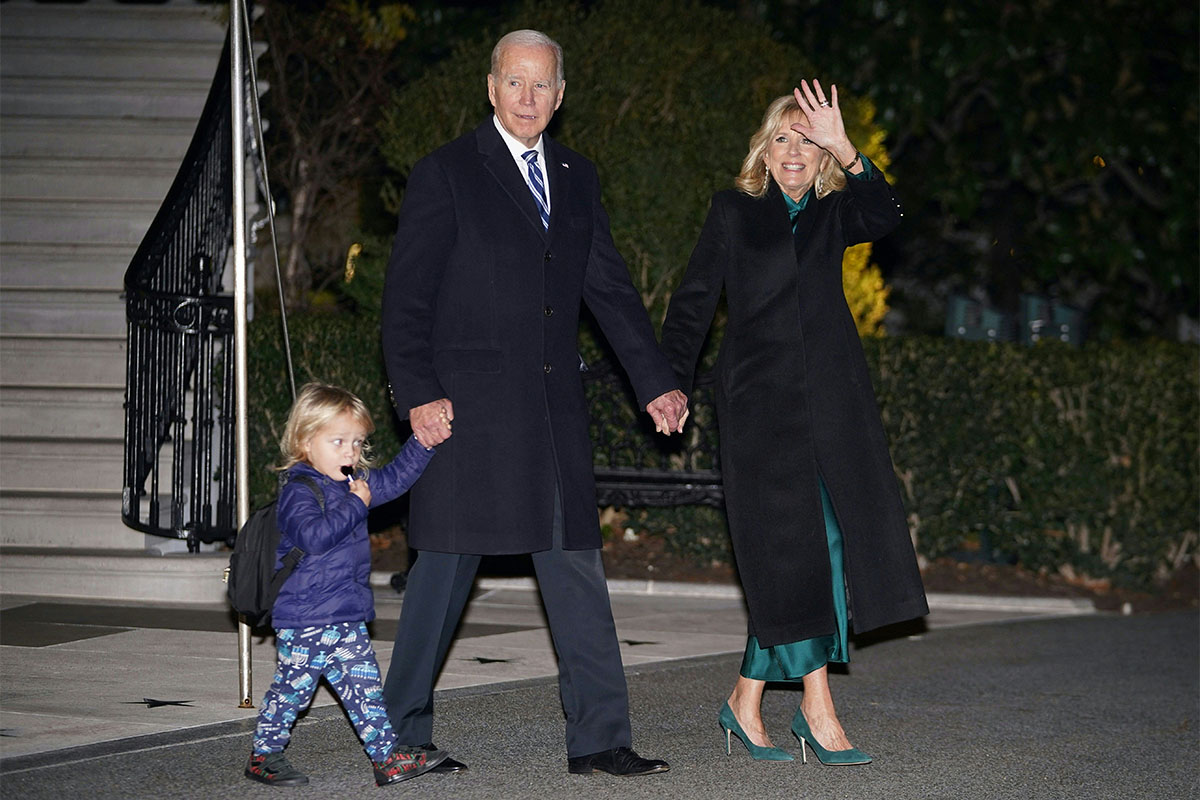 Tonight is the second night of Hanukkah, and the White House is holding its annual Hanukkah party. And while the tradition has been around for quite a few years, this year’s bash will be extra special.

Among Jewish musical performances and speeches, the presidential abode will inaugurate its first ever official White House menorah. The beautiful, understated piece of Judaica ties Jewish tradition with the history of the White House itself. Crafted by the White House carpenters (yes, there is an actual carpentry shop in the basement of the White House!), it incorporates wood from the original foundations of the building.

“It’s a work of historic importance — it’s also a work of love,” the White House’s official Twitter account shared. “Its beauty reminds us of the Hanukkah miracle and the joy it inspired. From this day forward, this menorah is a permanent piece of the People’s House.”

Each detail was carefully crafted by the White House carpenters with wood recovered from the foundation of the White House. Its beauty reminds us of the Hanukkah miracle and the joy it inspired. From this day forward, this menorah is a permanent piece of the People’s House.

The traditional Hanukkah candle holder appears to be made from a large slab of wood; atop it are nine metal bowls for the eight candles of Hanukkah and the shamash, which is elevated by a smaller piece of reclaimed wood.

Aside from the first Hanukkah menorah, which is, of course, very important, the White House also inaugurated its first ever set of Hanukkah pajamas yesterday.

In a video shared last night, Jill and Joe Biden are seen walking outside with their youngest grandchild — Beau Jr. — who is wearing the traditional toddler late night outfit: a coat over pajamas (with a very adorable little backpack on his back) — Beau is very calmly toddling along while sucking on a lollipop. The cuteness is almost too much handle. Astute observers will see that there are menorahs on young Beau’s PJs. He walks to an airplane holding his grandfather’s hand, and then his father, Hunter Biden, picks him up to get him on board along with his mom, Jewish South African filmmaker Melissa Cohen.

We know that three of Biden’s grandchildren are Jewish, but there is something so sweet about seeing one wearing actual Hanukkah pajamas in the spotlight. It’s a momentous occasion for all Hanukkah merch lovers and a historic moment for Jewish fashion in the White House, if you ask me.

As for the maker of these PJs, to me, they look like Old Navy Hanukkah pajamas, but would love to have confirmation from fellow Jewish nightwear aficionados.

Of course, the Bidens weren’t the only ones celebrating Hanukkah in the White House and its vicinity. Over at the Naval Observatory, the residence of the Vice President and Second Gentleman, Doug Emhoff lit a menorah that dates back to 19th century Europe along with about 300 fellow celebrants (in a tent, not in the actual building itself!)

While talking to the crowd, Emhoff credited his wife, Kamala Harris, with first bringing a menorah into their joint home. “She bought me a menorah for our first Hanukkah together, when we were first setting up our home in Los Angeles, because it was important for her to know that we had a menorah to illuminate this home that we were building together.”

Emhoff also spoke out about antisemitism (the Second Gentleman was part of a roundtable to discuss rising antisemitism in the country lat month), saying, “Anyone who is not speaking up and speaking out, and not taking action, needs to be called out.”

The crowd also got to admire the menorah that was lit in the window sill of the observatory.

Earlier that day, Emhoff shared a video of him helping trim the Vice Presidential Christmas tree, adding Jewish star ornaments to the tree that was already decked with ornaments that paid homage to the couple’s history (with ones for the state of Texas, New York and California) as well as dreidels. The top of the tree was lit by a blue shining Jewish star — truly an inspiration for the many homes of mixed faiths in this country.

At a dark time in this nation, the White House quartet is truly bringing us some very needed light (sorry not sorry about the pun).

Chag sameach to the Bidens, the Harris-Emhoff family, and to all donning their Hanukkah pajamas this week.