There’s No English Translation for This Lovely Jewish Family Concept 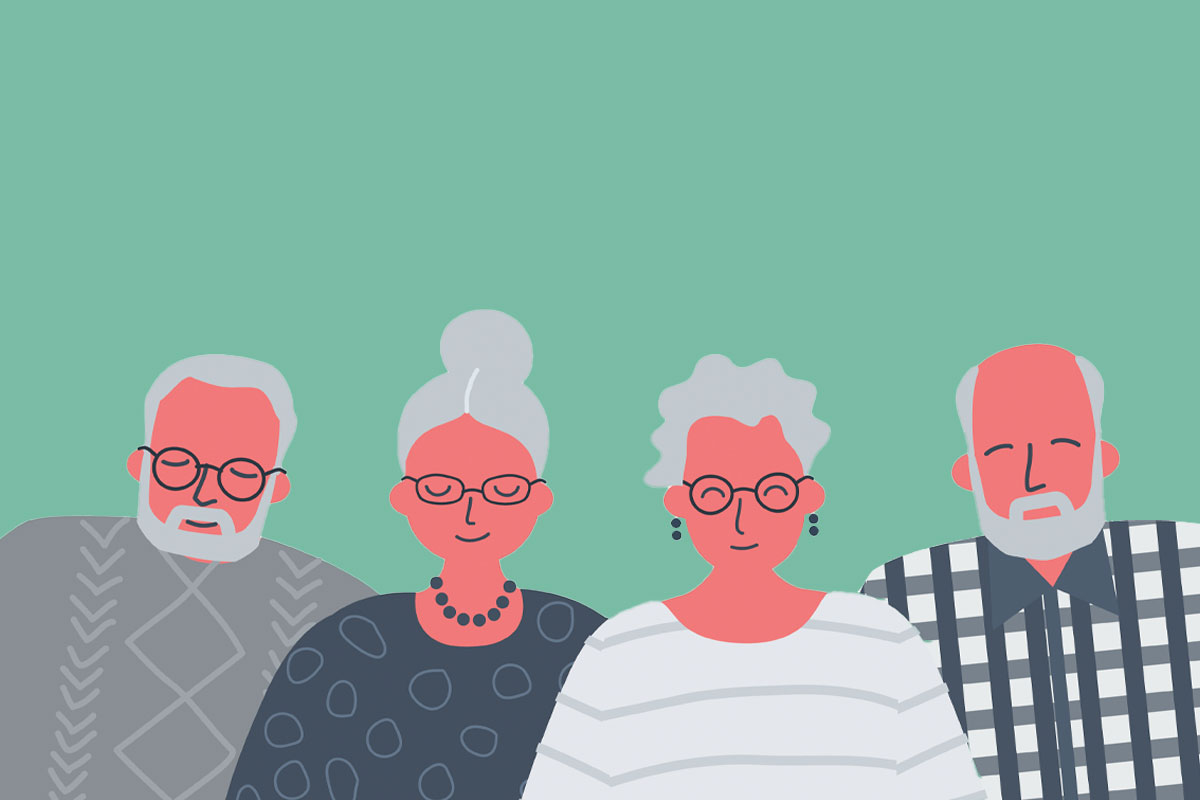 In Jewish tradition, when two people marry, it is not only the couple that are entering into a lifelong relationship — it is their parents, too. There’s even a special word for the new co-in-laws: They become “machatunim.”

The term has no direct English translation because, sadly, this relationship concept doesn’t exist in America. According to the Jewish Chronicle, the Yiddish word “machatunim” derives from chatan, meaning bridegroom or son-in-law, and also has the connotation of “guest of honor.” As a verb, it means to tie, connect or covenant. “We can see from this etymology the sense of a marriage being not just a holy covenant between two people, but also an alliance between two families.”

My grandmothers, who were machatunim, set the bar high. They had a very close relationship, which was so seamless that it never occurred to me that it was unusual. While they were both Jewish, their religious practices were very different. One kept kosher and the other prepared lobster. One attended synagogue services fairly regularly and the other hardly ever. Still, their shared Jewish identity facilitated an overall family cohesiveness and sense of solidarity. Perhaps more importantly, they lived near one another and shared a passion for bridge and canasta, which they often played together.

While my parents also gained Jewish machatunim after my husband and I got married, the two couples came from very different backgrounds, lived a fair distance from one another, and had little in common. Nevertheless, they spoke the same Jewish language, which gave them a common bond.

These days, it’s a lot more common to have non-Jewish machatunim — I have two sets myself. Over the years, I’ve learned a fair bit about navigating — and nurturing — this modern twist on a traditional relationship, and am happy to report that despite our different backgrounds, we’ve been able to honor this special relationship.

While we don’t live near each other, over the course of five years we’ve developed a very warm relationship with our younger daughter’s in-laws. Each side makes a concerted effort to honor and respect the traditions and sensitivities of the other. They’ve attended Passover seders and Rosh Hashanah dinners, and we’ve visited them in Vermont to partake in the Christmas season. Moreover, we now share a cherished grandson.

I hope to forge a similar path of inclusivity and mutual respect with our new set of in-laws. Last month, while toasting my elder daughter and new son-in-law at their wedding, I inadvertently welcomed my new machatunim to our family, using that expression. It slid out of my mouth organically. I don’t think many people noticed, including our daughter’s new in-laws, who aren’t Jewish. In any event, I promised to follow up with an explanation at a later date; I’d already spent a fair amount of time explaining all the unfamiliar aspects of the Jewish wedding to them, and felt that I should take it slow so as not to overwhelm them.

The very fact that I used the term demonstrated to me that I already felt affection toward them. And I hope that having a designated, specific role will help them feel more comfortable and included in our family’s Jewish traditions.

But ultimately, a healthy machatunim relationship is aspirational. Let’s face it: There have been plenty of Jewish machatunim over the years who don’t get along, or who live far apart from each other and have little in common. But there’s always some common ground. We share the most precious gift life has to offer: our children and their offspring. This relationship is so valuable and important because it enriches family unity; a couple’s parents are an integral part of the larger family unit.

My non-Jewish machatunim may never actually use this difficult-to-pronounce word, but my husband and I will continue to think of them in those terms. We will continue to reach out and nurture our relationship, which, in turn, can only serve to strengthen our children’s futures together. I encourage you to celebrate and enhance the traditional machatunim relationship, regardless of the backgrounds of your new co-in-laws. It’s time for this wonderful, worthwhile, uniquely Jewish concept to grow and expand.