These Jewish Rituals Just Might Turn a Breech Baby 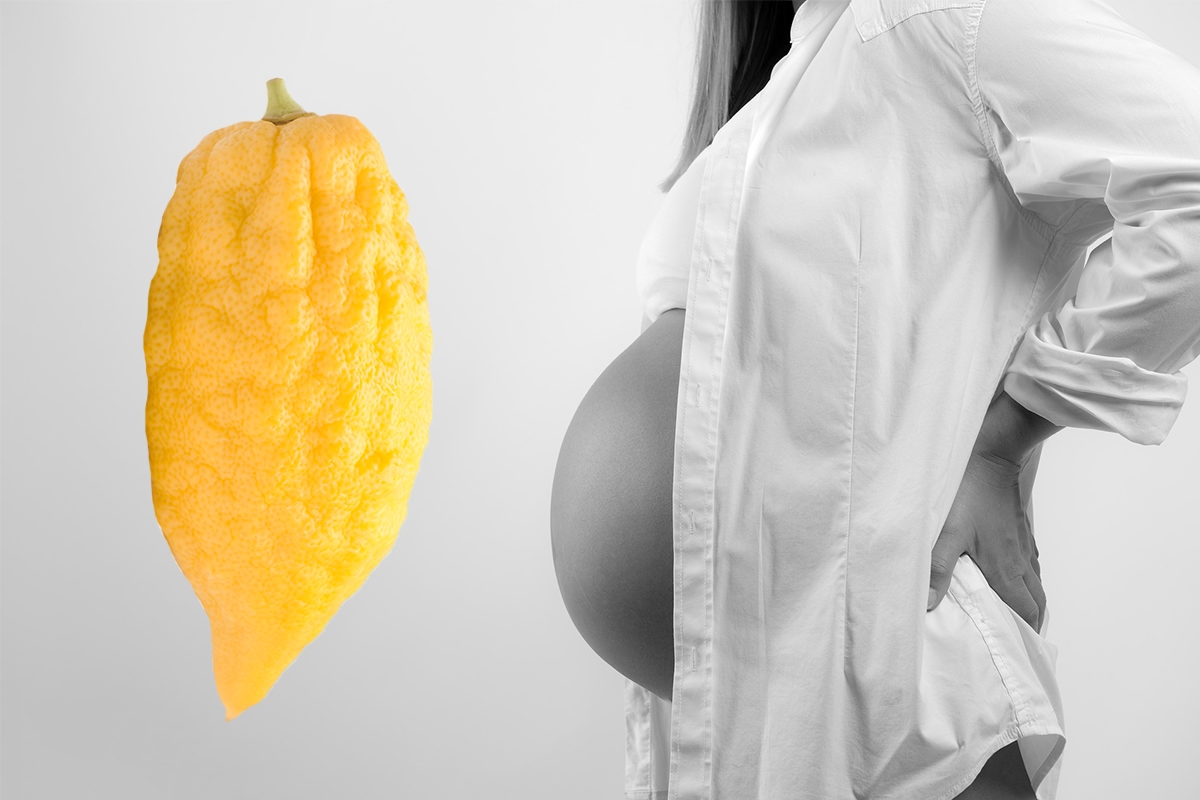 When I attended the birth of my first grandchild, I almost fainted. Not because it was icky (although it was, a little bit), not from happiness (although I was jubilant), but because it was the middle of the night and I was exhausted. I hadn’t given birth in 12 years. I was not used to this!

The births of my seven children had occurred without much fanfare. The pregnancies passed fairly easily, and the births were without incident. (Of course, raising children is the real challenge, but that is a different story!)

Some of the births of my grandchildren, on the other hand, have been more interesting. Three of my daughters, for example, were told they had breech babies, which means the babies were sideways or backend-first inside of the womb.

For my daughters Chana and Hadassah, this occurred only a few weeks before their due dates, which meant that the baby is pretty much stuck in that position. Yes, there are expert doctors who can turn a baby from the outside — and there are even fewer who are willing to deliver a baby who is positioned feet first — but, generally, breech babies at this stage are usually delivered via Caesarean.

For Yael, the baby’s breech was spotted in the beginning of the pregnancy, which meant there was plenty of time for the baby to turn around before any medical intervention was necessary. And so, her doctor suggested, “If you want, you could try biting the end off an etrog,” he said. “That might help the baby turn around.” Apparently, the doctor, a completely secular person, had come into contact with quite a few religious patients. That’s Israel for you: Everyone is a little bit traditional. And he must have seen results, right?

This biting of a citron is known as a segula, which is an action or ritual that is believed to achieve a protective or benevolent result, and is a practice that has roots in Kabbalistic and Talmudic tradition. As Orthodox Jews, my family and I always rely on prayer and, of course, medical intervention as needed, but segulas are unique in that they focus our attention and our actions on whatever it is that we desire.

Yael’s baby turned itself around, so she never had the pleasure of biting the end of the etrog, which is quite sour. (I myself once bit the end of the etrog because it was a segula for an easy birth, and candied etrogs are segulas for many things, including relief from stuttering). Yael eventually had a baby girl and a normal birth. However, Chana and Hadassah’s ultrasound were closer to the due date, so they took their segulas — which are rather common in our community — more seriously.

The first segula Chana tried was to make sure that none of the holy books in her home were turned upside down. She checked her own library, which was in perfect, upright condition. But when she looked in our house, she found a book that was upside down, so she turned it around. This segula is a popular first step, as it doesn’t cost money and doesn’t take much time.

A week later, however, the baby was still breech. So, after checking with a rabbi to learn the specifics, Chana and her husband went to Sataf, a spring in the hills near Jerusalem. She and her husband climbed up the path from the road — not exactly an easy trail uphill, especially when you’re very pregnant! When they reached the spring, her husband took a mouthful of water, and then spit it into Chana’s mouth. Yes, you read that right — just as the water was passed from one person to the next, that’s the segula, passed down from generation to generation.

Immediately afterward, Chana and her husband went for another ultrasound and, voila! The baby had turned over! A few weeks later I was privileged to be present at the birth of a gorgeous baby girl — Kenahara.

Then there’s Hadassah, who, being nine months pregnant, did not have the patience to climb up or down anything. Instead, she found out about a different segula, which was suggested to her by the ultrasound technician (again, that’s Israel for you!). She suggested that they read aloud the Megillat Esther. Usually, we read it on Purim to remember Haman’s plan to exterminate the Jews, and then, “v’nahafoch hu” — everything turned over. That is, Haman hung on the gallows instead of Mordechai; Mordechai became the king’s advisor instead of Haman; Mordechai lived in Haman’s house; and so on. And so, in the weeks before the due date, Hadassah and her husband read the Megillah in hopes that the baby would turn over, too.

Unfortunately, this segula didn’t seem to work for Hadassah. She went to the doctor, and fortunately, the doctor was able to turn the baby over externally. He leaned on her stomach and pushed the baby from the outside in such a way that it had nowhere else to go but down.

Of course, there are other known techniques to turn breech babies around that certainly aren’t medicine, but they’re not segulas, either. For example, one trick is to shine a flashlight towards the bottom of the mother’s stomach. The baby may want to turn over in order to follow the light. The same thing can be done with music.

Still, unlike a superstition or an “old wives’ tale,” a segula has a Jewish source. Sometimes the source is written, and sometimes it is transmitted orally, and, either way, segulas can vary from community to community. Oftentimes, an ordinary person may not know the source, but some segulas are commonly performed — such as those that involve etrogs and fertility — and are therefore widely accepted.

A segula is not, however, a quick fix. Jewish tradition tells us that one must be careful not to substitute a segula for spiritual self-improvement, which we believe is the essence of life. Yes, there are segulas for finding a mate, for marital peace, for having children, for easy childbirth, and so on. But they should not be done as a substitute for repentance, charity, and prayer — the three ways a Jew changes a bad decree, as it says in the High Holiday prayer books.

As for Hadassah’s baby, the story did not end there. She arrived at the hospital after starting labor, and then the fun really began: The baby had turned back to being bottom first.

The doctor who was on call attempted to turn the baby around, but he was unsuccessful. The baby’s heartbeat was dropping dangerously low. They began preparing Hadassah for a C-Section; they rushed her to the operating room and shot her with an anesthetic.

Incredibly, just at that moment, the head of the department stuck his head into the room. He was the one who had previously turned the baby around a few weeks before. He was not on duty, but he just happened to be there. He cleared everyone out of the way and, as Hadassah reports, he basically sat on her stomach. He placed all of his considerable weight on her and turned that baby around — and she gave birth to a beautiful baby boy (kenahara), without a C-section.

So, just maybe, the segulas that Hadassah performed worked in the end — the birth was certainly supernatural. On second thought, however, every birth is a miracle.