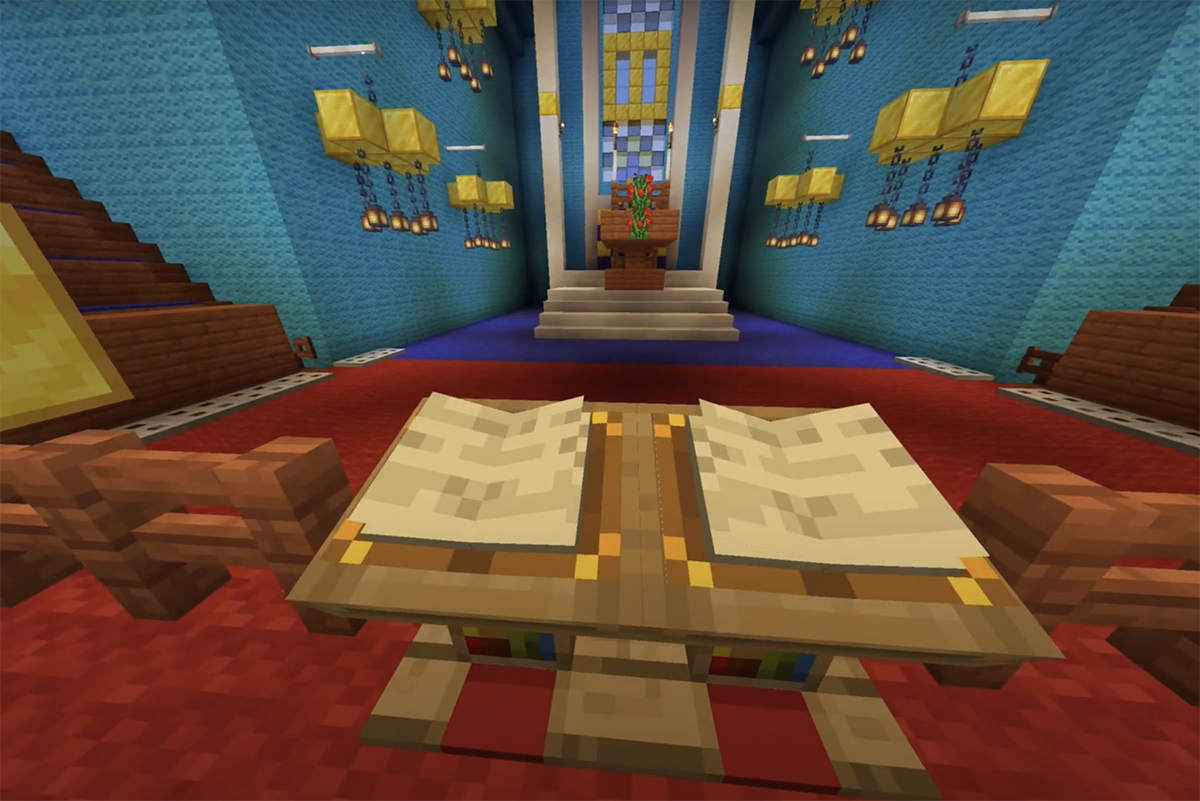 If you’ve got kids of a certain age, you may know Minecraft as the game you spend most of your summer days trying to get your kids to stop playing.

But for one 10-year-old in England, Minecraft became an amazing way to reconnect with his Jewish community in the time of the pandemic: Within the online world, he made a beautiful model of his gorgeous local synagogue, Birmingham’s iconic Singers Hill Synagogue.

And that’s not all: Morien Theo Ludvig Skinazi, who goes by Momo, edited and narrated a lovely, informative video (originally published on Jewthink.org) about his design — a skill he recently learned editing the video montage for the “Zoomitzvah” of his older brother, Jasper. The video displays the model’s many details and invites others to download it and improve upon it.

It took young Momo about 6 hours to create the synagogue design on Minecraft. He and his mom, Karen Skinazi, had some pretty big artistic disagreements: “Cows and bats kept sneaking in, and we had a long discussion about sacrifices in Beit Hamikdash [the Temple in Jerusalem] — we decided they were not appropriate for a shul in 21st-century England,” she tells me over e-mail.

As it happens, Momo, who is also a big Harry Potter fan and an avid reader, is “as reluctant a shulgoer as any child,” according to his mom. Yet Momo delighted in spending hours on his design — he considered every detail, experimenting with the texture on the carpet and the corinthian columns, the lightning, and the stained-glass windows, trying to make sure that his design accurately reflected the synagogue that housed his intimate Jewish community every week before the pandemic.

Momo — whose favorite thing about going to shul is “throwing candies at the bar mitzvah boys” (same, Momo, same) — and his family had recently visited the synagogue for the first time in months for Jasper’s Zoom bar mitzvah. Momo and his mother talked about “how weird it was that no one came to Jasper’s bar mitzvah and how shuls, which are such a central part of Jewish life, have been shut down as we wait out the pandemic,” Karen recounts.

So, they found a way to let people back into the synagogue: by incorporating Momo’s love of Minecraft (when I ask how many hours a week he spends on the game, the answer is an honest “a lot!”) and his newfound video editing chops.

Singers Hill, which is home to the Orthodox Birmingham Hebrew Congregation, is by all accounts gorgeous — it’s a national landmark, built in 1856, and is ornate in a way that’s hard to find stateside (Momo and his family are moved from Princeton, N.J. to Birmingham).

“Usually throughout the year, the shul hosts school tours for people to learn about its history and function,” Momo’s mom tells me. “This year that is much less likely to happen, so I hope Momo’s Minecraft version can act as something of a stand-in for the tours.” How amazing is that?

As a mom, however, I have to say the most uplifting lesson for us all here is that — sometimes, at least — screen time can be a gift. We’ve all spent so much time and mental energy during this pandemic feeling bad about our kids staring endlessly at the TV, or playing video games for hours, it’s easy to forget that our kids can also get so much out of their on-screen experiences.

“I have a new appreciation for Minecraft. I always say Momo has shpilkes —it’s hard for him to sit still,”  Karen tells me. “But working on the shul, he was so attentive to detail, really thinking through every move, testing each one out, revising.”

Momo and his mom found an organic way for him to learn and enjoy himself — and to create a project that’s truly impressive by any standard (possible exceptions to this may be to Momo’s two older brothers, who are more into Fortnite than Minecraft — but you can’t win them all!). What’s more, Momo managed to create something that meaningfully contributes to his local Jewish community at a very difficult time.