This Billy Joel Passover Parody Has Got Us Feelin’ Alright 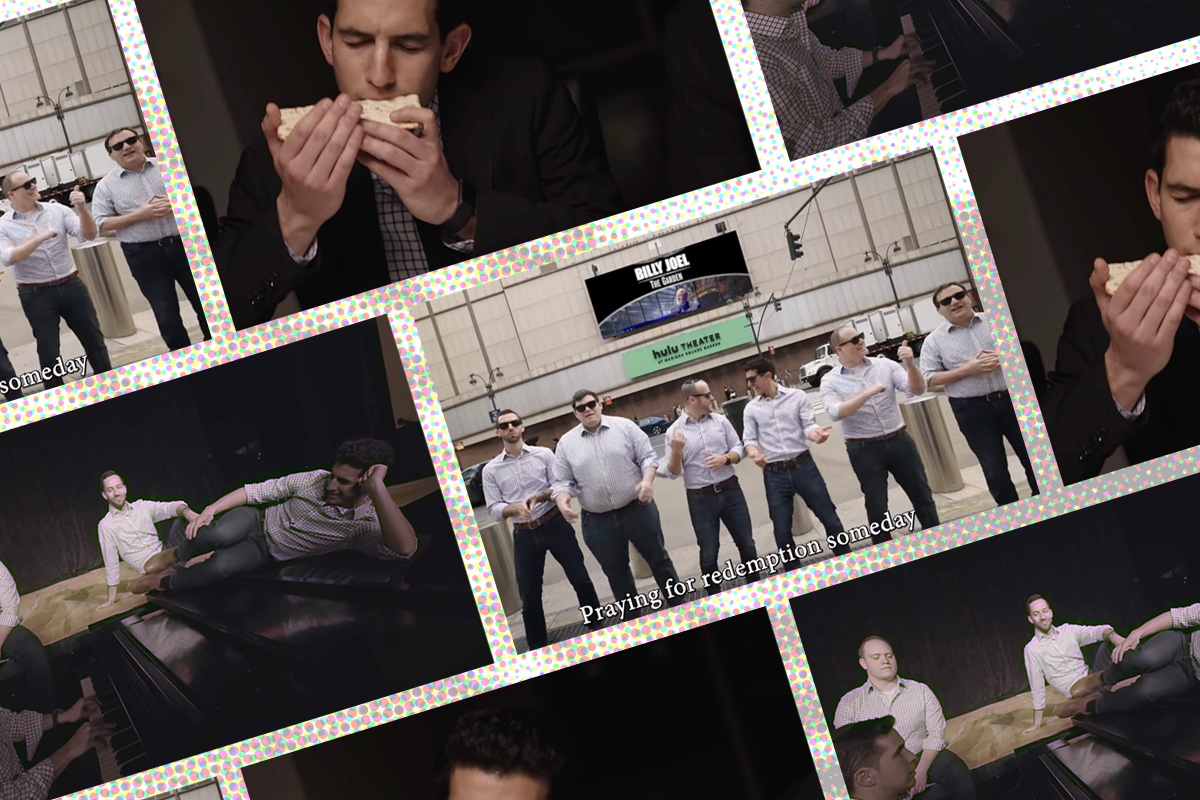 Just like Billy Joel, a cappella group Six13 is a New York-bred Jewish musical sensation. That’s why it makes sense that the group, who have brought us some of the best holiday parodies around, including a West Side Story Hanukkah and this Passover sea shanty, is now regaling us with a Billy Joel-themed Passover mash-up parody. And all I can say is, wow, they’ve done it again.

To be fair, after watching it, my biggest question is what took so long?! Joel’s songs are practically made to be turned into Passover ditties, and the group has chosen the perfect ones. “Piano Man” has become “Pharaoh Man,” “We Didn’t Start the Fire” is now “God Set a Bush on Fire” (I mean…) and “Scenes from an Italian Restaurant” morphs seamlessly into “Scenes from a Seder Night.” Of course, there was no need to change the Joel smash-hit “Movin’ Out” into anything, because the story of the Exodus is precisely the story of moving out…. of Egypt.

What does this video have? Everything. All the Passover references you could want, from using matzah as a fake harmonica, a frog doll, Pharaoh hats, cheesy graphics of all the plagues, Jerusalem, and of course, a goat, honoring Jack Black’s favorite Passover song.

The video is shot in New York City, Joel’s hometown, and by the crooner’s frequent haunts — Madison Square Garden, on the subway, on some stoops (oh, the New York stoop) — and even features shots of group members frolicking with those famous New York sky-rats (yes, I’m talking about pigeons).

The lyrics are quite well done, incorporating so many elements from the seder, as well as deep cut references to Gefen and Lieber (If you know, you know).

Will I be walking into every room singing “God set a bush on fire” this Passover? I believe I will. This parody, quite like the Billy Joel songs, will be stuck in your head for a long, long time — or at least all eight days of Passover.