A ‘West Side Story’ Hanukkah Parody Is Here 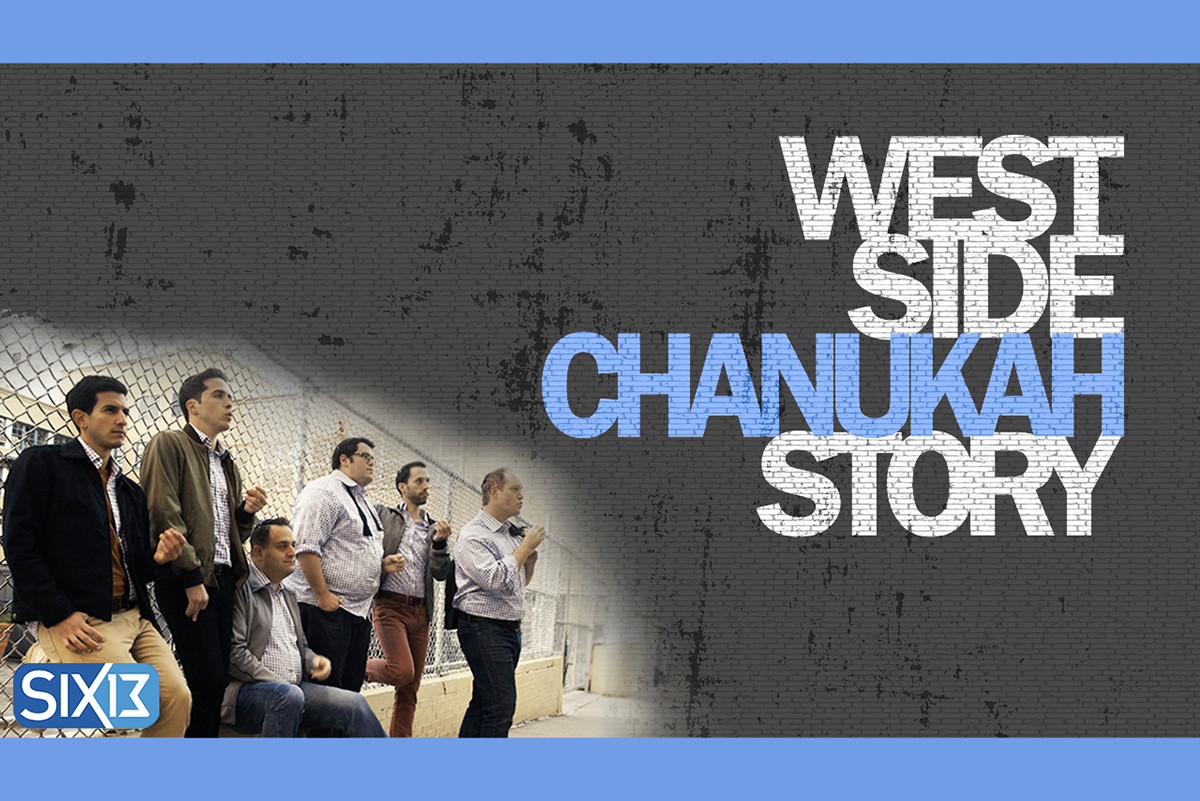 We just met a new parody by Six13 and now Hanukkah will never be the same!

The Jewish a cappella group, who last year gave us the Passover sea shanty we never knew we needed, never disappoints around Hanukkah season, and this time they’re bringing us a medley of one of the best musicals of all time — “West Side Story.”

The hit musical and 1961 film — with iconic music written by Steven Sondheim and Leonard Bernstein — is being revived by Steven Spielberg with a new screenplay from Jewish theater maven Tony Kushner, which will hit theaters this December. To celebrate the 2021 film, Six13 has taken four of the musical’s most memorable songs and turned them into Hanukkah jams.

The medley starts with a version of “America” which turns into “On Chanukah,” since the festival of lights is, apparently, the land of opportunity of Jewish holidays. In the parody, the band enumerates all the great things you can get on Hanukkah, from gelt to sufganiyot (or doughnuts) and including, yes, puppies — gotta dig the Daveed Diggs reference!

They then move on to a parody of “Maria” aptly called “Menorah.” I guess they both shine bright!

The upbeat “Gee, Officer Krupke” then becomes “Gee, King Antiochus” because of course. (For those who need a refresher, King Antiochus ruled over ancient Israel during the time of the Maccabees and is the villain of the Hanukkah story.) “Goodness gracious, that’s why I’m a mess,” turns into “Goodness Grecians, now you’ve made us mad!” and honestly? That’s inspired.

Finally, the romantic “Tonight” quite seamlessly becomes “Eight Nights” — heck, the original song even mentions miracles! Was this musical made for a Hanukkah parody? It seems like it was.

The New York City-based group took advantage of their local surroundings to shoot this video, which features recreated scenes and choreography from the musical. They lean on chain-link fences, light a menorah by Central Park and even have a confrontation with Antiochus in a Manhattan synagogue — love to see all the Jewish holy books in the background!

This parody will definitely have you humming the catchy Bernstein melodies all eight nights. Happy Hanukkah, everyone!