This Earth-Shattering Israeli Show Is Coming to HBO Max 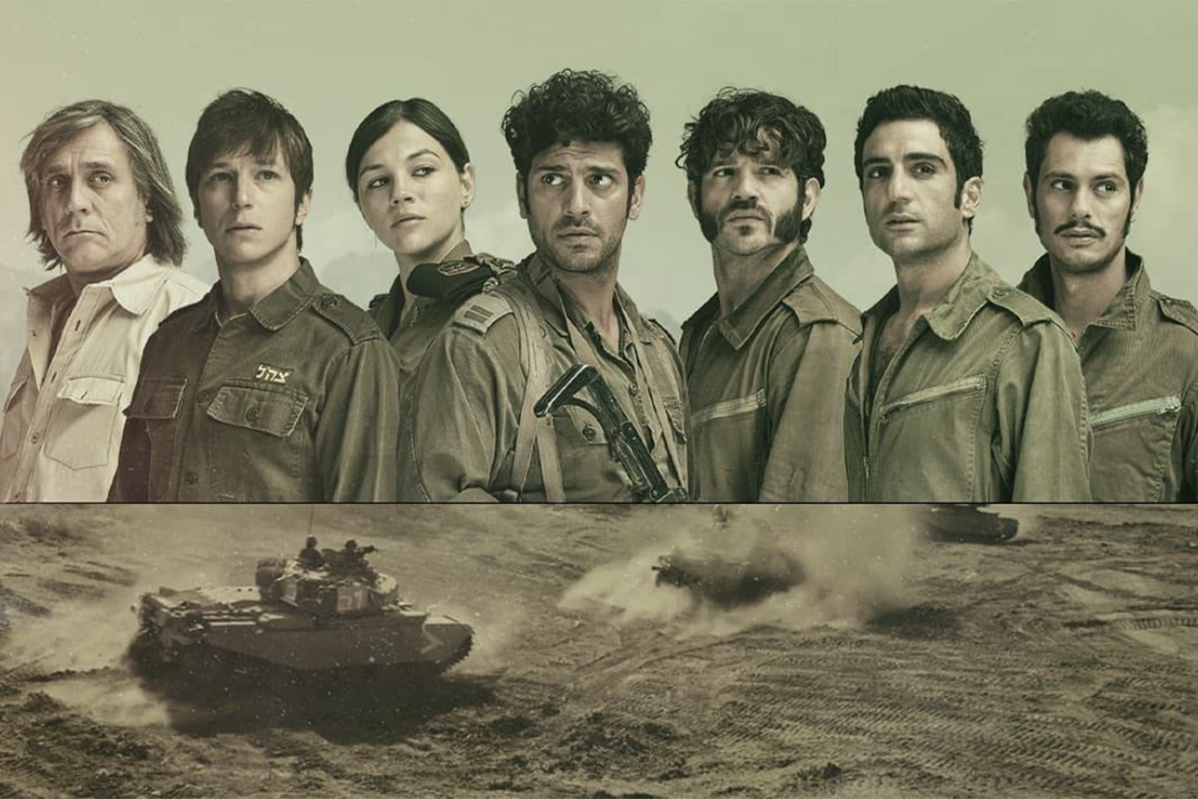 If Yom Kippur is the most somber day in the Jewish year, then the Yom Kippur War is definitely one of the most somber moments in Israeli history. On October 6, 1973, on the Jewish Day of Atonement, allied Arab forces from Syria and Egypt carried out a surprise attack on Israeli forces. That initial offensive, which came from both the Sinai Peninsula and the Golan Heights, found Israel unprepared — leading to many Israeli casualties.

Now, the harrowing story of that war is being told in an incredible, serialized Israeli TV series, Sh’at Neila (“The Hour of Neilah,” a reference to the Yom Kippur concluding service). But that’s not all: The 10-part series is also premiering on HBO Max on Thursday, Nov. 12, with the new title, Valley of Tears.

Valley of Tears is one of the most ambitious Israeli TV projects to date. The historical epic juxtaposes archival footage with gorgeously shot, emotional scenes, as well as intense battle action. Recreating the violent battles of Yom Kippur proved to be incredibly expensive and complicated — each episode cost an estimated $1 million dollars to make, an unheard-of budget for an Israeli show.

At its helm are creators Ron Leshem, who created Euphoria and The Gordin Cell, Amit Cohen, and Daniel Amsel. The huge (and hugely talented) ensemble cast includes Aviv Alush, the star of The Baker and the Beauty, as a commander, and Lior Ashkenazi, of Foxtrot and Our Boys, as a father looking for his son.

While the show is based on true events, the characters and their stories are all fictional. Valley of Tears focuses on the Syrian front — where Israel ended up victorious at the end of the arduous war — focusing on the experiences of soldiers stationed at the Hermon Outpost, by the Syrian border, and at an armored outpost in the Golan Heights.

It’s a complex, suspenseful show that showcases the diversity of Israeli society. There’s  Arabic dialogue among Mizrahi IDF soldiers, though the show also lays bare the racial tensions that existed in Israel of the 1970s, and still exists today. For example, one character is a member of the Israeli Black Panthers, which was founded in 1971 to fight discrimination against Mizrahi and Sephardic Jews.

Yes, a show like Valley of Tears could be seen as Israeli propaganda —  after all, according to many historians, Israel, which eventually pushed back the Egyptian and Syrian forces, is considered the winner of the war. But, at the time, that was not the feeling in Israel’s streets after this terrible two-and-a-half-week battle; it was considered a tactical and military failure. Israel paid a steep price for the Yom Kippur War: More than 2,000 Israeli soldiers were killed. The country grieved deeply for their losses. Many Israelis lost faith in the IDF and in their leadership — Golda Meir, the prime minister at the time, resigned the following year.

After the war, Israel learned an important lesson — that it can not rely on always winning wars. Ultimately, some good came out of it. The war lead Israeli leaders to sign its first peace treaty with an Arab country: the 1979 Egypt–Israel Peace Treaty.

Watching the 10-part series is an incredibly grim experience, as it so powerfully exposes the pain, the trauma, and the terror of war. Those who’ve experienced PTSD might want to stay clear, as the depiction of wartime trauma in the show can be hard to bear. But it’s also a wildly important window into the story of Israel — and the unforgettable war that forever marked the country and its psyche.

Valley of Tears is not an easy show to watch. It will make your heart pound, cause you to gasp, give you goosebumps, and maybe make you shed some (or many) tears. It will make you feel the true anguish of armed conflict. But after you finish each episode, I can guarantee you will want to watch more. At the end of the day, the show is just incredibly compelling, well-crafted TV that’s impossible to resist.