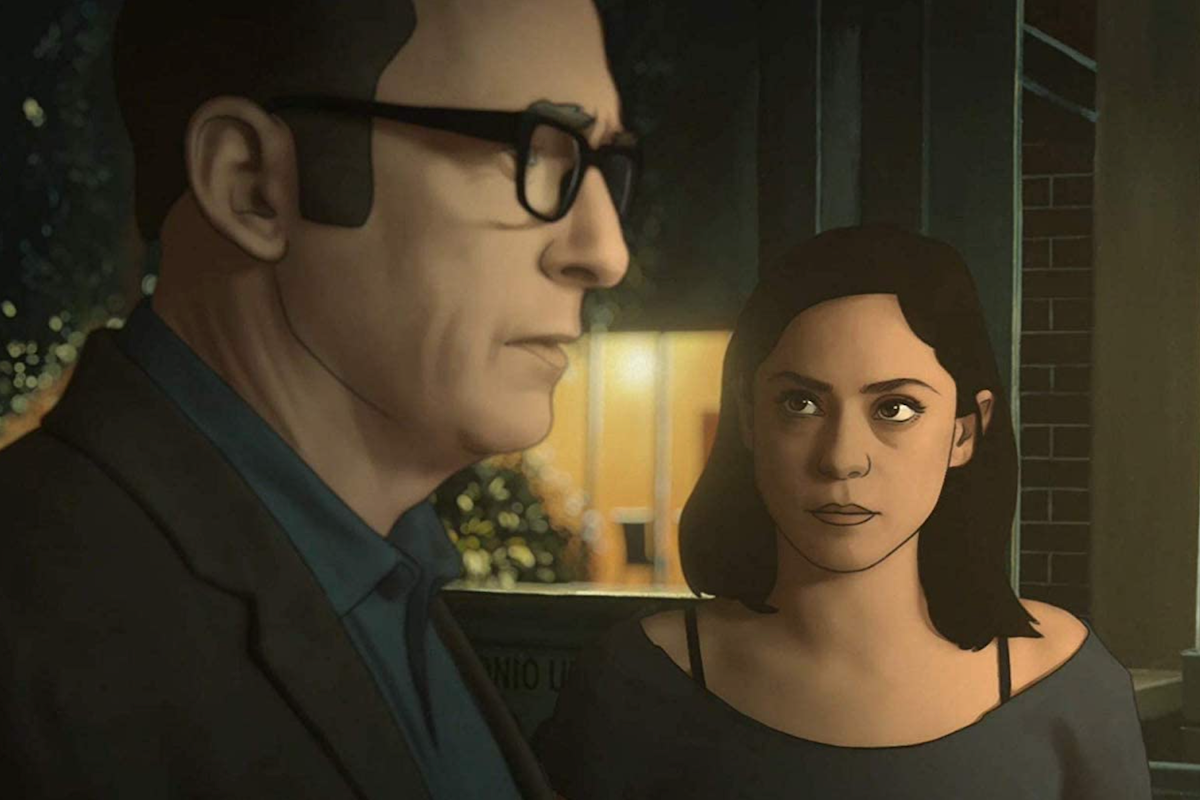 Did you know the best Jewish TV show you’ve never heard of came out in 2019? I knew it, but for some reason, writing about Amazon’s “Undone,” the animated TV show from Jewish “Bojack Horseman” creator Raphael Bob-Waksberg and “Bojack” writer Kate Purdy and directed by Hisko Hulsing, has been a difficult feat.

Perhaps it’s because it is the most stunningly beautiful show I’ve ever seen, with rotoscope animation that manages to feel soft and eerie and delicate all at once, a beauty that is hard to capture with words. Perhaps because Kate Purdy and Raphael Bob-Waksberg took the medium of animated adult content and perfected and elevated it. Perhaps because its writing is so excellent, so piercingly accurate and full of truths.

Perhaps it’s because some works of art — which is what the animated show undoubtedly is — just hit so close to home, and that kind of visceral emotional proximity makes them hard to digest, at least in writing.

But I’m going to try.

Unlike the heroine of the show, Alma Winograd-Diaz, played by the entrancing Rosa Salazar, I have never been hit by a car and discovered a secret ability to travel through time and space, ultimately deciding to try to undo the tragic and mysterious death of my father, a theoretical physics professor played by Bob Odenkirk. But just like Alma, I’ve felt isolated dealing with my own perception of reality affected by mental illness, the differences of my physical body (Alma wears a cochlear implant) and intergenerational trauma.

The intergenerational trauma Alma carries is layered — she’s part Native American, part Mexican and part Jewish American. In season one, it’s revealed that Alma’s dad, Jacob Winograd, had family who came to America to escape the pogroms in Eastern Europe.

When we first meet Alma, who is named after, we assume, the Spanish word for “soul” and not the Hebrew word for young single woman of childbearing age (thought she is all those things), she has a lovely job at a daycare and an apartment of her own. But domesticity feels to her like an ill-fitting clown suit, and routine makes her want to gag. Like Bjork and Freddie Mercury, she is convinced that there’s more to life than this. It’s the kind of existential malaise so many millennial Jews are ever so familiar with.

But as her car swerves and hits a lamppost, a genie in the form of her dead Jewish dad, speaking to her from the astral plane, makes her wish come true — and her reality is split right open.

The animated show uses the laborious process of rotoscoping — that’s tracing and animating real footage — and it’s so perfect for transmuting that sense of unreality. The same process was used for the 2006 film adaptation of “A Scanner Darkly” to similarly successful ends. As Alma discovers her ability to travel through time and commune with the dead, she starts to wonder if any of this is real — or just her mind playing tricks with her. Her family has, after all, a history of mental illness, stemming from her Jewish grandmother who was hospitalized after being diagnosed with schizophrenia. Does Alma have supernatural abilities, or is she just schizophrenic? That question is at the crux of season one of the show.

Bob Odenkirk’s Jacob is one of the most complex Jewish dad characters in TV — he’s a flawed, selfish parental figure, and yet Alma is captivated by him, and by rediscovering her connection with him. Season two allows Jacob a way to redeem himself, but also uncovers how his selfish obsession with his career and discoveries are deeply connected to his own intergenerational trauma and his desire to try to fix things for his mother.

It reminds me of a different very Jewish show, “Russian Doll.” In the latest season, heroine Nadia attempts to heal intergenerational Jewish trauma through time travel — traveling back to World War II Hungary and meeting with her grandmother, trying to rescue the treasure stolen from their family. But unlike Nadia, whose time travel attempts prove, at least in physical ways, futile, Alma does succeed to alter her reality with time travel.

In season two of “Undone,” which came out in April of this year, Alma has successfully transferred to another timeline — one where her father is alive, but where her family is still plagued by secrets, including those of Jacob’s mother, Geraldine.

Both Jacob and Alma discover the trauma that led Geraldine — born as Ruchel — to become the isolated, shell-like person that she was throughout Jacob’s life. We meet Ruchel’s mother, Leeba, played by the amazing Yael Grobglas, who was a Jewish fortune teller and perhaps one of the sources of Alma’s mystical abilities, and we see Alma, her sister Becca (played by Angelique Cabral) and Jacob try to find a way to alter the terrible tragedy that occurred to their family in Poland.

The season portrays, in a really prescient way, how we — both as children and adults — take on the burden of the wounds of our parents and feel a responsibility to heal those who gave us life, even when it’s clearly not our job.

If you think the show is heavy, well, yes, it is, but it also has a beautiful flow to it, and a genuine and sweeping humor. “It’s very much part of my culture that we find humor in pain,” Waksberg said in an interview this year, referring to his Jewish heritage.

(Also, I’d be remiss not to say that in season one, Daveed Diggs plays Tunde, the empathetic boss we all wish we had if we were going through a mental and/or metaphysical breakdown.)

With the High Holidays fresh on our heels, and as we still contemplate redemption and renewal, “Undone” shows us that we can always, messily, untangle the knots of trauma, instead of being crushed by it. The answer isn’t so much time travel, as Alma discovers throughout the show — it’s self-compassion and radical honesty, as well as the ability to reach out for help from others. So much of healing trauma is communing with our past selves — and with the past selves of our ancestors. It’s allowing ourselves and them absolution for the things we cannot help, and the things we cannot change, so that we can be better, more comfortable human beings in the world — kinder to ourselves and to others. Not a bad lesson to take away from a TV show.