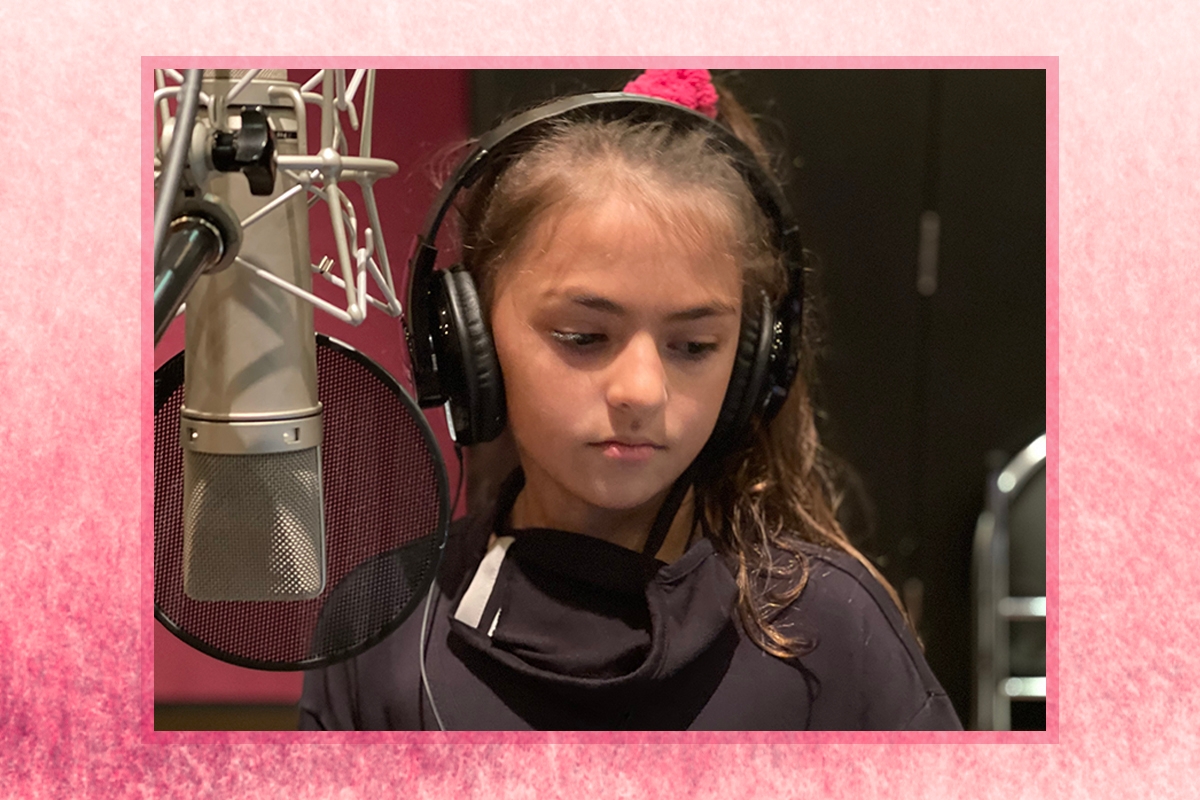 Eden Gross first started singing when she was 3 years old. She was playing in the acting studio at day camp near her home in Parkland, Fla., when she began to belt out a rousing rendition of “Hatikvah,” Israel’s national anthem. The studio’s acting teacher overheard, and immediately encouraged her to sing more seriously.

Seven years later, Gross is still taking singing “seriously” — and she’s taken up songwriting, too. She recently released her second single, “The Last Kid on Earth,” having first connected with a New York record producer in 2019.

Gross, who is now 10 and is at work on her third track, sees music as a unique form of expression — which is something she thinks has been especially important during these difficult times. She tells Kveller, “I love that it’s [music] expressing yourself through not only words, but the music tells the story as much as the words, learning to find other ways to show your emotion and show what you’re going through.”

The past year-plus, of course, Gross and other kids around the world have been enduring the isolation, uncertainty, and loss of the Covid-19 pandemic. “We were put in a new environment that we weren’t ready for, we couldn’t get used to, we were just put in it,” she explains. “It feels like you’re trapped in your own head.”

For this reason, Gross’ songs, “Shadows on the Wall” and “The Last Kid on Earth,” are dedicated to kids struggling with their mental health. These songs touch on the fears, loneliness, and sadness that many have felt during the pandemic — and before, too, of course — with the underlying hope that no one is alone. The lyrics of “The Last Kid on Earth,” for example, paint pictures of being “cast away on a desert island,” and “feeling out of place,” followed by the uplifting words, “know you’re not alone.”

Despite the struggles of the past year, Gross’s music is rooted in gratitude. “I’m so lucky I have so many things to rely on,” she says when asked how she coped with the pandemic. “I have drawing, and art, and writing, and swimming. I feel fortunate to be in a loving family, two parents who are always home, a loving community. Some kids have nothing.”

She adds that she doesn’t know how she could “go through” the pandemic without the support of her twin brother, Jordan, as well as Ollie, the family dog.

Gross is paying forward that gratitude. For each download of her song, “Shadows on the Wall,” she’s donating a portion of the proceeds to Jewish Adoption and Family Care Options (JAFCO) in Sunrise, Fla., and Eagles Haven, a community wellness center created for the Marjory Stoneman Douglas High School and greater Parkland community, which was the scene of a horrific school shooting that killed 17 people in 2018. (These organizations, according to Gross’ dad, Bobby, “have been on our radar for years.”)

Philanthropy is a value that has always been important to the Gross family. Gross’ mom, Shirley, notes that the Jewish tenet of tikkun olam is central to everything her kids learn, both at the Donna Klein Jewish Academy, the Boca Raton day school that the kids attend, and at home. “It’s not just the talk, it’s the walk,” she says.

According to Gross, her Jewish community has shaped her more than anything. “I am who I am because of my environment,” she says. “Everyone around me is giving and expressive and kind.”

We are in awe of Gross’s inspiring talent and generosity — way to go, Eden! You can find her inspiring music on platforms such as Amazon Music, Apple Music, Spotify, and more.