This Jewish Mom Is Combating Anti-Semitism With Love and Matzah 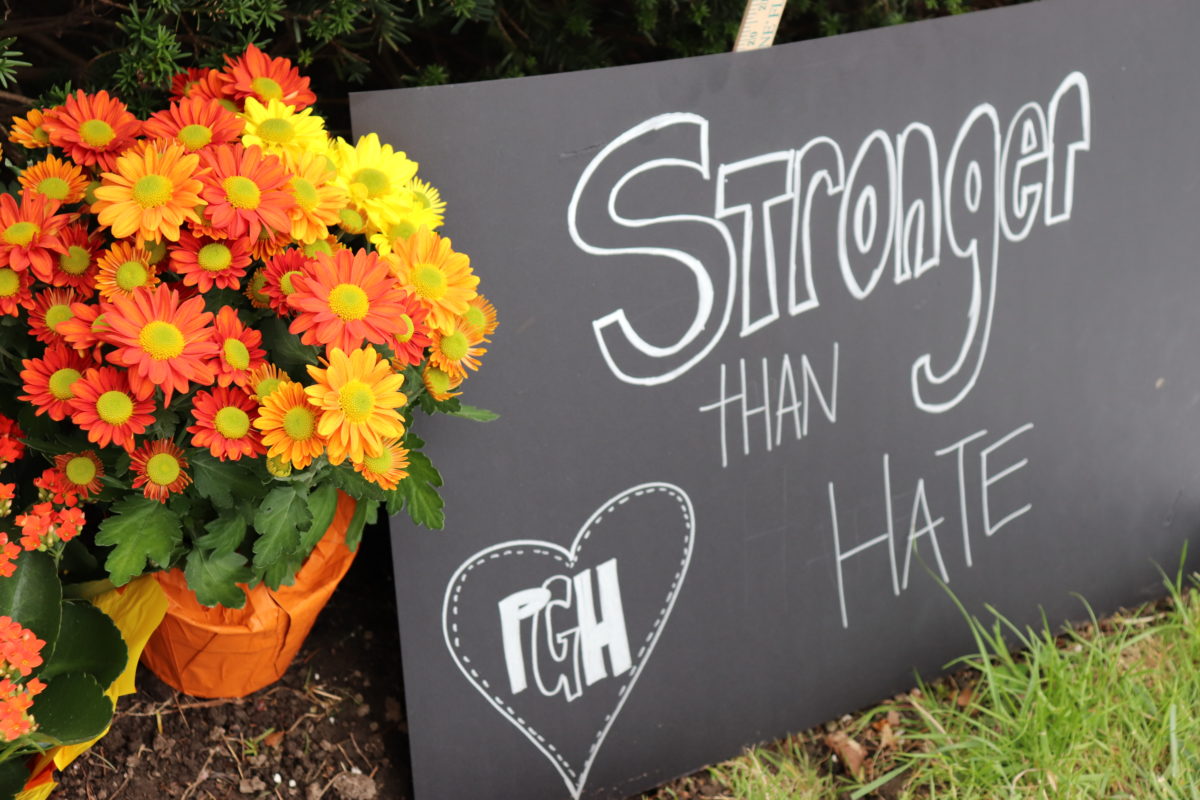 Joyce Fienberg was a connector. Bringing people together for a holiday meal was incredibly important to her, and not just her family: she invited people she met on world travels, her students from the University of Pittsburgh, colleagues. She loved connecting people of all different backgrounds, and they’d have riveting discourse over Thanksgiving or Rosh Hashanah meals and, especially, Passover seders.

“It always made a very different sort of conversation and something you would look forward to,” Marnie Fienberg says about holidays hosted by her mother-in-law. “It was always very exciting and we were always talking about things from a different perspective.”

But that all came to a screeching halt on October 27th, 2018. While praying in the Tree of Life Synagogue in Pittsburgh, Joyce was one of eleven victims murdered in an anti-Semitic mass shooting. As soon as Marnie and her husband heard of the attack, they threw some clothes in a bag and drove as fast they could from their home in Washington, D.C. to Pittsburgh.

Marnie, a mom of one, knew Joyce was there, because since her husband died in 2016, she went to synagogue every day to say Kaddish. “It was a nightmare, it was terrifying,” Marnie says of the massacre that took her mother-in-law’s life. “To this day I have this awful feeling of sadness and loss.”

Part of Marnie’s grieving process included writing — she penned a moving tribute in Hadassah Magazine. Inspired by Joyce’s generous spirit, Marnie ended the article with a suggestion: invite someone from a different background to your seder. “This is a way we can fight anti-Semitism in our own homes,” she wrote.

And thus, the initiative 2 for Seder was born, with a super simple idea: invite two non-Jewish guests to your seder.

“Knowledge is power, right?” says Marnie, who started 2 for Seder with longtime friend Lauren Kline. “If they know a little bit more about us being Jewish, two years from now, or 10 years from now, they could be in a conversation where someone says something very negative about Judaism, and they say, ‘You know what?’ I think you’re wrong.'”

The two friends founded Pittsburgh Idea Evolutions, a new non-profit with the mission of encouraging American and Canadian Jews to combat anti-Semitism. So far, its first initiative is 2 for Seder, which provides Jews with the tools to “push back on anti-Semitism with love and matzah” with help from the Jewish Community Center of Greater Pittsburgh.

“There’s so much energy, and it’s overpacked,” she said. “For someone who doesn’t understand who we are, attending Passover is that key moment when you can really see what it means to be Jewish.”

The goal is to have 1,000 2 for Seder participants. So far, over 450 people have ordered a free downloadable “seder kit” which includes Passover recipes (including Joyce’s “Passover Popovers,” which are essentially baked matzah balls ), an introduction to the seder, a history of anti-Semitism in North America, and nuanced questions to weave into existing haggadah traditions.

If Joyce were here today, Marnie says she would be overjoyed by the initiative. Never wanting to be the center of attention, her goal was always to bring an energetic dynamic to the table with people of all cultures and perspectives. Combatting anti-Semitism begins with a conversation, and that’s what 2 for Seder aims to facilitate.

“The idea that this could happen to anyone, and that it happened to someone as gentle as Joyce… this was the reason I had to take some action,” Marnie says.