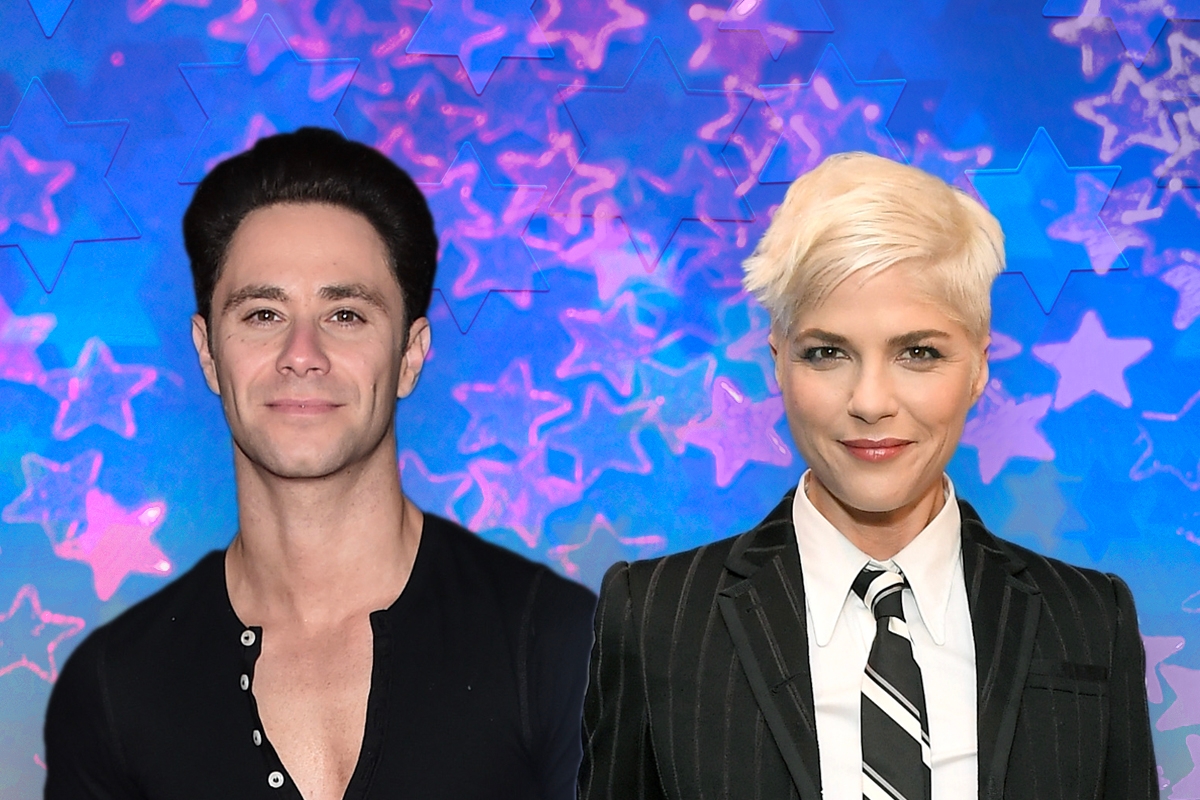 Season 31 (!) of “Dancing With the Stars” is premiering on September 19, and many will be tuning into the reality competition to watch TikTok star Charlie D’Amelio (and mom Heidi!) bust some moves.

The pairing was announced last week, and Farber, 38, and Blair, 40, sat down for joint interviews to talk about working together. The Jewish Australian choreographer revealed that he told the “Cruel Intentions” and “Hellboy” actress two seasons ago that she, and “her story, her journey,” would be perfect for “Dancing With the Stars.” Yet at the time, Blair didn’t feel ready — she was at a bad place with her recent multiple sclerosis diagnosis, and struggling with balance issues connected to it. “I am not the girl for this show,” she recalls telling Farber.

This year, though, it seems the stars finally aligned, and Blair, who once upon a time dreamed of being a dancer, convinced her team that there was no risk in taking that step. Blair says she is trying to find both stamina and joy through this process with the reality franchise, and that she’s finding so much support in Farber. The two have only done a handful of rehearsals together so far, but Blair, who came into their first meetings with a cane and a service dog, is already starting to dance.

“We worked on a few things, her breathing,” Farber recalls. “So much has changed in her… I’m so proud of her because she’s moving.”

Farber, a gifted ballroom dancer who was born in Belarus and immigrated to Australia as a child, has been part of the show since its 17th season. He’s been paired with many an iconic celeb, including Tonya Harding, with whom he placed third in season 26, but arguably his most high profile partner was Simone Biles — their partnership on the show was so successful that Biles ended up having Sasha choreograph her floor routine for the Olympics.

Farber himself is a teen dancing prodigy. “I started showing my stuff at my bar mitzvah,” Farber recalled in a 2013 interview with the Philadelphia Jewish Exponent. At a red carpet interview, Blair and Farber both joked that the actress’s only dance experience was bar mitzvahs.

“[I danced] at a bar mitzvah or two but that’s just about how close you can dance,” Blair quipped, saying the dance was all about being able to “feel our body parts,” and recalled dancing very intimately with a boy named Ezra, before Farber warned her off the topic, crying, “we’re on Disney!”

Blair definitely went to her fair share of bar mitzvahs as a child. The actress’s excellent biography, “Mean Baby,” sheds light on her life, her struggles with addiction, her multiple sclerosis diagnosis, and also on a very Jewish childhood — Blair grew up going to Jewish day school.

Like Blair, Farber got a Jewish education growing up; he went to a private yeshiva in Sydney and then to Moriah College. Farber has spoken often about his Jewish identity (I mean, he has a Jewish star in his Instagram profile), recalling that he had to hide being Jewish when his family lived in Belarus. At his 2018 wedding with fellow “Dancing with the Stars” choreographer Emma Slater, Farber donned a kippah, danced the hora, and even had the band perform a Jewish prayer (Farber and Slater separated earlier this year).

Farber is not the only Jewish choreographer on the show. There’s season 26 winner Alan Bersten. And we all admired DWTS champion Maks Chmerkovskiy last year as he shared his efforts to leave his war town hometown in Ukraine. Chmerkovskiy is married to DWTS Peta Murgatroyd and the two have a son with a very Jewish name — Shai. His brother, Val Chmerkovskiy, is also a DWTS champion.

Some Jewish celebrity contestants of seasons past include Melissa Gilbert and Debi Mazar, who both danced with Maks, Ricki Lake, season 29 runner up Nev Schulman, and of course, season 11 winner Jennifer Grey, because DWTS can not put baby in a corner.

Farber did say that this season is one of his most inspiring ones yet. Not only is he a massive Selma Blair fan (“I watched all of her movies,” he recalled in an interview), but he says the process of helping Blair reconnect with her body and find balance has been incredible and challenging: “It’s definitely been a learning curve for me.”

“There is a chronic illness, a real issue; how do you push yourself without pushing yourself too far?” Selma questioned. “That is true for all of us whether we have a disability or not. When you try something new, there is a learning curve.”

While she does hope to “expose people to differences of speech and movement” through the show, Selma says she’s “not representing everyone with MS or chronic illness.”

But she does want to represent “finding joy.”

“We all need to support each other and find joy because God knows there has been enough of the rest,” the actress said.

For Selma, finding that resilience reminds her of her own attempts to teach her son, 11-year-old Arthur, “to grow up and have self responsibility.” She said he has been struggling with school and that through “Dancing With the Stars,” and her own process of getting herself moving and out of bed, she hopes to show him that “we can do things that we would never think we could.”

“This is the best partner for me,” Blair said last week. “I can’t believe my good fortune.”

Season 31 of “DWTS” is premiered on Disney+ on September 19 and Blair and Farber made everyone tear up with their moving first number. We’re definitely hoping this will be Farber’s (and Blair’s) season! We’ll be cheering on each and every one of their dances.