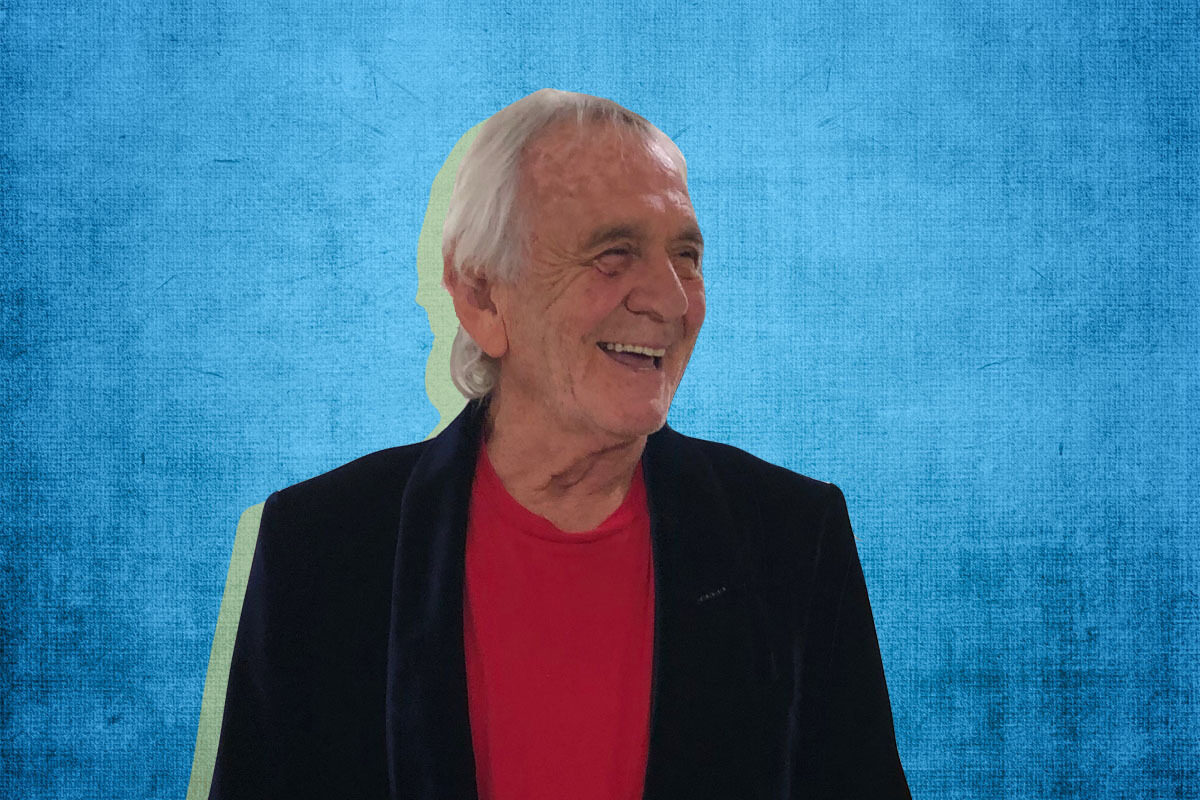 And yet, the 80-year-old Philadelphian recently said the hardest battle of his life was with coronavirus. “There’s not one minute free from pain,” he told ABC News this past August.

Woidislawsky, who, according to WHYY, “was the first person with Covid-19 to be placed on a ventilator at Pennsylvania Hospital,” truly beat the odds: He survived Covid-19, after 81 days on a respirator and 59 days in a medically-induced coma.

When I talk to Woidislawsky at home via Zoom, he is smiling, flanked by the beautiful art he collects. More importantly, he surrounded by his family — his wife, Rita, and daughter, Gal. He has another daughter, Tal, and five grandchildren — and he speaks to them all via FaceTime every single night. Gal tells me the family calls themselves “the eleven” — a loving Jewish gang that travels the world together twice a year. It’s that family connectedness that was part of her husband’s saving grace. They spoke to him every day at the hospital, through an app called Blue Jean.

Still, when it came to the High Holidays — for which Woidislawsky was grateful to be alive — the couple celebrated alone.

Woidislawsky says his wife was scared to have the family over for a big celebration: “She didn’t let anyone come… if I get this again, I’m done for,” he tells me.

Woidislawsky’s coronavirus journey began during his 80th birthday party, in early March, which was attended by more than 250 people. Guests came from all over the world to celebrate this man who, just before the pandemic began, was ziplining in Costa Rica, where he was attending an electronic music festival.

But about 10 days after his birthday party, he started struggling. He went from a man who works out five times a week — he does everything from tennis, volleyball, squash, and waterskiing, to horseback riding and playing matkot, the popular Israeli beach game, on vacations — to a weak, almost vegetative state. Despite his protests, his family took him to the local hospital. The next two months, Woidislawsky tells me, he has no recollection of. 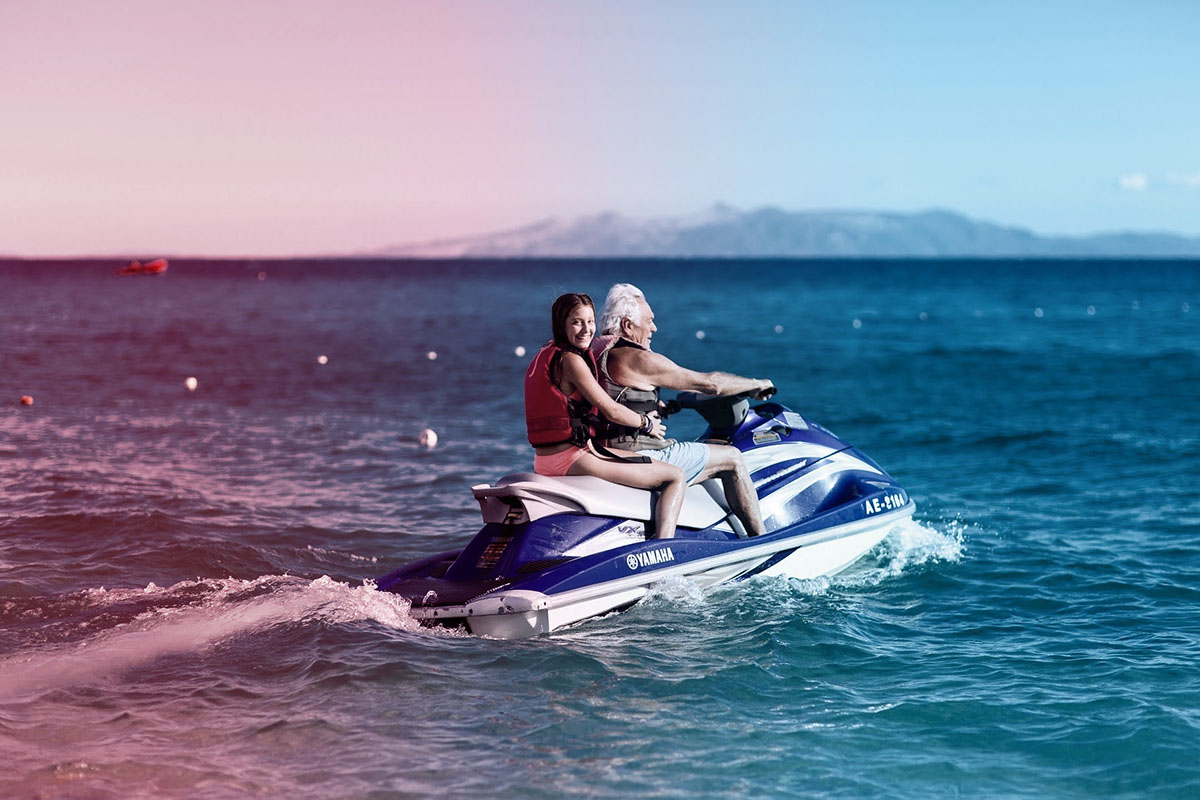 Avram on vacation before the pandemic

But Rita, his wife, does. On three different occasions, she got calls telling her to prepare for a goodbye — and to start making funeral arrangements. What helped her through that harrowing time was Zoom pilates lesson; the help of her daughter Gal, who moved in with her; and the occasional glass of red wine.

“But I screwed everyone,” Woidislawsky says about his survival. “And it wasn’t God that helped me, it’s just me and my family.”

That self-starter, survival mentality, has been a constant part of Woidislawsky’s life — from the time his father left his Polish village before he was even born. “Today, if my family [that was killed by the Nazis] was alive, there’d be 2,000 of us, but everyone died,” he said.

Woidislawsky was born in Russia in 1940, where his family spent seven very difficult years of hunger. Then, they moved back to Poland, to Lodz, as Woidislawsky tells me, he experienced quite a bit of anti-Semitic bullying. He went to a local Jewish school, and on Sundays, as the Jewish kids walked to school, the Christian kids would throw rocks at them.

At age 10, he moved to Israel, where he also struggled to get by — and at age 26, he moved to America, to pursue the American dream. His wife, Rita, soon followed him. Avram worked every job he could get: “I worked as a gas station attendant… a construction site cleaner… a mechanic.” He eventually got into business — Woidislawsky is real estate developer and owns a large painting company. Before he got sick, Woidislawsky still worked seven days a week, taking daily meetings at a local coffee shop, where there is a chair marked just for him.

It’s that mentality of never giving up that Woidislawsky hopes to pass on to everyone fighting Covid-19. His wife thinks that, aside from his family, his relentless work and workout routine is what helped him survive.

I ask him what motivates him to keep working: “I just love it — I love the work, I’ve been working since the age of 11. And I’ve never missed a day of work — even when I was in Israel and when I was in Russia and Poland and the U.S., in America… I can’t wait to be back.” 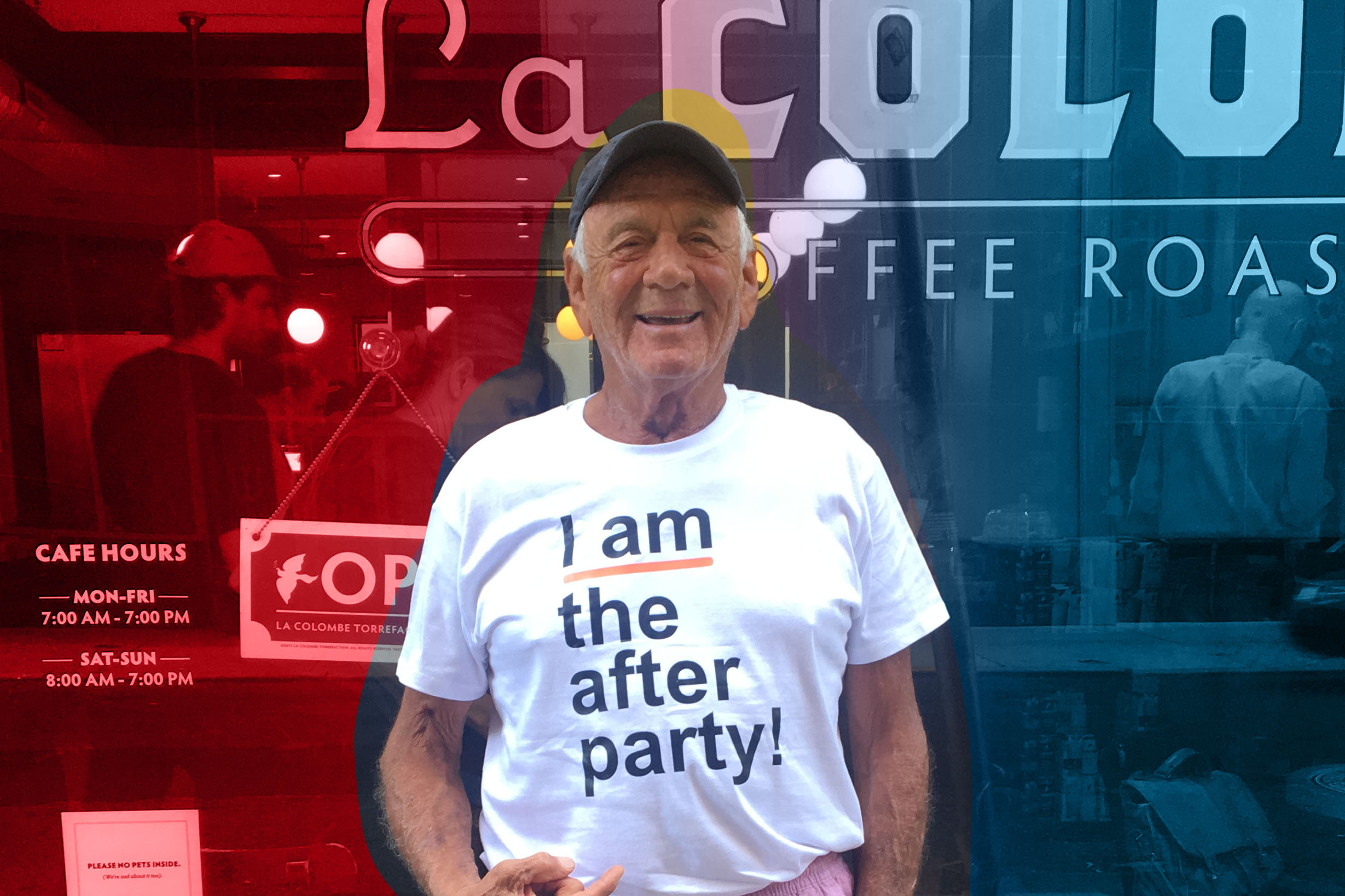 Avram outside the coffee shop he frequents

Woidislawsky is truly inspiring — he is already returning to his workout routine, taking walks every day — and is starting to regain his appetite. He’s surrounded by care and love from friends (whom he meets outdoors, of course) and family — a love that gets hefty returns.

As we talk, his daughter Gal comes to sit by him, and he tells me a story about her firstborn, Jonah.

“When her first son was born I used to go to her every weekend — from Friday to Sunday,” Avram says, his arm around his daughter, “and ‘eat him up.’ Wednesday comes around, and I tell Rita, I have to go back. And Rita tells me, ‘We just got back.’ I told her, ‘Maydele, that’s OK, I’m going by myself.’ And it was like that for a long time.”

Rita does say she wants to kvell about one thing: The treatment her husband received from two of his doctors: Dr. Michael Braffman and Dr. Paul Kinniry. “They are the ones who took care of him in the ICU, and they didn’t give up on him,” she says. “Because he, on the eve of Passover, was already supposed to go… But then he had a turnaround.”

Now, both his doctors and his wife say Woidislawsky’s a hero for surviving the deadly virus. And he hopes that his story will inspire others to survive and to keep fighting — and to give healthcare workers hope.

“He’s one of the toughest 80-year-old guys I’ve ever seen,” Kinniry, the director of critical care at Pennsylvania Hospital, told ABC. “I hope I’m in his shape at 80 years old.”

And Woidislawsky has one goal for 5871: to get back into pre-Covid shape and go back to work. If anyone can do it, he certainly can.

Header image via the Woidislawsky family