This Teen Had a Gender-Neutral ‘B Mitzvah’ 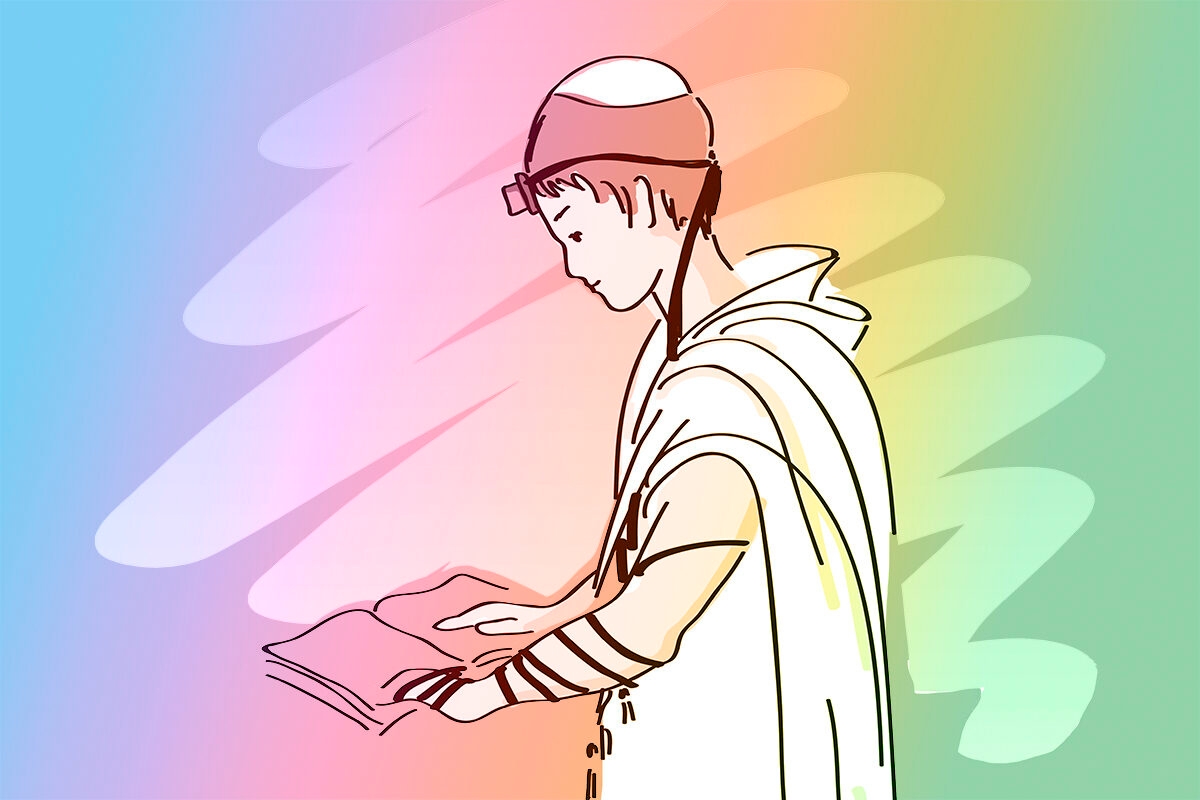 At just 13, Ruby Marx helped pave the way for queer and non-binary tweens everywhere when she chose to have a gender-neutral b’nai mitvah, or a “B mitzvah” as it’s sometimes called. Recognizing that this Jewish coming-of-age ceremony is coded by gender — it’s traditionally known as a bat mitzvah for girls and bar mitzvah for boys — Ruby elected to remove binary gender from this iconic life event.

As Marx told the Guardian reporter Molly Langmuir, she started dressing in “a more masculine way” when she was 3 years old. “I don’t feel like a boy, but I don’t feel like a girl either,” she says. “And the way I’ve expressed my gender has always been supported. My family knows I’m going to be masculine and still use female pronouns and just experiment. I talk to them about everything. All my grandparents know too.”

Marx may be a pioneer in this rising trend, but she is hardly alone. As the New York Times reported last spring, as many people — including preteens — explore gender identity and expression, gender-fluid Jewish coming-of-age ceremonies are becoming more popular. So popular, in fact, Keshet published its own guide to having B mitzvah.

These gender-fluid spins on this iconic rite-of-passage can go by different names: Some call them a bnai mitzvah — the plural of bar or bat mitzvah — which can be translated as “they mitzvah.” Whatever they’re called, however, these non-gendered ceremonies are reflecting a much-needed new approach to an age-old tradition.

“People want to have their whole lives reflect who they are, including major rites of passage,” said Rabbi Rachel Timoner, the senior rabbi at Brooklyn’s Congregation Beth Elohim, told the Times. “The traditions of Judaism adapt every generation. And this is one of the needs of our generation.”

As for Marx, who lives in Massachusetts, she says that her rabbi (whom she considers “the best rabbi”) was fully on board with the B mitzvah idea, and made changes to the conventional bat mitzvah service so that the gendered Hebrew words “bar” or “bat” were never used.

At her B mitzvah ceremony, Marx wore a blue suit with a customized tallit adorned with rainbows, rock n’ roll patches, and an image of one of her role models, Joan Jett, on the back. Her mitzvah project was inspired by her love for rock music: She raised money for Girls Rock Campaign Boston, an organization that runs a camp for girls and non-binary folks that she had attended.

While Ruby was the first person at her synagogue to have a B mitzvah, she says she wouldn’t have had it any other way. “If I had been forced to have a bat mitzvah I wouldn’t have wanted it as much,” she tells the Guardian. “It would have felt like I was just going through the motions. I wouldn’t have been able to be myself as it was happening.”

By contrast, by having B mitzvah, Marx participated in this Jewish custom in an authentic and positive way.

As society more broadly begins to reject rigid gender norms and heteronormativity, it is an inspiring example of progress to see a Jewish community like Marx’s emphasize this coming of age ceremony as becoming a Jewish adult, rather than enforcing the binary of becoming a Jewish woman or man. Yasher koach, Ruby, for allowing your truest self to help pave the way for generations to come.