This U.S. Couple Is On a Mission to Get Their Newborn Jewish Twins Out of Ukraine – Kveller
Skip to Content Skip to Footer

This U.S. Couple Is On a Mission to Get Their Newborn Jewish Twins Out of Ukraine 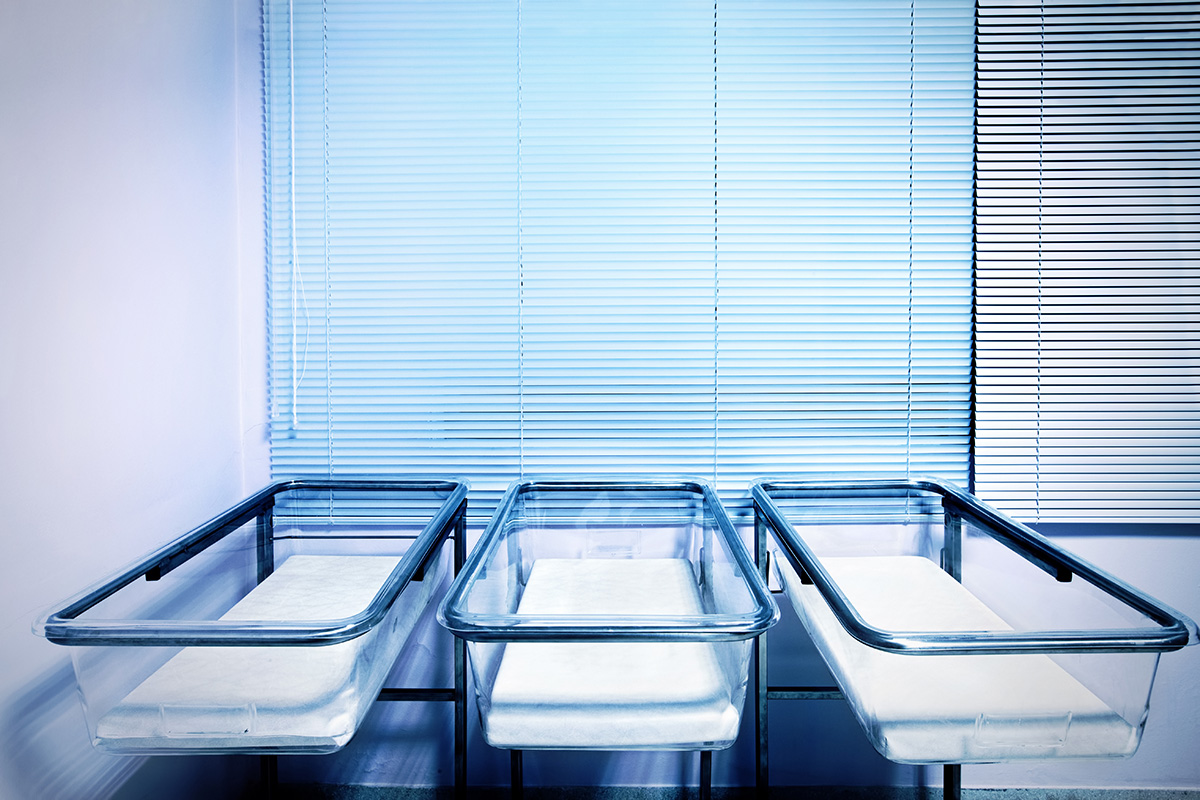 Like the rest of us, Alexander Spektor and Irma Nuñez have been anxiously attached to their screens, checking the news out of Ukraine as the country is under attack from Russia. Yet, the most important missives of the embattled European state come to them not in the form of newscasts, but as video and photo messages from a Kyiv hospital from their surrogate, Katya.

Last Thursday, they got that first call from Katya, who was previously not allowed to contact them directly following the guidelines of their surrogacy agreement. “You have two beautiful sons,” she told Spektor. The couple told their story to the Washington Post this week.

The couple’s twins were born seven weeks before their due date, but were each a respectable four pounds and born with a full head of hair. “These are Ukrainian heroes,” Katya later announced in a video message of the boys.

But now, the couple is trying to find a way to actually meet their twins — named Moishe and Lenny — who are currently sheltering in the basement of a Kyiv hospital, waiting to be moved to a more secure location. Their best shot is to get the babies to a safer city like Lviv, or across the border, to Poland, where they will then be able to meet them. But the babies need medical transport, which is hard to secure despite reaching out to the state department and their local representatives. A friend of the couple is currently raising funds for the rescue effort via GoFundMe.

For Spektor, seeking surrogacy in Kyiv was not just a matter of saving money (the surrogacy process in the country is significantly cheaper in the U.S., where it can cost upwards of $100,000). Spektor was born in the Ukrainian city.

Both twins were given Jewish names, honoring Spektor’s heritage as well as Irma’s Mexican roots. Leonid and Moishe were names of Spektor’s relatives, while their middle names were given to honor members of Nuñez’s family, Carlos and Rosario. The couple settled on Lenny instead of Leonid after two American Jewish icons: comedian Lenny Bruce and composer Leonard Bernstein, whose parents were Ukrainian Jews.

Nuñez and Spektor aren’t merely concerned for their own children — the Chicago-based couple are also working on securing evacuation for Katya, who has been suffering health complications following their birth, her 6-year-old son, as well as two other babies that were born to American families via surrogate in the embattled city.

“We’re in a position where we need to help not only our babies, but other babies,” Nuñez said.